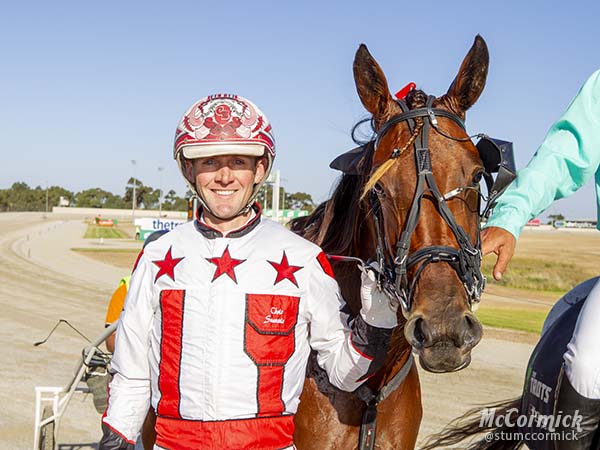 Chris Svanosio, Paddy Lee and Brett Shipway were lauded tonight when the Victorian Square Trotting Association celebrated those who shined in squaregaiting in 2020.

Held at Tabcorp Park Melton tonight as part of a great night’s racing, the awards respectively honoured excellence, rising talent and determination, and carried the names of greats of the sport.

Svanosio won the Bob Conroy Excellence in Trotting Award, which recognises someone who provides a great example.

Paddy Lee was a fitting winner of the Rising Star in Trotting Award, which is fittingly named in honour of his grand uncle, Dick Lee.

The Colin Redwood Determination in Trotting Award was also presented, with Brett Shipway awarded the gong that lauds the person who demonstrates perseverance, determination and passion.