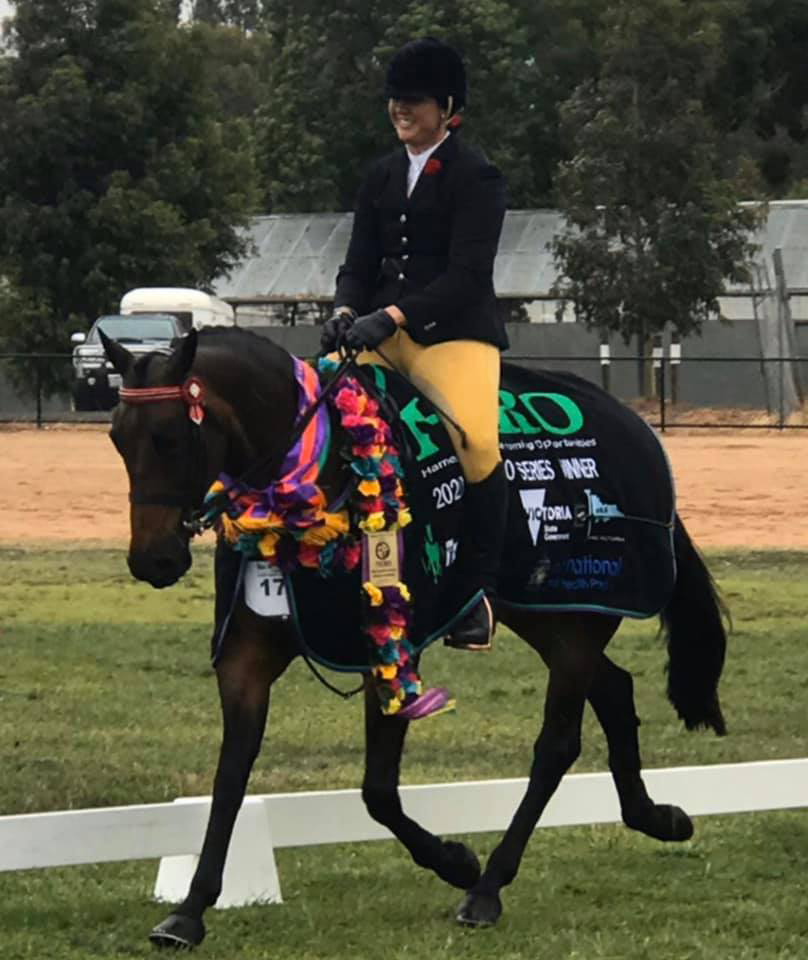 “I can’t put into words what this horse means to me”.

It was the veteran gelding’s second triumph in Victoria’s richest and most prestigious standardbred showing competition, having claimed top honours in the inaugural event in 2017.

He also finished runner-up in 2018 and 2019. Retirement now beckons for the 17-year-old son of Equitable who managed just one placing and $450 in stake earnings from nine race starts.

“I’ve always said this will be his last show season. He’ll probably compete at Barastoc Horse of the Year in February and that will be it,” Eboni suggested.

Maxwell Smart defeated a final field of 17 rivals (reduced from 27 entries due to principally to weather) to take home the 2020 Alabar HERO Series title and accompanying $1000 first prize cheque.

Eboni was also the best performed Owner/Rider which carried an additional $500 prize.

In the strongest and most competitive HERO Series Final in the event’s history, Operative Princess ridden by Fiona Sandkuhl for owner Loren Stemmer finished runner-up on a countback.

The 11-year-old Armbro Operative mare was also a racing failure, having never made it to the track.

A $200 Judge’s Encouragement Award was added to this year’s schedule in lieu of the Best Newcomer Award.

It was presented to Brylee Syme who rode Fair Smoken, a 2005 New Zealand bred son of Presidential Ball whose racing career reaped six wins and $18,000 in prizemoney. 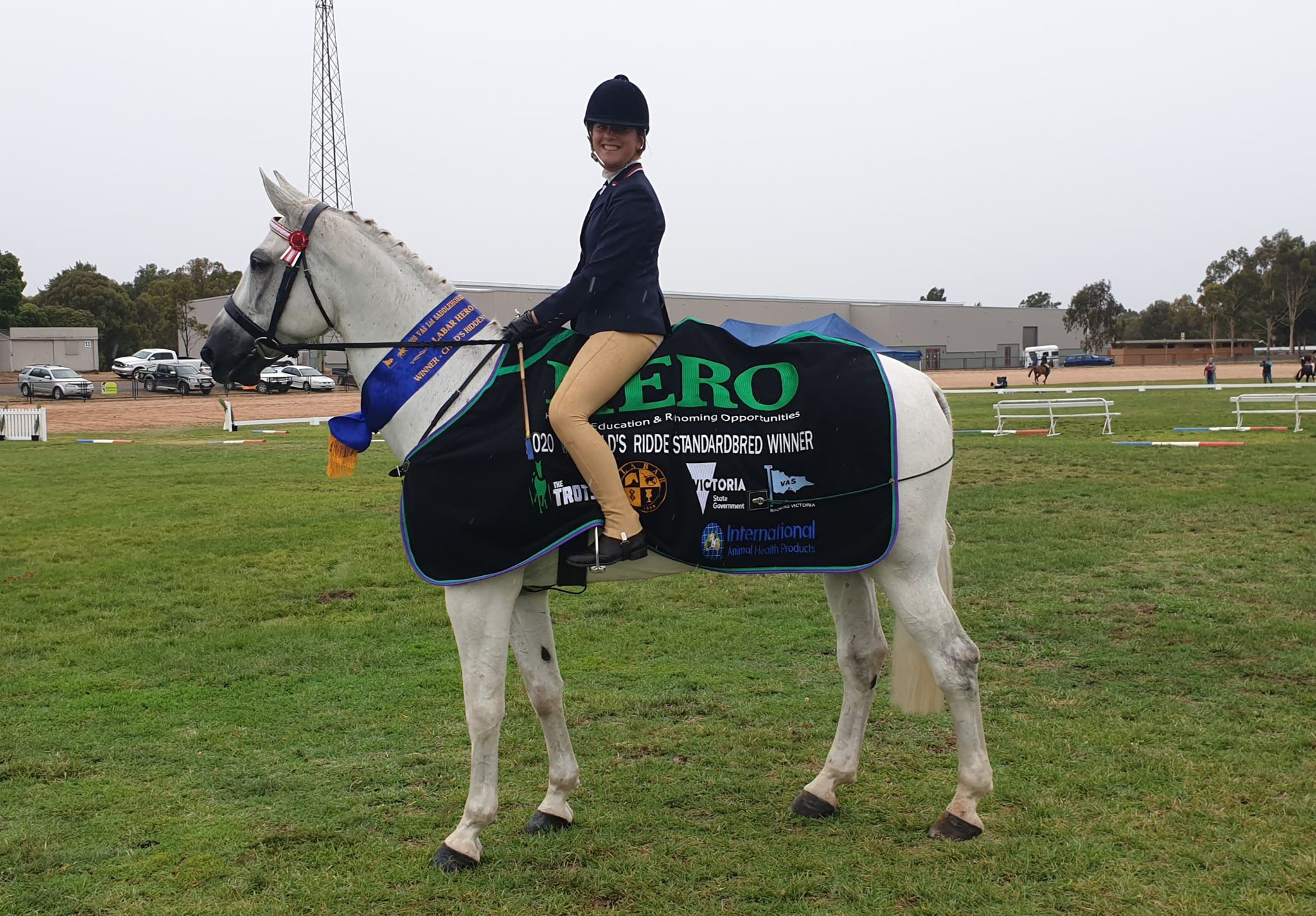