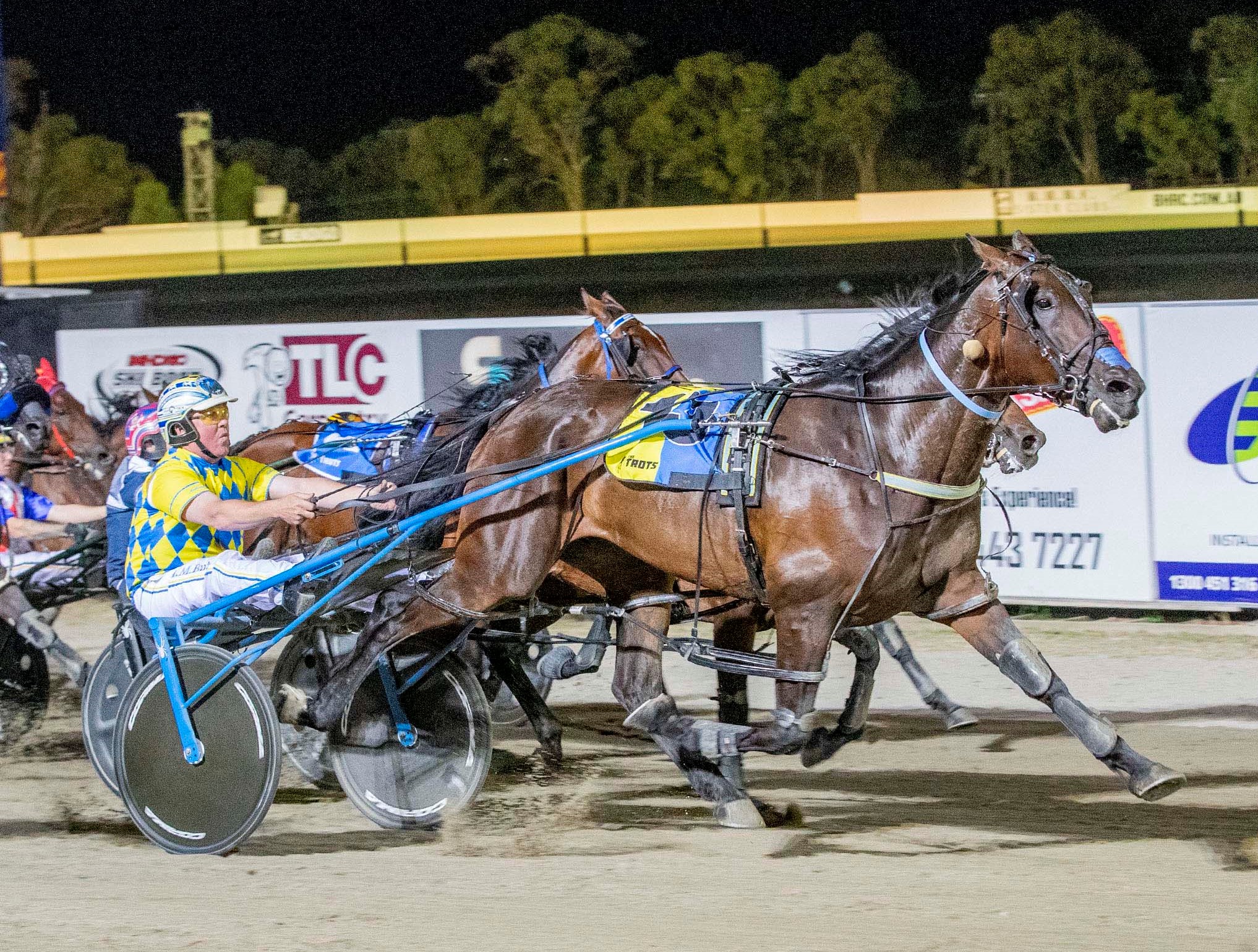 Trainer Anthony Butt has sights firmly set on the Pryde's Easifeed Victoria Cup later this year, and has rated Wolf Stride as his leading chance at securing a maiden win in the race.

While the son of Rock N Roll Heaven is regarded as top seed, Butt is also aiming three other stablemates at the Group 1 in October.

Wolf Stride emerged as a genuine top-liner last preparation, winning the Group 1 Allied Express Sprint, running third in the Miracle Mile and then closing the campaign with another elite level success in the Riverina Championship at Wagga during early April.

Dual derby winner Line Up, Warragul and Cobram Cup champion Perfect Stride and Boots Electric, who backed up his 4YO Bonanza win with South Australian Pacing Cup glory, are other stars bound for the $300,000 feature.

"All those four are heading towards the Victoria Cup," Butt, who trains alongside partner Sonya Smith, told thetrots.com.au.

"I'll try to keep them apart as much as I can, but obviously they are going to come together for maybe the Kilmore Cup or definitely the Victoria Cup.

"And then they may just go their separate ways. We may even take one to New Zealand and one to the Inter Dominion or split them up after that."

Butt said he certainly wouldn't take all four stablemates to the Inter Dominion Championships in New South Wales late this year, but felt a horse like Wolf Stride might best suit the demanding conditions of the series.

"He's been back in work for two weeks. He came back in fantastic order," Butt said.

"I think he'll be ready to race sometime in September."