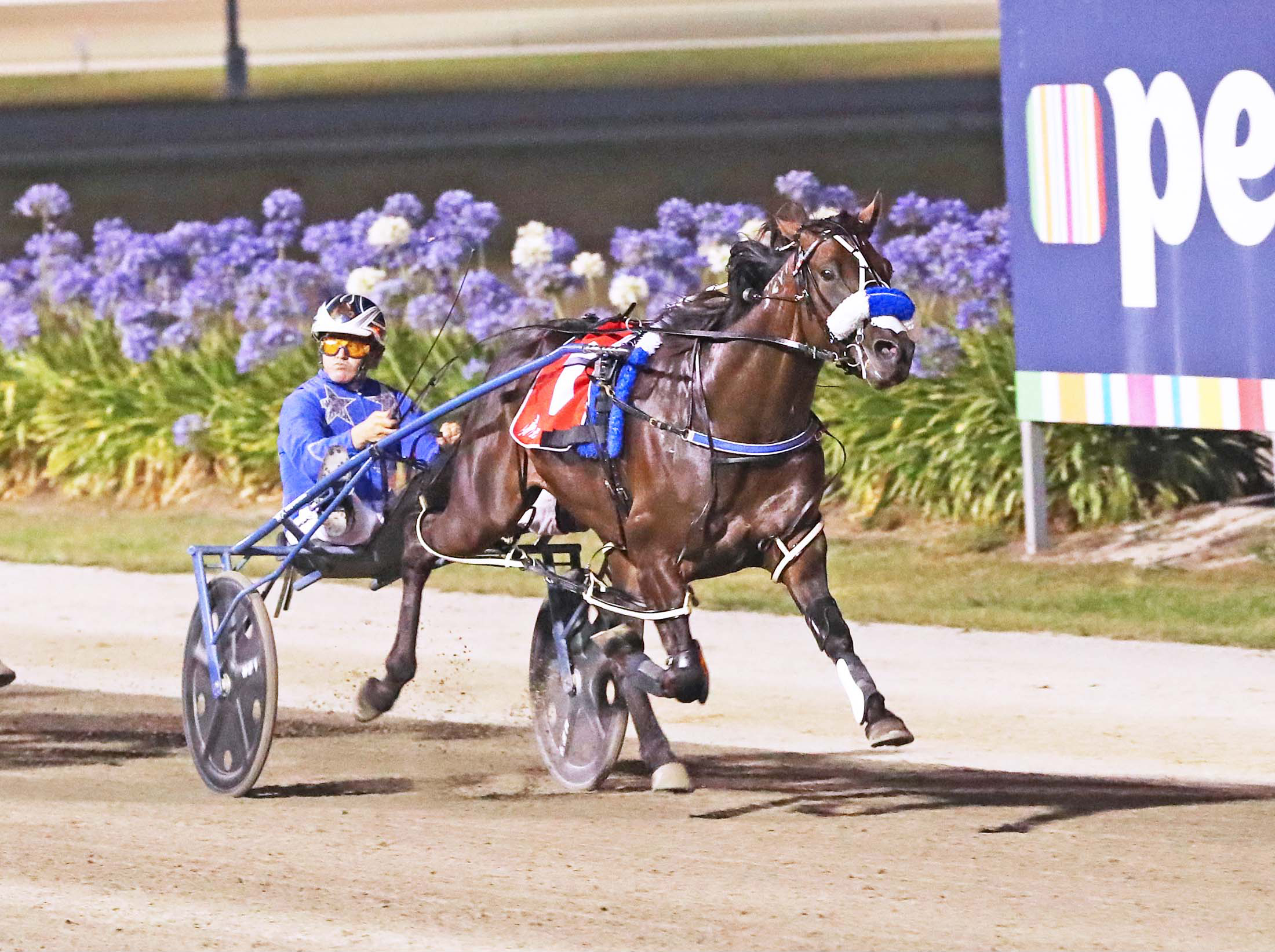 The players in tonight’s NZ$50,000 McMillan Feeds Flying Mile at Cambridge tonight have a common goal: they all want to be in the same place in the running.

Considering seven horses don’t fit into one, or at a pinch two positions, that could make for a thrilling start to the next feature on the open class pacing autumn tour.

Cambridge has managed to attract a strong field for the sprint, albeit reduced to seven by the scratching of Its All About Faith, but the race is a rarity in that almost every starter is best suited by leading or trailing.

You could suggest that is the case in any mile pacing race but for the seven starters tonight that bias is far more pronounced, with all of their best career wins recorded when in front or at worse in the trail.

We aren’t talking small fry races here either, with Spankem having won a Miracle Mile in front, South Coast Arden a Harness Jewels and NZ Free-For-All and even outsider Mach Dan winning the Newcastle Mile five starts ago when able to lead.

With the preferential barrier draw meaning the best performed horses draw the widest tonight, a disadvanatge exaggerated by the short run to the first bend, those first five strides at the start of the race will be crucial.

If South Coast Arden (barrier six) or Spankem (seven) managed to cross their opponents and lead they would become the horses to beat but the same probably applies to A Gs White Socks and Cranbourne, with the latter having had very little luck in two starts in the north.

Mach Dan wouldn’t be without a blowout hope if he is revved up to show his Australian level of gate speed while Hot And Treacherous has been gifted the ace draw by the scratching and he used that to almost beat Spankem in the Taylor Mile lasty starts ago.

Champion trainer Mark Purdon sums up the dilemma facing those drivers wide on the track.

“Spankem is right back to his best with the two-week break since the Messenger but I don’t think I’d even try going forward from out there because it is such a fast front line,” says Purdon.

“A horse like Cranbourne would be really hard to beat if he led, but then again so would most of them. I think the best we can hope for is a hot speed.”

The Flying Mile, which has traditionally been staged in January, has been totally dominated by those on the pace. For all the Group 1 achievements of those drawn wide punters should be careful. If you think you can find the leader and trailer after the early rush you are probably a long way to finding the winner.

The $50,000 Flying Mile Trot a race earlier has the same equation to finding the winner but with less answers because either Muscle Mountain or Bolt For Brilliance should win.

They are outstanding trotters who have both beaten Sundees Son this year and whoever out of the pair settles in front of the other will almost certainly win, with Temporale possibly holding the key to that.

Temporale is wickedly fast off the gate and should probably cross Muscle Mountain so if Bolt For Brilliance follows him across and can secure the lead off Temporale then he is half-way home.

However, if the giant Muscle Mountain can muster enough speed early to hold the tactical advantage over his arch rival it is near impossible to see him beaten.

Best bet: Mystic Max (R5 N9)
Class 3YO who should overcome his 20-metre handicap with the race being 2700m.

Scratching helps: Hot And Treacherous (R9 N2)
Not the best pacer in the big mile but might get the best run and loves Cambridge.

Improver: Upsize Me (R2 N2)
Still learning so has broken last two starts but less pressure here and better than most he meets tonight.