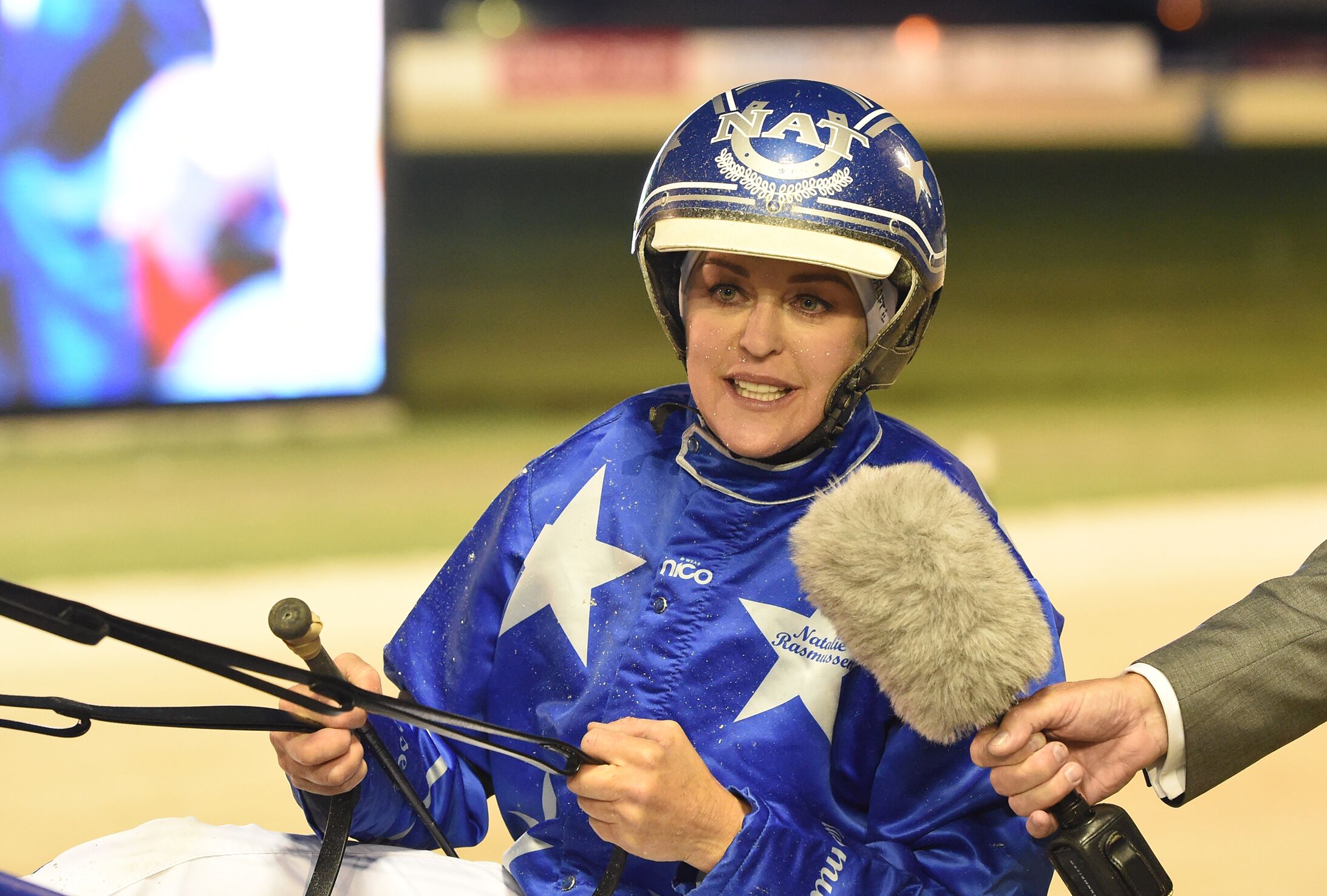 And that puts the great race’s most successful ever driver, Tony Herlihy, on Spankem, the horse Rasmussen drove to second the last time the Cup was run.

The Cup, Auckland harness racing’s biggest prize, will have its first May running this Friday as the final feature of a huge autumn after Harness Racing New Zealand radically altered its feature-race calendar.

The change from New Year’s Eve means no Cup was held last year, so the last time the 3200m Group 1 was staged was New Year’s Eve in 2020, when Amazing Dream grabbed stablemate Spankem on the line with Copy That third.

Rasmussen has been the regular driver of Spankem this season and won the Taylor Mile on him two starts ago but with partner Mark Purdon suspended and unable to drive the hot favourite on Friday, Rasmussen has made the tough but logical decision.

She has only won one Auckland Cup before, with Vincent in 2017, but has finished second not only on Spankem in 2020 but also the year before on Thefixer.

Rasmussen will find herself $1.40 to win it again on Friday with Self Assured showing no signs of his long campaign tiring him when he overcame a 20m handicap to win the Roy Purdon Memorial on Friday night, a victory that understandably meant so much to Mark Purdon, with the race named in honour of his late father.

“It meant a lot and especially to win it with a really good horse on Dad’s home track,” says Purdon.

Self Assured stepped away so quickly last Friday it eased any fears Purdon had about him returning to standing starts after a prolonged diet of mobile racing.

He will have to repeat those manners in a slightly more crowded environment this Friday, with only nine starters and three of them just behind the front line on the unruly, Self Assured could hardly have drawn better at barrier six, the outside of those horses standing up to the tapes.

Rasmussen’s choice means Herlihy will partner Spankem for the fourth time, having driven him three times as a three-year-old for three placings.

While that is hardly an enviable strike rate Herlihy’s Auckland Cup record is remarkable, having won the race eight times, dating back to Comedy Lad in 1986.

The Cup has attracted nine starters for Friday with the only expected entry not there being Hot And Treacherous.

The last-start Flying Mile winner at Cambridge has a pulled muscle, which rules him out of the race and he will now head to the spelling paddock after a very progressive summer and autumn that has firmly established him as an open class force.

The $250,000 Rowe Cup, also later than usual this year as it is usually held in the first week of May, is also on Friday night and has drawn eight starters.

Betting will be dominated by Sundees Son, who will be hot to make it a treble in the race after winning it in 2019 and last year, with the Rowe not held in 2020 because racing was halted for more than two months because of Covid. 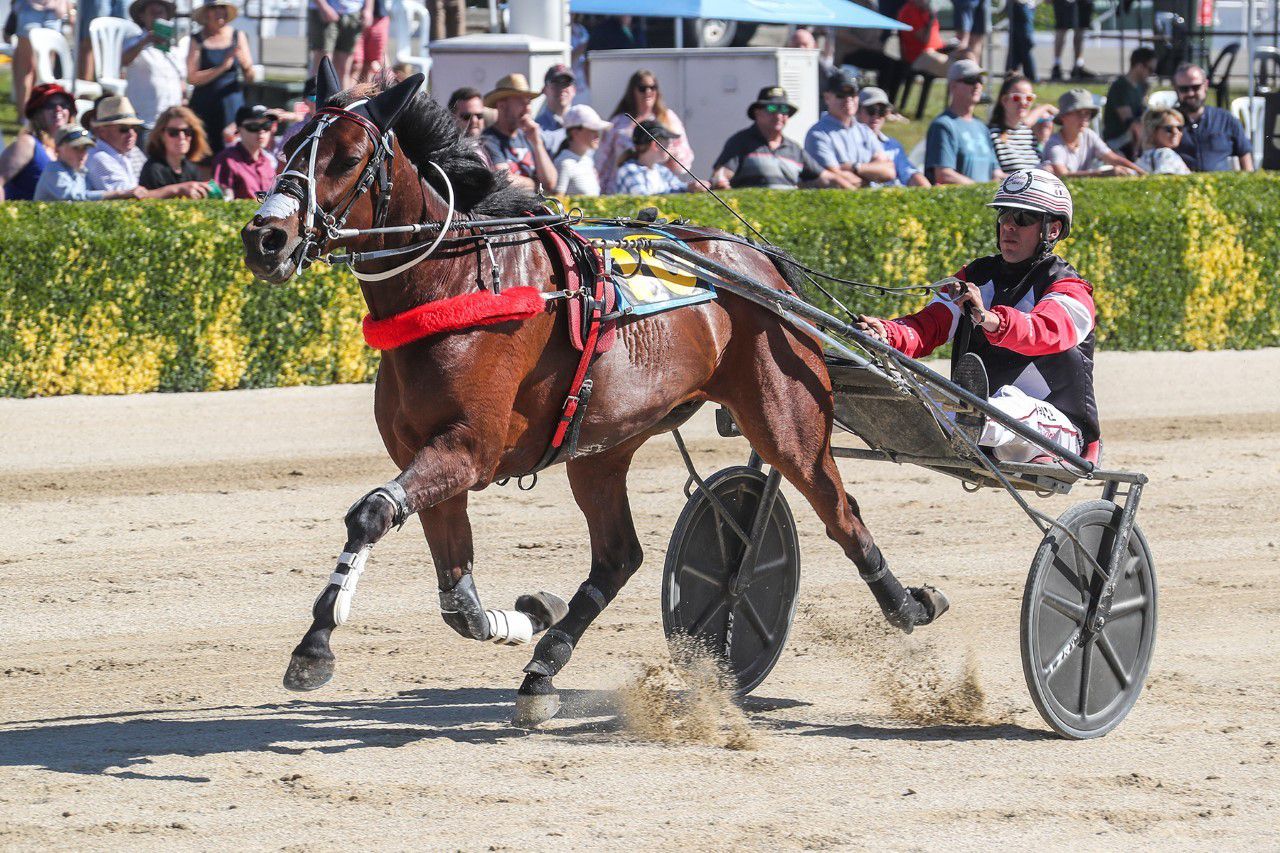 SPRINTING has never really been Sundees Son’s strength but he did it well enough to just win another Group 1 in the $100,000 Anzac Cup at Alexandra Park on Friday night.

The champion trotter sprung two surprises in the 2200m mobile, first by holding Bolt For Brilliance at the start then by being allowed to dawdle through the middle stages of the race in a 68-second half.

That was partly due to the waterlogged Alexandra Park track, also because driver John Dunn decided an easy run wouldn’t do him any harm leading into next Friday’s campaign-ending Rowe Cup.

And while he achieved the desired result Sundees Son was pushed far closer than usual by Bolt For Brilliance, who relished the race being turned into a sprint home.

It would have been awfully strange seeing Sundees Son being beaten when in front and co-trainer Robert Dunn admitted afterwards it was a case of getting a result as easily as possible.

“I think we all know staying is his forte and next week Johnny won’t drive him so pretty,” says Dunn.

“But he still won it and it shows you what a good horse Bolt is.”

Midnight Dash held third while Kimkar Dash earned her connections a healthy return for supporting the race by finishing fourth.

The other well supported runner in the race, Matua Tana, showed enormous speed but galloped several times and cut himself during one of those. He will need to heal quickly to be at his best for the Rowe Cup next Friday.

His trainer Paul Nairn had a far better result in the night’s other major trot when Masterly destroyed his opponents in the $70,000 Lone Star Sires’ Championship.

The race changed complexion enormously at the start when hot favourite Highgrove galloped and lost all chance but Masterly, having his first Alexandra Park start, trotted like he had been there 100 times.

Once he led for driver Bob Butt he never looked in danger of defeat and so commanding was his performance you could make a case even the best version of Highgrove might have struggled to come from behind to beat him.

“Obviously things changed when the favourite galloped but this is a pretty good horse,” says Nairn of Masterly, who won by six and three-quarter lengths.

“I actually bought him here on Wednesday and worked him and I am glad I did because it convinced me to make a few little gear alterations. He has always shown that talent, he works like a very good horse at home.”

The size of the victory and the fact Highgrove looked so ill at ease raised the possibility that Highgrove may not even start favourite for the Trotting Derby next Friday, especially with Double Delight set to join the boys in the classic.

Guerin: Auckland Cup triumph has Jein Feiss her patient Self

Guerin: Nat gets to know thy Self in hunt for second Auckland Cup