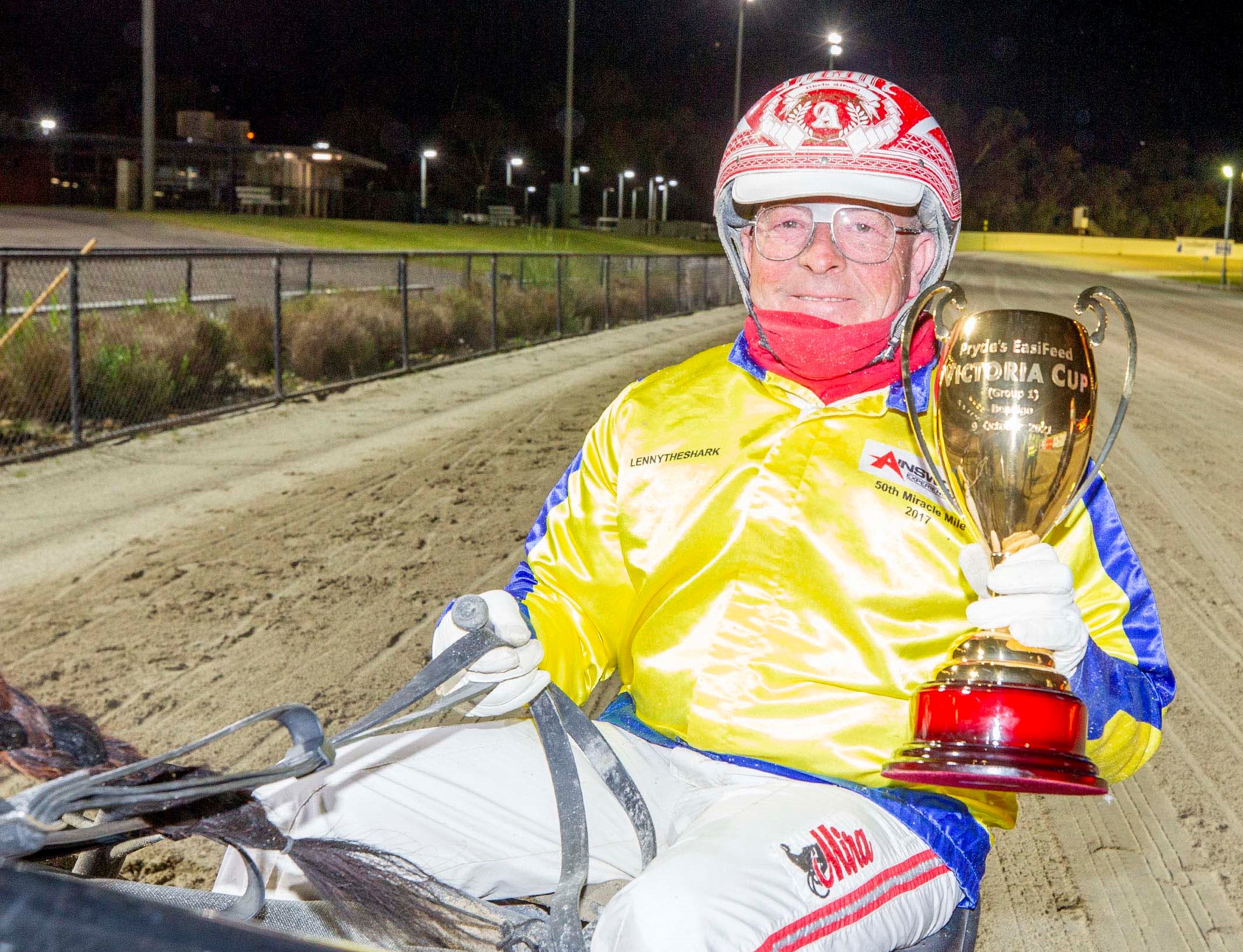 NOW the dust has settled, it’s time to reflect on the Victoria Cup Carnival.

What a remarkable success it was given all the challenges of COVID and what’s even more exciting is the potential for it to go another level next year.

It still feels a bit weird to say the carnival was at Bendigo, not our home at Melton, but all the whispers and intel suggest it certainly didn’t hurt betting turnover. The dogs are barking some monstrous figures.

And I’m sure it also felt weird for the successful trainers and drivers who didn’t have that important, deserved extra layer of excitement of fans, owners, family and friends cheering trackside. That’s something we all miss, a lot.

But the greatest potential is a massive uplift in interstate and Kiwi raiders when border restrictions are lifted after vaccination levels reach their targets.

Bundling the Victoria Derby and Oaks into the carnival was superb, but there’s no doubt COVID travel restrictions simply made it all too hard for more Kiwis and interstaters chasing the big bucks and feature race glory.

Much like the thoroughbreds Spring Racing Carnival so where the likes of Brett Prebble, Daniel Moor and Damien Oliver have made the very most of no interstate jockeys at the biggest racedays, Victoria Cup night proved a night to celebrate to many fantastic, long-term local stars like David Aiken, Chris Alford, John Justice and, of course, Emma Stewart and Clayton Tonkin.

But the backbone of our greatest carnivals has been the fact that the best come from everywhere to chase races like the Victoria and Hunter Cups, our Derby and Oaks and our feature trotting races.

We’ll get a much-needed taste of that again when the Breeders Crown rolls around at Melton next month.

Just on the Crown, I’m already counting down the days until we see our local darling Ladies In Red clash with Kiwi glamour girl Bettor Twist, who is already here and preparing at Nathan Purdon’s Lara barn.

Ladies In Red could be the best filly we’ve seen since Tailamade Lombo, but the Kiwis are raving about Bettor Twist and that Harness Jewels win of hers back in June was something to behold. 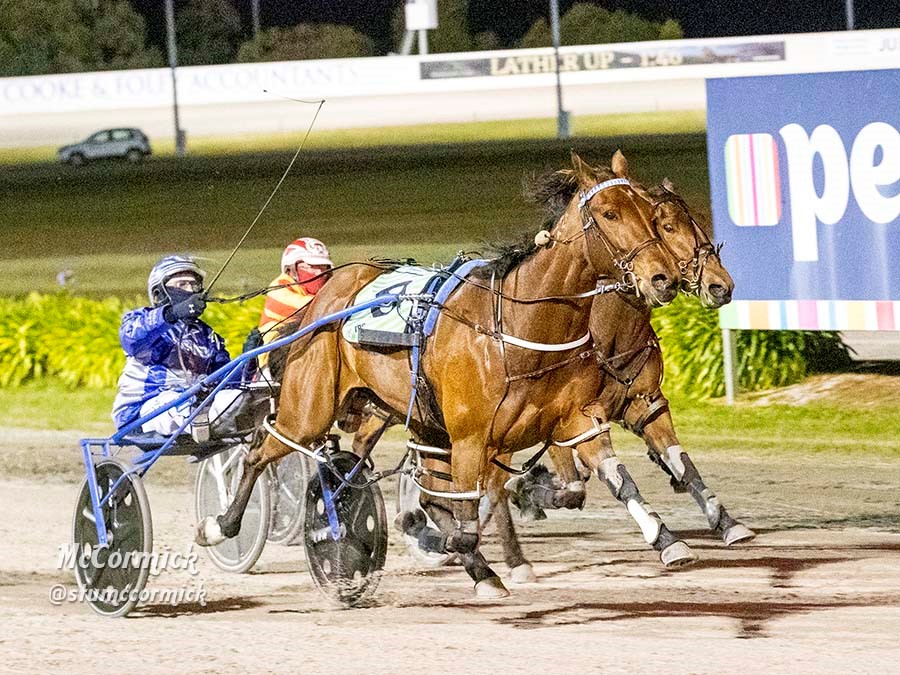 NO matter what Nathan Purdon achieves in his career, Spellbound will always have a special place.

When Purdon first moved from NZ to Lara, near Geelong, to continue his career it was Spellbound who first a horse for people to talk about.

And, just when he needed a “pep-up” – Spellbound did her thing again at Ballarat last Saturday night.

By his own admission, Purdon’s disappointing Victoria Cup night with Amazing Dream and American Dealer was “character building.”

Spellbound was a level below Amazing Dream back in NZ, but such has been her progress, Purdon isn’t so sure now.

“It’ll be interesting. There’s not much between them. Spellbound has just kept getting better over here. She’s improved again with the break since Queensland,” he said. “She’s a real class act.”

We won’t have to wait long to find out with Spellbound and Amazing Dream set to clash in Saturday week’s $100,000 Group 1 Queen of the Pacific at Melton.

Before then, both will race at Geelong on Saturday night; Amazing Dream in the Cup and Spellbound in the $30,000 Angelique Club Cup.

It doesn’t seem that long ago when Peter Manning and his daughter, Kerryn, were cutting a swathe through major races with a string of stars, none greater than the mighty trotter Knight Pistol.

It’s fitting Plymouth Chubb is a trotter and a super exciting one.

The son of Majestic Son made a mistake on debut, but has looked awesome winning all eight starts since, including last Saturday night’s Group 2 Tatlow Stakes at Ballarat. 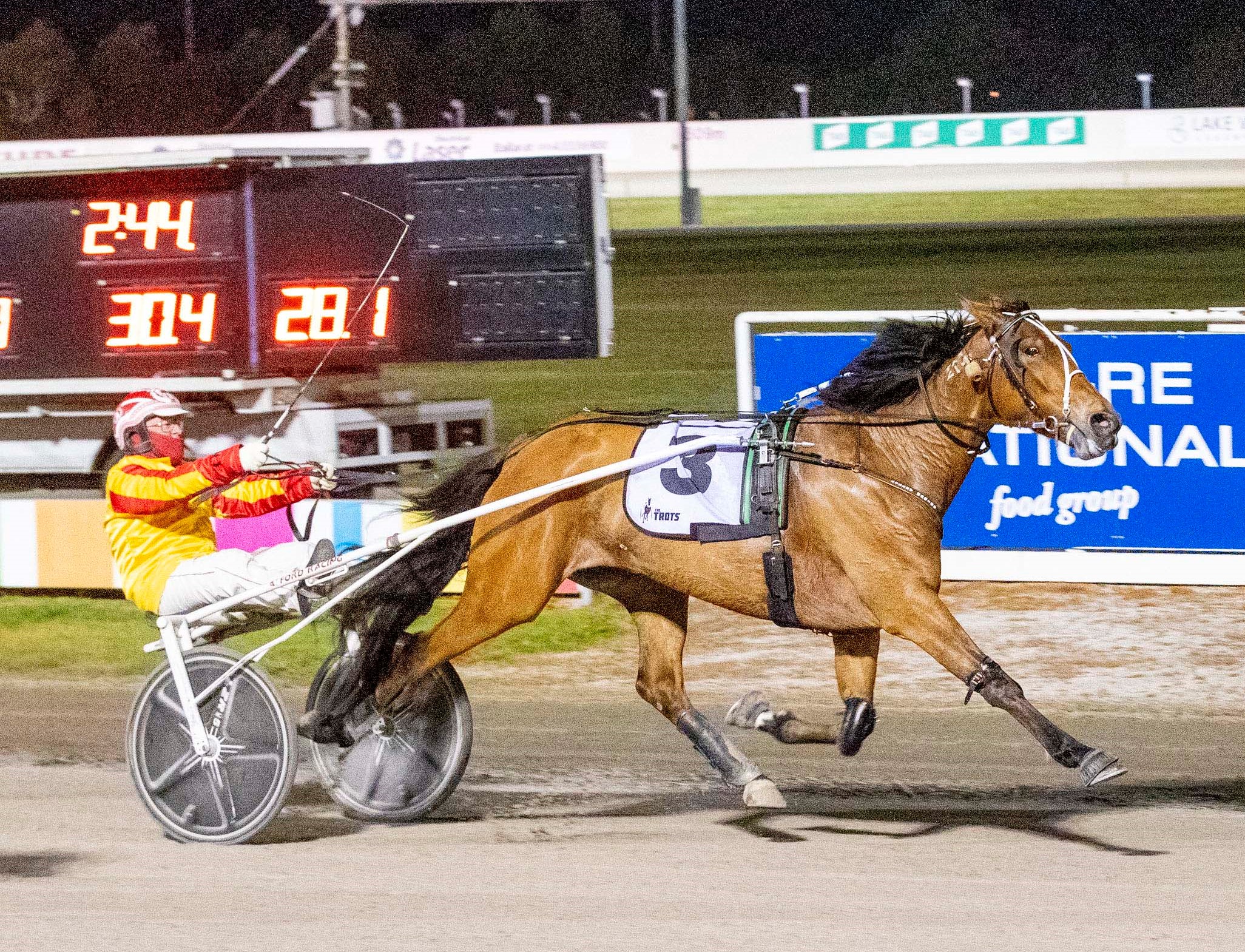 CHRIS Alford is in the zone.

Just as he effectively “won” the Victoria Cup by blasting Max Delight across to the early lead, it was a very similar story with Queen Elida in last Saturday night’s Group 1 Victoria Trotters’ Oaks with Queen Elida.

The big question was whether she could cross co-favourite Banglez at the start and Alford made sure she did.

Admittedly, it did look like Banglez was going to win before galloping in the home straight, but the fact she had to sit parked rather than lead certainly made her life harder.

It was yet another big win for the Alford and Brent Lilley combination.

Lilley has done a superb job with Queen Elida, who was unplaced in three NZ runs before joining his stable where she’s raced 14 times for eight wins and five placings.

Team McCarthy has opted to give him a couple of quiet weeks after his tough Victoria Cup placing and bypass Saturday week’s $100,000 Group 1 Len Smith Mile at Menangle.

“Expensive Ego is our main Len Smith horse,” Luke McCarthy said. “King is enjoying his time out and can have a bit longer before we wind him up again. He’ll either have one lead-up run a week before the Inters or go straight into the first round of heats.”

Expensive Ego resumed from a short spell with a Menangle last Saturday night. The margin wasn’t great, but he did have to run his own last quarter in 25.9sec to rundown stablemate and leader Alta Orlando.

Hamilton: Eureka our chance to reach for the mountains