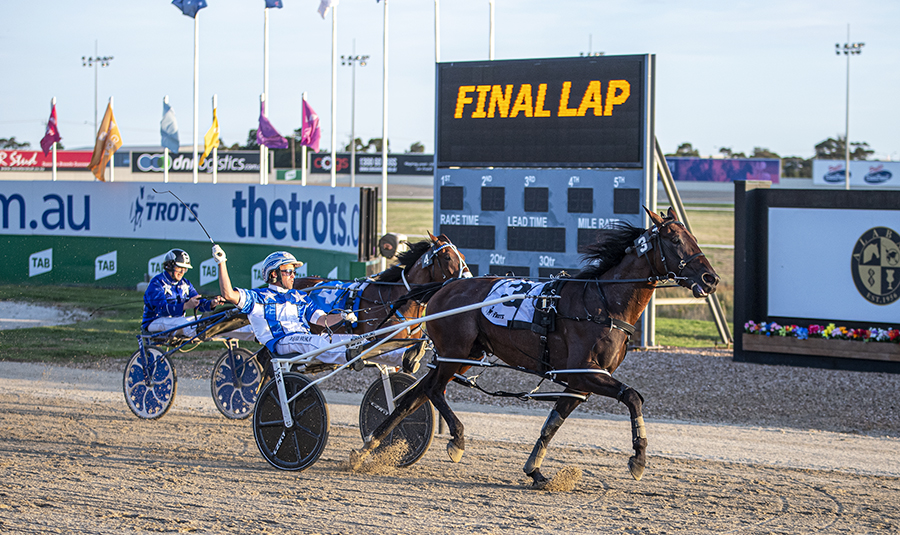 THE door is open and the contenders are coming knocking.

When LOCHINVAR ART was ruled out for the rest of this year with injury, the crown as Australia’s best was up for grabs.

Sure dual Miracle Mile winner KING OF SWING justifiably inherits the number one seeding, but the challengers are coming thick and fast, headed by EXPENSIVE EGO.

Although he’s got a lot to prove and needs to stay sound, but GENERAL DODGE has entered talks with his two stunning comeback wins.

And, of course, we all await news of when/if RIDE HIGH will be back in action.

Then there’s WOLF STRIDE, who came so far, so quickly last campaign.

I got the impression chatting with Luke McCarthy last week he already thinks is right there with King Of Swing. We’ll know more in a couple of months when they clash in the Group 1 Blacks A Fake at Albion Park.

You could argue Expensive Ego’s Miracle Mile run when second was as good as King Of Swing’s win and the former looks to still be on an upward spiral.

You wouldn’t see a softer Group 1 win than Expensive Ego in the Australian Gold 4YO final at Melton last Saturday night.

Even before the race, McCarthy said: “If he stays sound, he’ll be the next horse to be scared of.”

That’s not just anyone saying it, that’s Luke McCarthy.

Excitingly, even before the Blacks A Fake, we’ll get another great line on Expensive Ego when he tackles the new $250,000 Group 1 The Rising Sun in Queensland’s “Constellations” Winter Carnival.

The race could be one of the great success stories with the inaugural running set to pit Expensive Ego against NZ’s two most exciting pacers, COPY THAT and KRUG.

It should be something special.

General Dodge couldn’t have looked better in his two wins back, albeit of soft runs and great drives, but he just oozes X-factor.

Now it’s a case of hoping he stays sound and keeps building towards October’s Victoria Cup, which shapes as his first crack at the really big league.

In the wake of last Friday night’s barnstorming Derby win, Prentice said a Victoria Derby raid was a strong possibility later in the year.

“It would be a great next step for me, to travel a horse interstate, I’d love to do it and think he’d be the right sort of horse to do it with,” he said.

“He’s got a bit to get through here still first, a couple of $50,000 races in next few weeks then the WA-bred series. After that I’ll weight up the back end of the year.”

Prentice proved the giant-killer again, just as he did in last year’s Group 1 2YO Golden Slipper at Gloucester Park, when he used Mighty Ronaldo’s speed to storm home over his major rivals.

Last Friday night’s Derby was billed as a match race between glamour pair LAVRA JOE and JUMPINGJACKMAC, who went at each through the middle stages, while Prentice sat, waited and hoped for clear air from four pegs.

“When the gap came, he picked up and sprinted so quickly, I knew he had them,” Prentice said.

Prentice described the win up with the best of his career, but lamented the fact owners Glen Mortimer others weren’t allowed trackside because of Perth’s ongoing COVID-19 restrictions.

“It was a special race to win, one I’ve always wanted, and to do it after the build-up around the other two stars is extra special,” he said. “It’s just a shame for everyone there was no crowd and my owners couldn’t be there. There might’ve been only 10 people on the lawn when I came back. There was no atmosphere.” 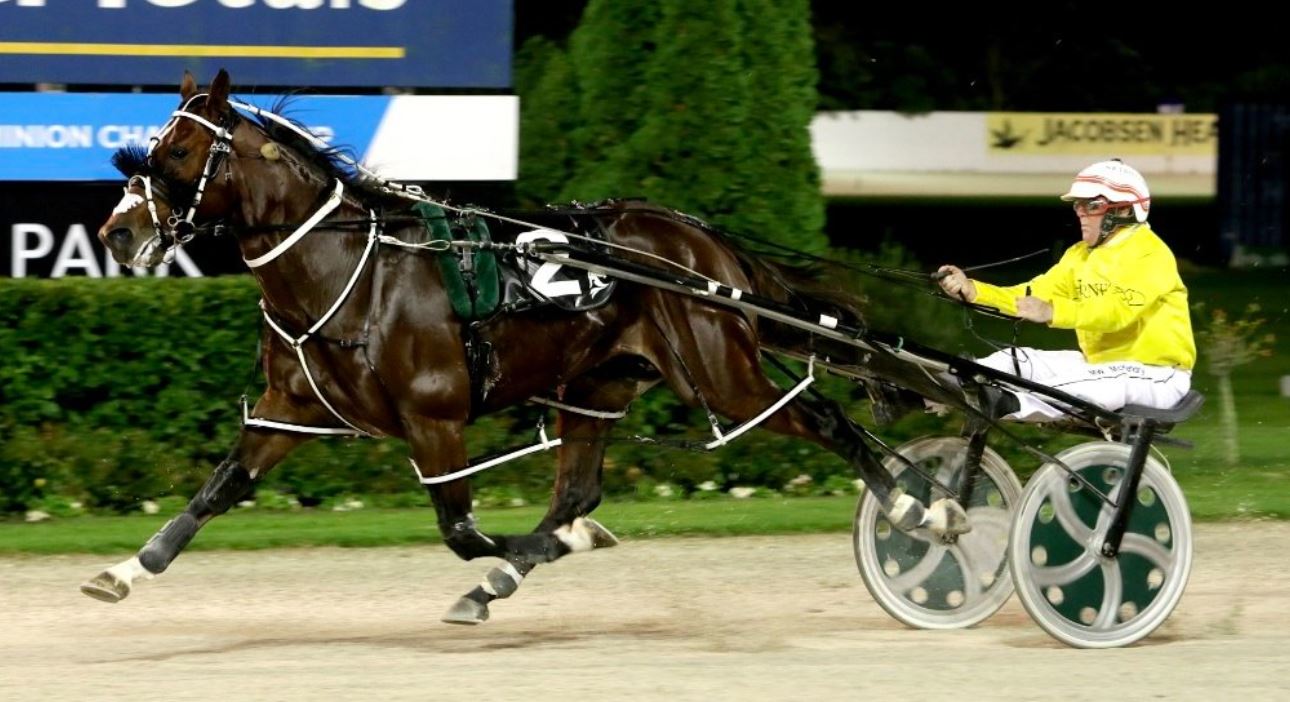 SOME mixed news for Aussies fans with the future paths of the two stars out of last Friday night’s stellar Alexandra Park meeting in Auckland.

The Aussie-owned COPY THAT – raced by Victorians Merv and Meg Butterworth – is definitely headed our way for a two or three runs in the huge Queensland’s Constellations Carnival.

His main target is the new Group 1 The Rising Sun, but that comes after he tackles the Harness Jewels in Cambridge in early June.

Sadly, it seems we may never get to see NZ’s dominant trotter SUNDEES SON race here.

It was hoped he may tackle the NSW Inter Dominion trotting series in November/December, but connections have a string of feature races in Christchurch and Auckland around the same time and will stay home.

Hamilton: Knight to remember for Mannings as Chubb fires

Hamilton: Expense all but declared, Derby delight and Emma's elite