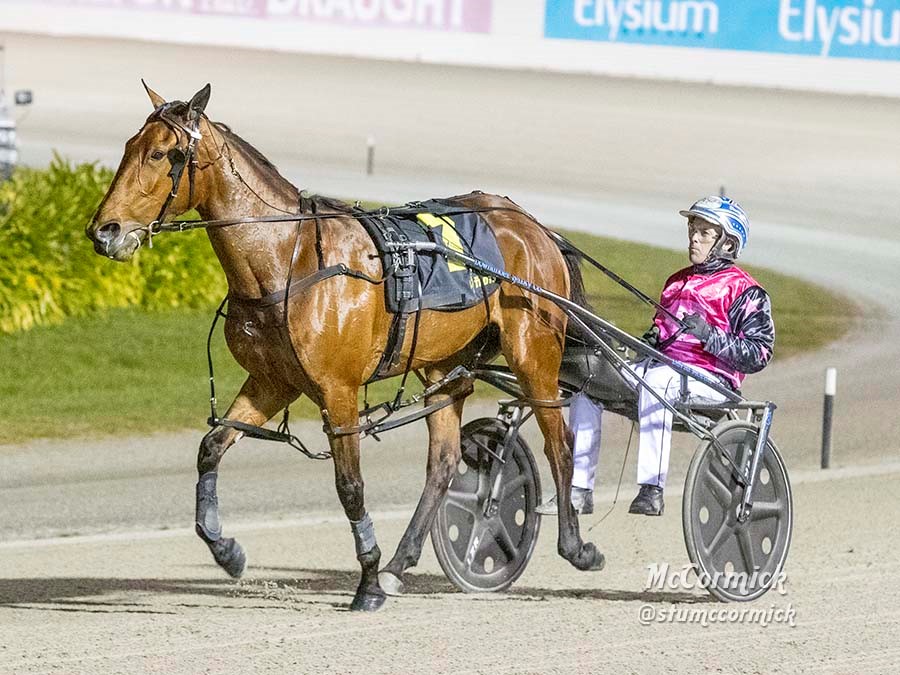 DAVID Moran knows the importance of looking ahead and not back in this game.

It would’ve been pretty easy to sulk a little when his stable star Lochinvar Art was sidelined indefinitely in his prime and then have NSW Derby winner Patsbeachstorm mysteriously and frustratingly lose his mojo.

But Moran has kept his focus and the opportunities are flowing, big time.

Not only is he a man in demand with the powerhouse Emma Stewart/Clayton Tonkin stable, but he was booked yesterday (Sunday) to drive champion pacer and clear favourite King Of Swing in the $300,000 Group 1 Victoria Cup on October 9.

“I was just saying on the way home from the trots last night (Saturday) how easy it is to take things for granted. I know I’m in such a privileged position to train and drive some of the great horses I have over the past few years,” Moran said.

“Being asked to drive King Of Swing is pretty special. We all know what a great horse he is and how hard he’ll be to beat (in the Victoria Cup).”

King Of Swing will headline what shapes as a stunning book of drives for Moran on Victoria Cup night.

“Obviously it’s Oaks final night as well with Ladies In Red and, depending on who Emma and Clayton want me to drive, there are big two-year-old races for a couple I’ve driven already in Irish Black Label (filly) and Lightning Dan (colt),” he said.

Ladies In Red gave Moran a “special feeling” when she took full advantage of a better barrier to stretch her record to 6-1 over stablemate and arch-rival Tough Tilly in the Argent Classic at Ballarat last Saturday night.

“She was so relaxed, felt a bit lazy and only did what we had to do first-up, but she felt a lot sharper when I asked her to go this time,” he said. “She felt awesome down the home straight.

“Maybe Tough Tilly can make a race of it with her if she draws inside her, but apart from that I can’t see anything getting near her for the rest of the season.

“I know Tough Tilly beat us in the Vicbred final and I’ve got a lot of respect for her, but Ladies In Red wasn’t at her top then. Her last two runs were just a bit below her very best.”

IT will be a couple of months before we see Australia’s most exciting pacer Magnificent Storm in action again.

Trainer Ray Williams’ plan was always to have a “mini” Winter campaign, then give his potential superstar a break before targeting the big Fremantle and WA Pacing Cups double in January.

Magnificent Storm went out in great style, too. In contrast to giving punters a scare a week earlier, he was back to his dominant best last Friday night.

Sitting outside main danger Vampiro proved no issue as Magnificent Storm had the race won rounding the home and was nursed to the line late by stand-in driver Aiden De Campo.

Hopefully Minstrel and Mighty Conqueror regain their best form and we see Chicago Bull back and firing and those Fremantle and WA Cups will be races to really look forward to.

Should Magnificent Storm take that next step and win one or both, Williams knows the pressure will be on from owners, headed by Robbie Tomlinson, to chase the Miracle Mile. 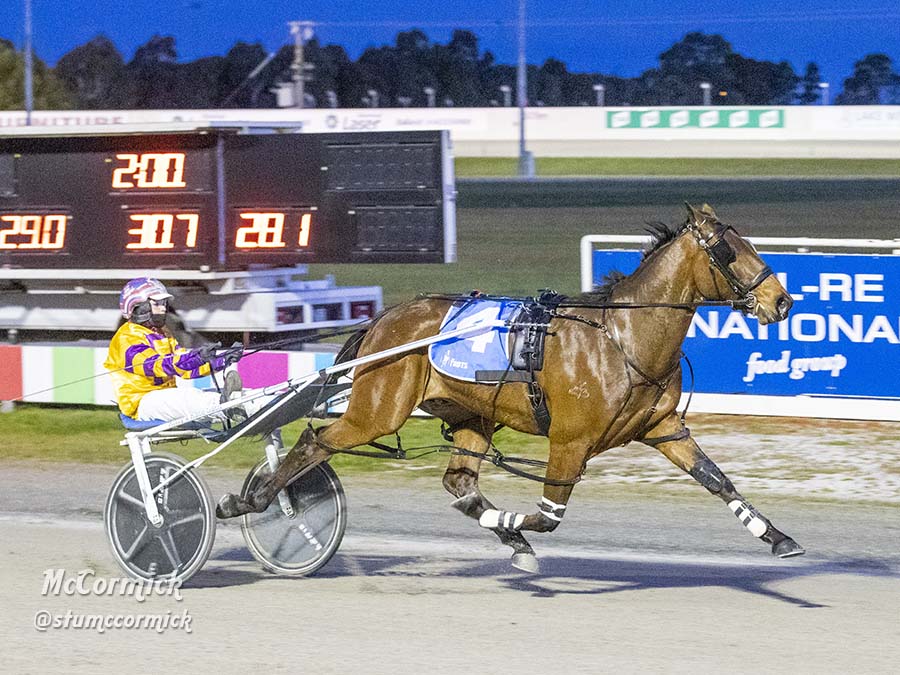 When Andy Gath says it’s a decade since he’s had a juvenile as good as Catch A Wave, no doubt he’s referencing Renaissance Man.

Although we never got to see the best of Renaissance Man, his talent and especially his sheer speed, was something to behold.

Catch A Wave’s speed looks lethal, too. He smashed the clock coming from off the speed to win on debut then ripped home in 54.6sec to win the final at Ballarat.

While Emma Stewart and Clayton Tonkin have dominated Victoria’s juvenile features for the best part of a decade, Gath looks to have one to give them something to think about this season.

The best horse they’ve raced is former star trotter Let Me Thru, who won 19 of 30 starts and looked set for superstardom before complications after a breathing operation.