OVERVIEW: LOYOLA GOLF (4) hasn’t enjoyed the best of luck in recent times and is very close to a win. Definite chance. DALLAS PATRICK (3) capable pacer racing well and did his share of work last start. One of the main winning chances. TIMELY SOVEREIGN (6) locally trained pacer that rarely runs a poor race and will find this slightly easier than recent starts. Expect a good showing. SWISS LIGHTNING (1) an ideal draw for this pacer and should be prominent throughout and must be respected. GLENS OF TEKOA (2) is never far away and has claims along with DIDSHEDOIT (8) and TOPHUT JOHNY (5).

OVERVIEW: SHARKATTACK (1) gets the ideal pole position, and he should be well poised throughout and looks a major chance. PLAINS IN HEAVEN (2) speedy type that is getting fitter with each run and can give a big sight. MISTER EXCESSIVE (4) nice effort first up and finished off strongly last start and expect further improvement. JILLIBY JAY SEA (5) resumes from a long spell and showed ability last campaign. Recent trial winner and can run well fresh. YANKEE GAMBLER (6) lovely run on his race debut and shows ability. Drawn wide but don’t dismiss. MODERN JIVE (3) interesting runner that has changed stables to join the powerful Julie Douglas team. Keep safe.  THEY CALL ME AL (9) can keep improving and is a first four hope.

OVERVIEW: STRAIGHT UP (9) is third up from a spell and should be primed for this. Drawn to get a nice run through from the second line and should prove hard to hold out. MADAM AUCKLAND (10) didn’t enjoy the best of runs last start and should be running home strongly and is one of the chances.  WHEREYAGOINBABE (2) gets a favourable draw and should be well poised and will take some catching. Definite winning chance. BOLD ART (4) KEMSPEYS DELIGHT (7) LOVEM LAUGHTER (8) are never too far away and must be included in the place chances.

OVERVIEW: KYVALLEY PAINT (8) is racing well and close to another win. Finished off strongly last start and if the breaks go his way expect a strong showing. TICTOK (13) smart mare that did things wrong last start and despite the tough draw will be hard to hold out. DI LI (7) is racing well and battled on strongly last start after working hard. Definite winning chance.  COUNTESS CHIRON (12) is flying and despite meeting stronger opposition here can run a mighty race again.  BACARDI JESS (5) QUICK WITTED (1) GET SMART MAX (6) SUPPLANTER (2) EVERYBODYLOVESME (9) are all amongst the place and first four chances.

OVERVIEW: MACHSTIQUE (2) is working back into form and should be well poised to be fighting out the finish. CUTTY SARK (3) is a speedy type that is well suited over this sprint trip and should prove hard to run down. ERIC THE KICKER (6) is racing slightly below his best and can improve. Expect him to be running on strongly. BETTER EXCLUSIVE (9) is racing well and never far away and one of the chances. Stable mates HAIR RAZOR (7) and VAN GOGH (8) can’t be dismissed amongst the placings. OUR ART WORK (4) and EXALTED FIGURE (5) resume from spells and have ability and might run well fresh. BRING THE FLAVE (1) can improve.

OVERVIEW: KEAYANG XENA (9) resumes from a spell when finishing 5th in the Group One Vicbred Final back in December and was also runner up in the Breeders Crown Final for 3yo fillies. Quality filly that will be hard to hold out first up. MEGHAN (1) hasn’t enjoyed the best of luck at her past two starts coming off big handicaps. Front line here will help and can give a mighty sight.  ELEGANT JET (3) capable mare that can mix her form but don’t dismiss. HERE COMES KYVALLEY (4) something was amiss last start, but his prior form was solid. One of the chances. DOWN UNDER EARL (7) BLUE COMAN (11) MADEAKILLIN (10) HONEY BOURBON (8) all have good ability and can run well to be amongst the place and first four hopes.

OVERVIEW: HARRYHOO (3) will strip fitter for his first up effort when looking a winning chance on the home turn. Expect improvement in this. TELEMACHUS (7) is racing well and despite the wide draw will be hard to hold out. MARKLEIGH CAZ (4) resumes from a spell and can run well fresh whilst stable mate FRAGMENTAL (2) will be in a forward position and has claims. ASHARAH (6) FEELS LIKA BOSS (8) WHITE STAR VILLAGE (9) are never far away and can’t be dismissed.

OVERVIEW: LEER (4) is racing well and strikes a suitable race here to be hard to hold out. ROCKING BUGATTI (3) disappointed last start after working hard but his prior form was solid. Worthy of another chance. WHATS STANLEY GOT (8) can mix his form but has drawn to get a soft trip and if the breaks go his way he will be running on strongly. CARLOAD (6) and ROYAL SPEECH (7) are never far away and have claims whilst DELIGHTFUL MIA (5) EVER HOPING (2) OUTBACK SHADOW (1) WRITE ABOUT ANGUS (9) are place and first four hopes.

OVERVIEW: BIG ROCKIN DAN (5) (Rock N Roll Heaven) is a first starter for trainer Philip Chircop, which has won three of his five trial performances to date, the latest victory being at Bacchus Marsh on Saturday, where he finished off in a handy final half of 58.8 seconds. He obviously has ability and strikes a suitable assignment first up. CAPTAIN OF SPEED (3) (Captaintreacherous) is a debutante for trainer Freddy Taiba, which finished fifth at a recent Kilmore trial performance. She should have benefited from the experience and is worth an investment. MODERN GINGER (1) is a fast beginner and attempted to lead throughout when fourth at Cranbourne on July 24. He took cover and was shuffled back on the markers at his latest fourth so he is worth thought from the pole position. GIGLIO (8) settled in a rearward position and produced a big finish out wide on the track when a game third at his first run for nearly a year. He should be sharper from that performance and is worth a ticket each way

OVERVIEW: BLAZIN HEAVEN (7) is poorly drawn but is nearing a win against this class having been placed in five of her past six starts. She settled three back on the inside, gained a clear passage on the home turn and finished off well for third behind Mister Nien at Melton on Wednesday. BLUE CHIPPED (4) was resuming since January when third behind Nifty Jolt at Melton on Wednesday. He settled midfield and was grinding away in the straight so he must be considered as one of the leading chances in this event. OFFICIALLY SHADY (5) trailed the leader and used the sprint lane when a close second behind Metro Man at Cranbourne prior to a sixth at Kilmore. He places more often than he wins but he is worth thought under these conditions. TIPOFTHETONGUE (6) has been placed in two of her past four starts against similar opposition and has claims. SKEDADDLE SHANNON (8) showed a glimpse of his best form when third behind Waiting for Love at Kilmore then broke stride and lost his chance last time out. He has the speed to figure in the finish if he delivers a fool proof display.

OVERVIEW: SEASIDE SISTER (6) will appreciate a big drop back in class for this assignment and should prove hard to beat. She tired after setting the speed when seventh behind Write About Angus at her latest attempt but she recorded a handy mile rate of 1.56.2 when she scored at Bendigo on May 05. DIEGOS DIAMOND (7) has been racing consistently against similar opposition and looms as the logical threat. He dropped out to last from an awkward draw in the early stages and did a good job to roll into third behind Miradero at Ballarat last outing. TOMMY BLIGH (3) trailed the leader when he scored two starts ago then finished unplaced behind Jay Bee at Yarra Valley. He is drawn to obtain a prominent position in the early stages and is worth another chance.  CLASSY COUNTESS (2) attempted to lead throughout when second behind TOMMY BLIGH (3) at Cranbourne two starts ago and is drawn to receive every chance so she is not without a chance.

OVERVIEW: JUST AS WELL (4) shot out at the start and speared to the lead when third behind the smart former New Zealander Justalittlesip at Yarra Valley last outing. She is a talented mare that hasn’t finished further back than fourth at her past eleven starts so she must be rated highly. There are several fast beginners drawn on the front line but if BYALLA BOY (3) is able to get across to the markers and trail behind JUST AS WELL (4), he will be very competitive. He recorded a mile rate of 1.55.1 when he scored at Melton in May. POST GAME (6) has returned from a spell in career best form with two wins and two seconds from four starts. He raced wide in the final circuit, hit the lead and was run down on the line by The Chancer at his latest narrow second. RUESLAN (5) gained a nice trail forward and finished off best to win at Ballarat last outing. He is meeting a slightly stronger field but should run his usual honest race. Other chances include JOSHUA RICHARD (8), OUR UNCLE JIM (9) and WOTDIDUSAAAY (10).

OVERVIEW: STAR HUNTER (9) hasn’t raced since August 2019 when tenth in the Breeders Crown Final. He finished fast when a big second behind the Metropolitan class pacer Villacci at a Cranbourne trial performance on July 24 so a bold showing is expected first up. CHARISMA KING (5) is racing in career best form having won three of his past four starts. He pressed forward at the start to find the lead and dominated his rivals when he scored at Stawell last week so he should prove hard to beat again but he does have two extremely fast beginners in GROOM (3) and MISTER NIEN (4) drawn on his inside. LOTAKEVI (2) finished off solidly via the sprint lane and just failed to pick up Heidi Go Seek at his latest narrow second. He will be suited if there is a fast tempo in the early stages and is worth a ticket each way. MISTER NIEN (4) led throughout at a Melton victory on Wednesday and has claims along with GROOM (3).

OVERVIEW: HELANSIN (1) is resuming since a fourth in the Super Series Bronze event in December but he was able to dead-heat for first with Hurricane Hussler at a Bacchus Marsh trial on Saturday, where the final half was run in a slick 57.6 seconds so he must be respected. SWEET SANGRIA (2) was resuming since May when she finished nicely for second behind Therockgod at Bendigo. She has built up a consistent record since coming from Queensland and looms as one of the leading chances again. MASTER REMI (5) settled midfield and picked up some ground in a slick final 800m when fourth behind Kurun Express at Yarra Valley. He has been racing at his peak form and should go well again. DUFFY HOLLOW (6) settled in a rearward position and never threatened at Ballarat last outing but he is capable of a better performance. He led throughout at his Australian debut on June 13.

OVERVIEW: ILLAWONG BENITA (2) is resuming since winning a heat of the Breeders Crown in November but she will be fitter for two recent trial performances, which has yielded a first and a second. She is a quality filly and must be rated highly. EL RESAMO (6) finally did everything right when he pushed forward to find the lead, rolled along at a genuine tempo and scored easily at Maryborough. He is still learning but he has a lot of ability and is worth thought again. BUILDER BOB (5) is resuming since a third behind Normandy Belle at Melton in December but he led and finished second behind Vatican Hill at a Melton trial effort last week so he cannot be underestimated. MOJITO MADNESS (1) is a fast beginner and is drawn to receive every chance so he is not without a chance. 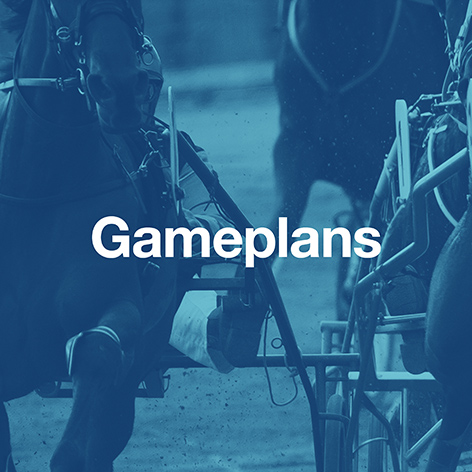 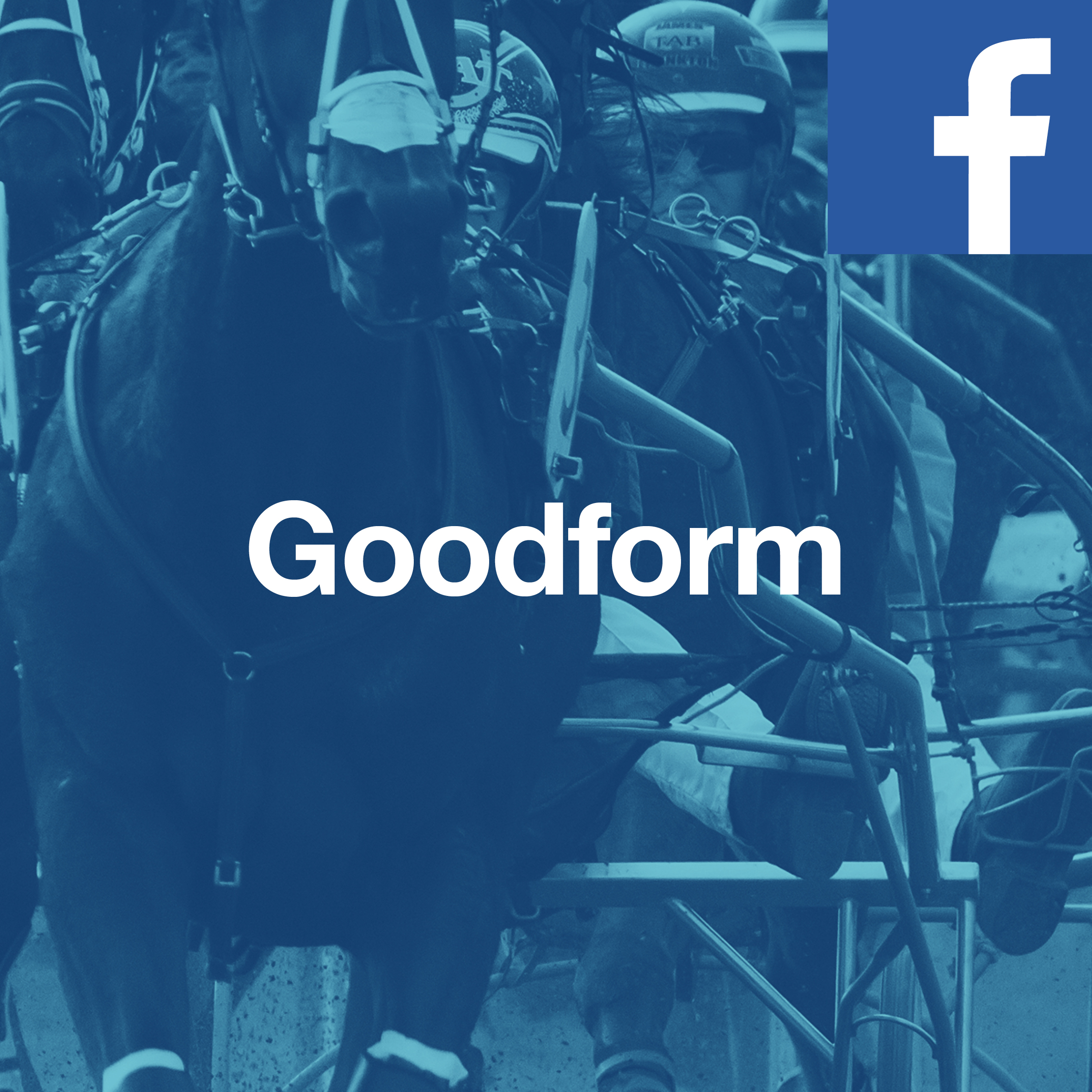 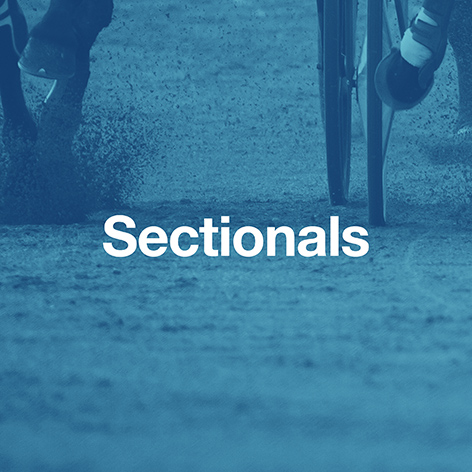 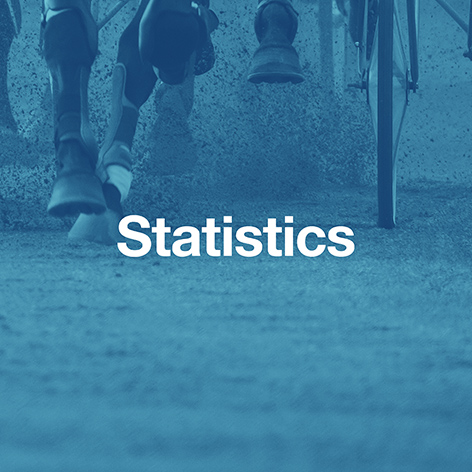