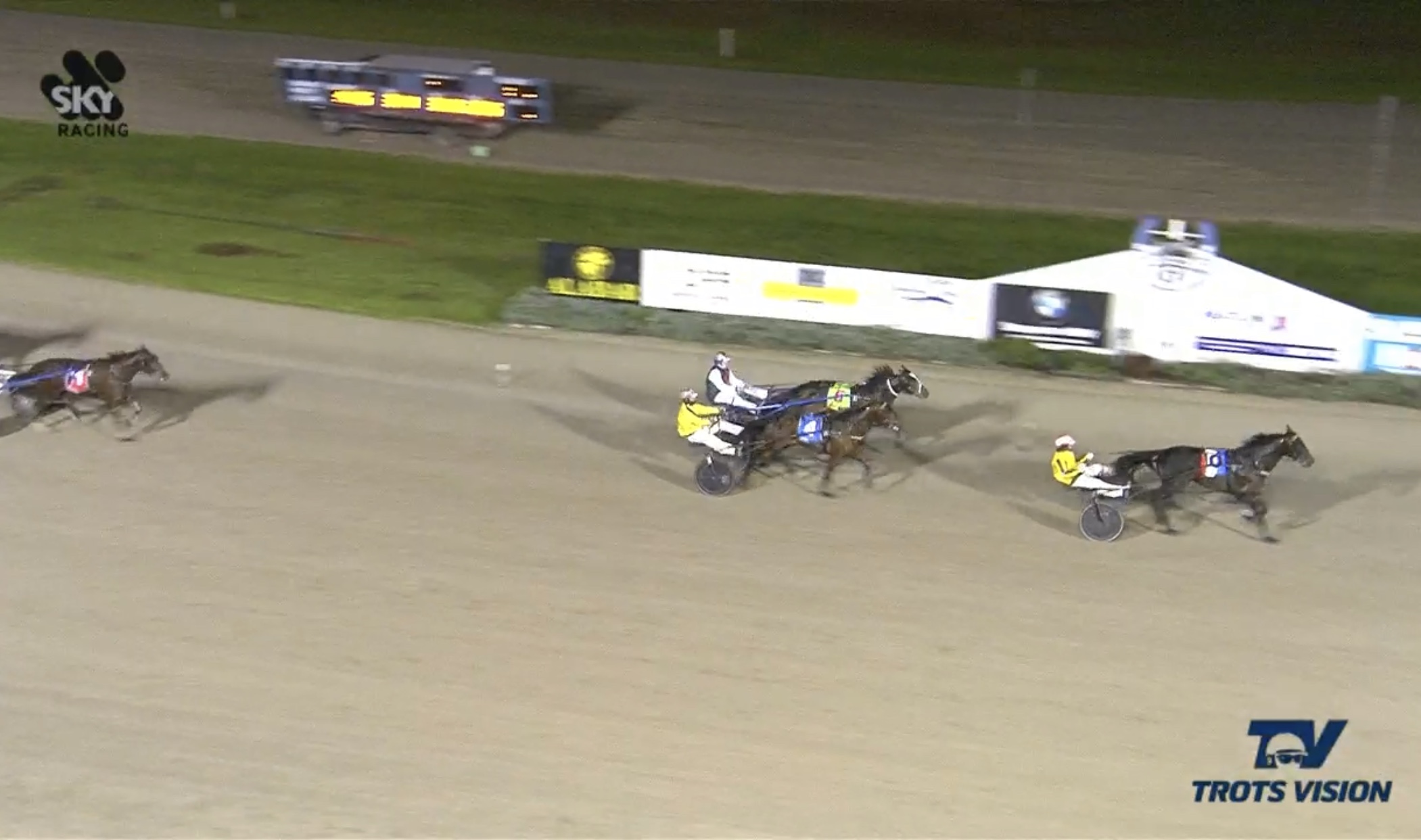 Chris Alford notched an extraordinary 400th win for the season, and he may have done so on a TAB Breeders Crown winner to be.

The Puppet matched his 2017-18 feat, previously unprecedented in Australasia, achieving the 400-win milestone by guiding Be Happy Mach to victory in his Downbytheseaside two-year-old colts and geldings' heat.

“Very fortunate to reach a milestone and great to do it on such a good little horse like this,” Alford told Trots Vision in the moments after his big win.

“I’m very fortunate that I get to drive a lot of (Emma Stewart and Clayton Tonkin’s) horses. This one, he’d nearly be the pick of the two-year-olds going forward and he’s had a great year and hopefully he can top it off in the Breeders Crown.”

Alford said he “never would have dreamt” of piloting this many winners when he first slid into the sulky as a teenager, having increased his career tally to 6975 and perhaps being just weeks off another significant, unprecedented milestone.

“One of the owners of this horse (Be Happy Mach), Tim Bunning, was part owner of the first horse I ever won a race on, Spring Vance at Wangaratta. He’s here tonight, so it’s just like winding back the clock a few years,” Alford said.

“It’s been a great season again. I’ve had great support from Emma and Clayton, and so many other trainers, even down to guys who have got one horse. Without all their help I wouldn’t be out there doing this job.”