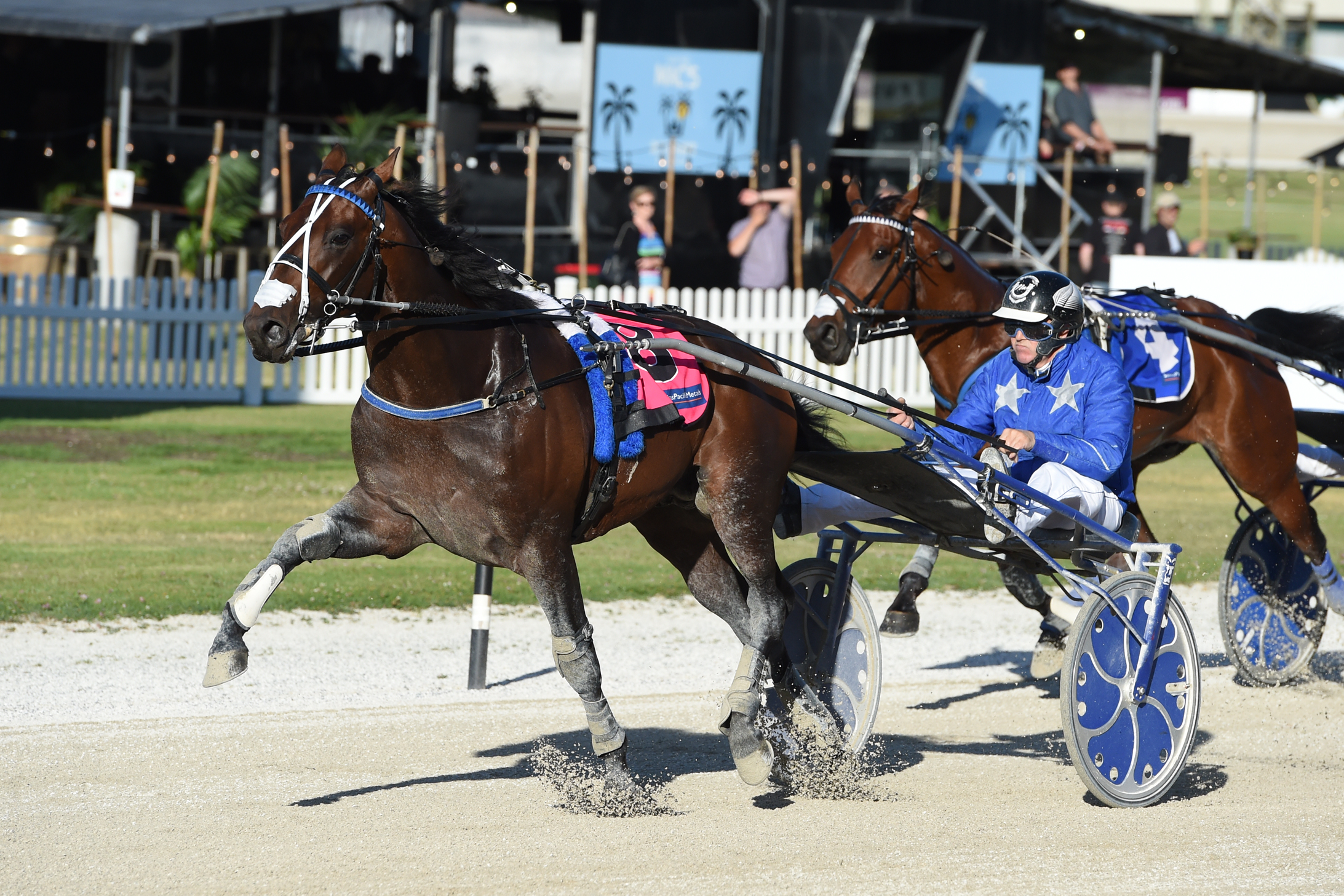 Those who want to see much-hyped speed freak Oscar Bonavena in the flesh will want to get track side for Nights 2 and 3 of the TAB Summer of Glory, with Mark Purdon’s trotter earmarked as the centrepiece of a US campaign.

The four-year-old Kiwi makes his Australian debut at Tabcorp Park Melton on Saturday in the DNR Logistics V L Dullard Trotters Cup before a tilt at the $250,000 What The Hill Great Southern Star on February 1.

Purdon sat with Paul Campbell this week for the latest edition of Tooth Be Told and said the Majestic Son entire could be All Stars Racing’s ticket to the land of Stars and Stripes.

“It’s something I’ve always wanted to do and it’s probably having a horse like Oscar Bonavena, who looks pretty exciting and he’s got the speed of a pacer, which you do need to take on the best over there,” Purdon said.

Purdon said plans were for a partial relocation in 2021, while continuing his Australasian operation with co-trainer Natalie Rasmussen, but there were many moving parts including the rise and rise of Oscar Bonavena.

“I think this season will make (Oscar). He needs to be better than probably what he is to take on the best over there, but I think he will be capable,” he said.

Should all go well, Purdon said, Sweden’s Elitloppet could follow.

“He would have to perform when he got (to the US) and hopefully get an invitation from there, but that would be part of my thinking.”