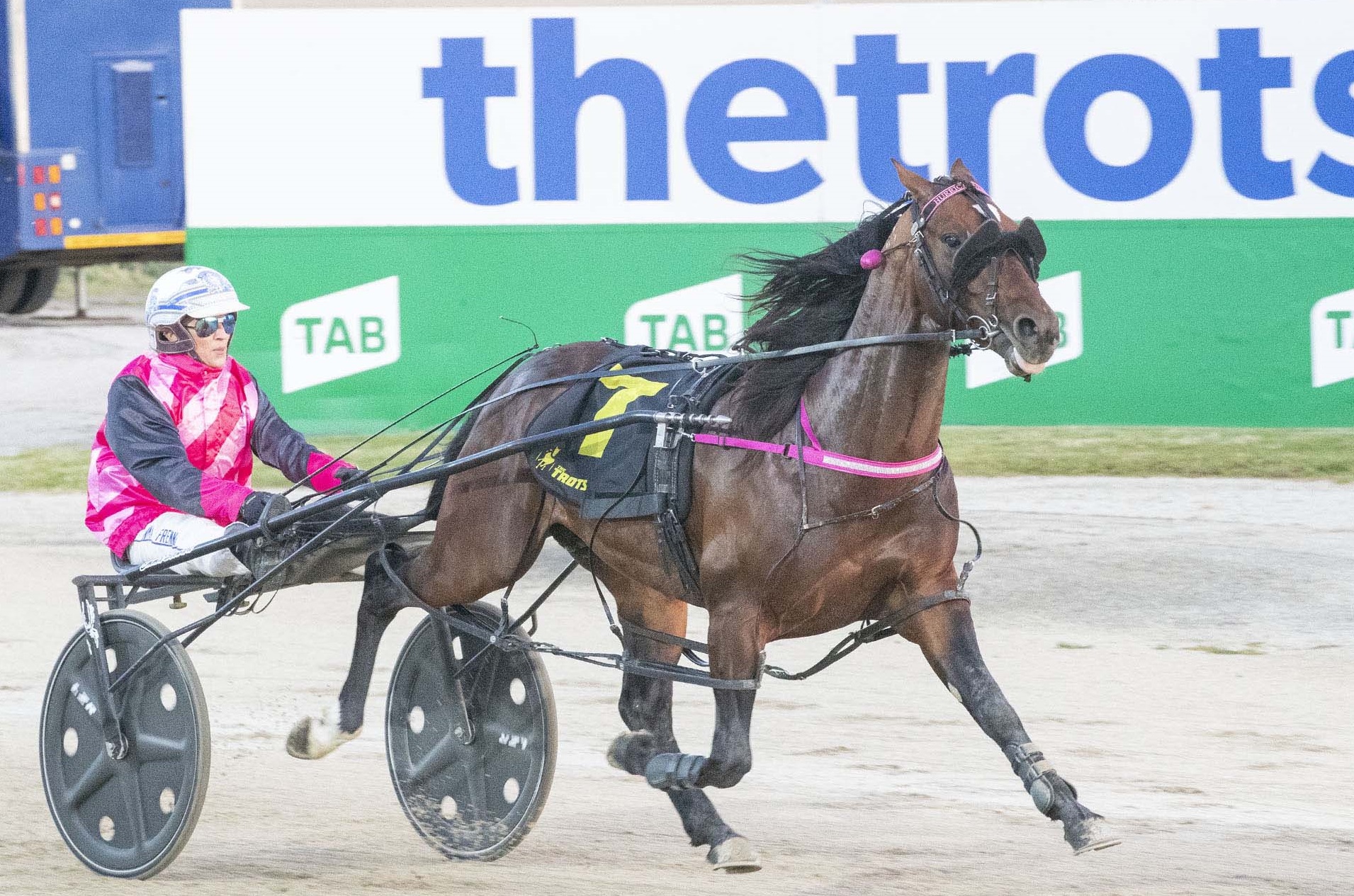 Kima Frenning’s tumble at Bendigo on Thursday sent a shock through the Anderson household with fears their favourite driver might be sidelined with injury.

Frenning was tossed out of the sulky while steering Do Not Surrender in the opening race of the night, but appears to be right to take her drive on Hurricane Harley in the Chariots of Fire at Tabcorp Park Menangle tomorrow night.

Anne and Bill Anderson, who operate Lauriston Bloodstock, bred and race the Emma Stewart-trained star and believe Frenning is an important asset for the horse.

“There are two things… we played around with the gear a little bit and put a different shadow roll on him. It’s the type that Popular Alm used to wear and that seems to suit him,” Anne said.

“It’s a flat sort of leather one with a little V in the centre. And for whatever reason that seems to suit him.

“And Kima driving him – that’s made a big difference, too. He does like somebody with soft hands and somebody that doesn’t upset him and try force him to do things.”

Frenning took over driving duties of Hurricane Harley in late October and has since registered four victories with the son of Bettors Delight, including a scintillating last-start success at Menangle last weekend. Hurricane Harley was heavily backed and rated 1:50.6 in winning the Paleface Adios Stakes (1609m).

“We are just rapt to have him in this race. We never sort of thought we would have another one in the Chariots after winning it last year with Poster Boy. But to go back again this year, it’s fantastic,” Anne said.

“The cards have just got to fall in his favour. In a big Group 1 like this one there’s a lot of winning chances. Lochinvar Art hasn’t done anything wrong either, Demon Delight is a very strong horse, you can never discount Mark Purdon no matter where he draws, can you?”

Success on Saturday night would be extra special for the Andersons, who also won the Chariots with a horse they bred in Maffioso back in 2009. Maffioso was out of a dam by the name of Lindsey Leigh, who also had Sugarland, the mother of Hurricane Harley.

On top of Hurricane Harley, Cardigan trainer Stewart has Demon Delight drawn the pole for Luke McCarthy and Fourbigmen out in gate seven for Chris Alford, while her partner Clayton Tonkin has Out To Play engaged for driver Greg Sugars.

Purdon’s star Self Assured, which broke his Australian duck at Menangle two weeks ago, is likely to start favourite despite a difficult draw.