Arty's back! Hometown feature to launch the champ's campaign 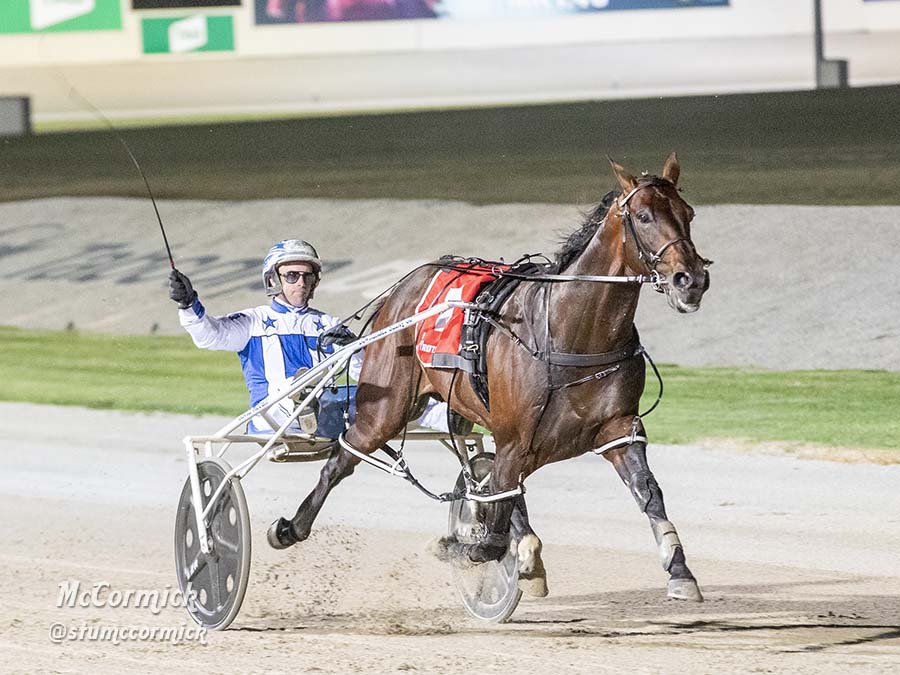 Lochinvar Art will make his long-awaited return in Saturday’s Shepparton Gold Cup, but he will be faced with a wide front row draw for his first start in close to 12 months.

The brilliant pacer, who won the Group 1 Del-Re National Hunter Cup last February and has not raced since, came up with barrier seven for the hometown feature that he claimed in early 2021.

It won’t be a stroll in the park for the David Moran-trained superstar, who has Tango Tara (one), Mach Da Vinci (two), Western Sonador (three), Our Uncle Sam (four), Spirit Of St Louis (five) and San Carlo (six) all drawn inside him, with Torrid Saint (eight) the lone back row runner.

Lochinvar Art will warm up for the $60,000 event with a trial at Shepparton tonight, where he will take on David Aiken-trained pair Max Delight and Letsrockletsroll.

Top young New South Wales-based reinsman Jack Callaghan won last weekend’s Bendigo Pacing Cup with Spirit Of St Louis and has confirmed he will be in Shepparton on Saturday night to drive the Belinda McCarthy-trained gelding.

Lochinvar Art was beaten by Tango Tara in a two-horse trial at Melton last week, but Moran was happy with the hit-out for his entire who reportedly pulled up well from the run.

Speaking after that trial, Moran said the plan after Saturday night at Shepparton was to send Lochinvar Art to the Casey Classic on January 29 before backing up a week later for his Hunter Cup title defence.

Lochinvar Art had been aimed at last March’s Miracle Mile in New South Wales, but hoof and leg issues forced him to the sidelines for an extended period of time. He has been nursed back to fitness by Belinda and Luke McCarthy at Cobbitty Equine Farm while serving mares and returned to Moran’s Kialla stables after the Inter Dominion Championships during mid-December.

Majestuoso has drawn barrier eight for the Group 3 contest, where he will face a field of rivals that includes Nephew Of Sonoko (three), Powderkeg (four), Ofortuna (five) and Sundons Courage (seven).

The country cup roadshow rolls on to Victoria’s south-west on Sunday for the running of the Matthews Petroleum Hamilton Pacing Cup and Alexandra House Hamilton Trotters Cup, which are both at Group 3 level.

Fields for that meeting will be finalised on Wednesday.