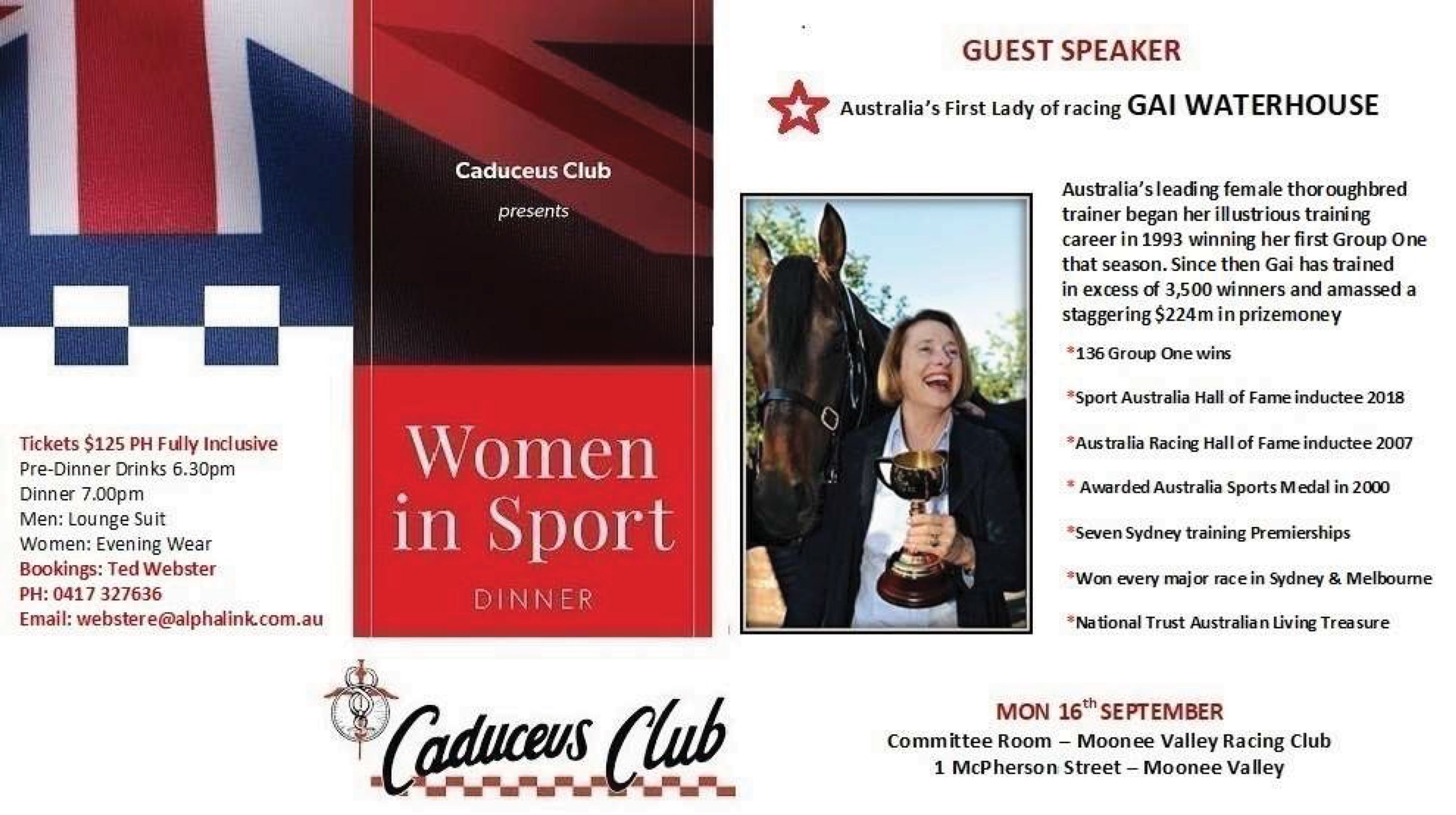 Harness Racing has known for a long time how crucial female participants have been in our industry whether it is trainers, drivers, owners, breeders or administrators women have been at the forefront of success and leaders in their chosen fields.

The Caduceus Club will recognise and applaud female participants with its annual Women In Sport dinner to be held on the 16th September at the Moonee Valley Racing Club, commencing at 6.30pm.

The Caduceus Club was formed in 1984 by a group of Harness Racing enthusiasts to promote their love of Harness Racing and sport in general. Luncheon meeting are held each month and the Club has had a vast range of speakers over the years including Sir Charles Court, Lionel Bowen, David Lange, Sir Hubert Opperman, Leigh Matthews, Richard Pratt, Allan Jeans & Susan Alberti to name a few. Regular sponsors of feature harness races including the 3yo Gr 3 Caduceus Cup, the club annually hosts the AG Hunter Cup Barrier Draw Dinner and has raised many thousands of dollars for various charities along its journey.

Caduceus Club president Emmy Mazzetti said “As a Club involved in Harness Racing we have known for a long time how important women are to the success of participants in Harness Racing, and we wanted to recognise that for all sports.”.

“Our Guest Speaker for our event this year will be the First Lady of racing GAI WATERHOUSE. Gai needs no introduction as her list of achievements speak for themselves having won 136 Group 1 races and amassed over $224m in prize money throughout her distinguished career as a thoroughbred horse trainer. I am sure she will have some great take home messages for everyone who attends,” said Emmy.