Craven readies for Bandit to shoot first in Mercury80 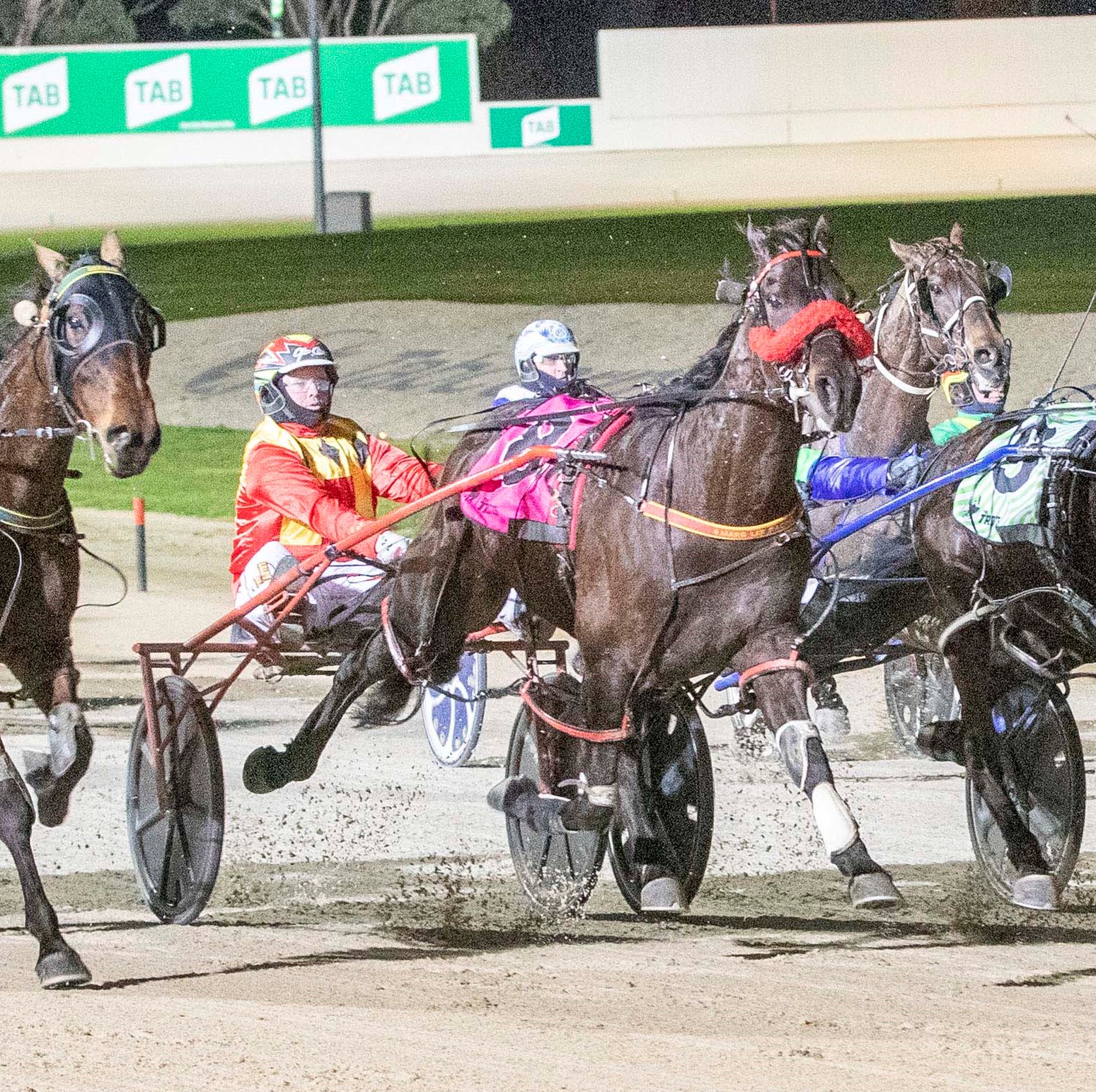 The connections of Jilliby Bandit are drawing on La Puddie’s opening heat win in the All In One Property Mercury80 series, with their eight-year-old having to similarly overcome the extreme outside draw in Friday night's second heat.

La Puddie made light work of his wide draw with a swift beginning after Greg Sugars had the son of Somebeachsomewhere poised to pounce, having sat parked outside Love Ina Chevy before putting the race beyond doubt with 400 metres to travel.

Glen Craven said Jilliby Bandit possessed sufficient speed off the gate to take up an all-important forward position over the 1200-metre dash.

“He has enough early speed to put himself into a position and then you can dictate the race from there,” Craven said. “He’s drawn where he is because he’s the tightest assessed horse in the race.”

Three starts ago Jilliby Bandit was a luckless eighth behind Supreme Dominator in the Decron Cranbourne Pacing Cup, when Craven said "he was all over the back of them with nowhere to go in the straight”.

A front running performance tomorrow night will remove those obstacles and Craven is hopeful it will have the reinsman on a path to progress a couple of places further than last year, when he finished third in the $50,000 final on Change The Print.

“We had to come from last, which was a tough ask over the short trip,” he said of the final won by Yorkshire, while subsequent Inter Dominion winner Boncel Benjamin notably finished fifth.

Tomorrow night the Andy Gath-trained Fynn Frost, a noted front runner, will be on an early charge forward as he looks to wrest the early lead off Ozzie Battler, who drops back in class from his recent assignment in the Vicbred Super Series final for four-year-old entires and geldings.

The $50,000 final will be staged at Tabcorp Park on Del-Re National A. G. Hunter Cup night on February 5 after further heats at Melton on January 21 and 29.

TUNE IN at TABCORP PARK MELTON on Friday night

SPIRIT OF ST LOUIS, by Sweet Lou out of Spirit Of Art, a winner of the Garrards Horse & Hound Bendigo Pacing Cup on January 8.

At Melton on January 1, FYNN FROST began quickly from a wide draw and angled across to trail the leader. He circled around to find the front with a mile remaining and was always in complete control of the trial, winning comfortably. REPORT

At Melton on December 14, OFF N GONE led and set up a slow tempo in a field of two runners. She finished off in a sizzling final quarter of 26.64 seconds. She has a very strong record in New Zealand and has earned nearly $160,000 in stakes so she is a quality filly. REPORT & REPLAY