Gate one gifts Gath's pacer his chance to go for Gold 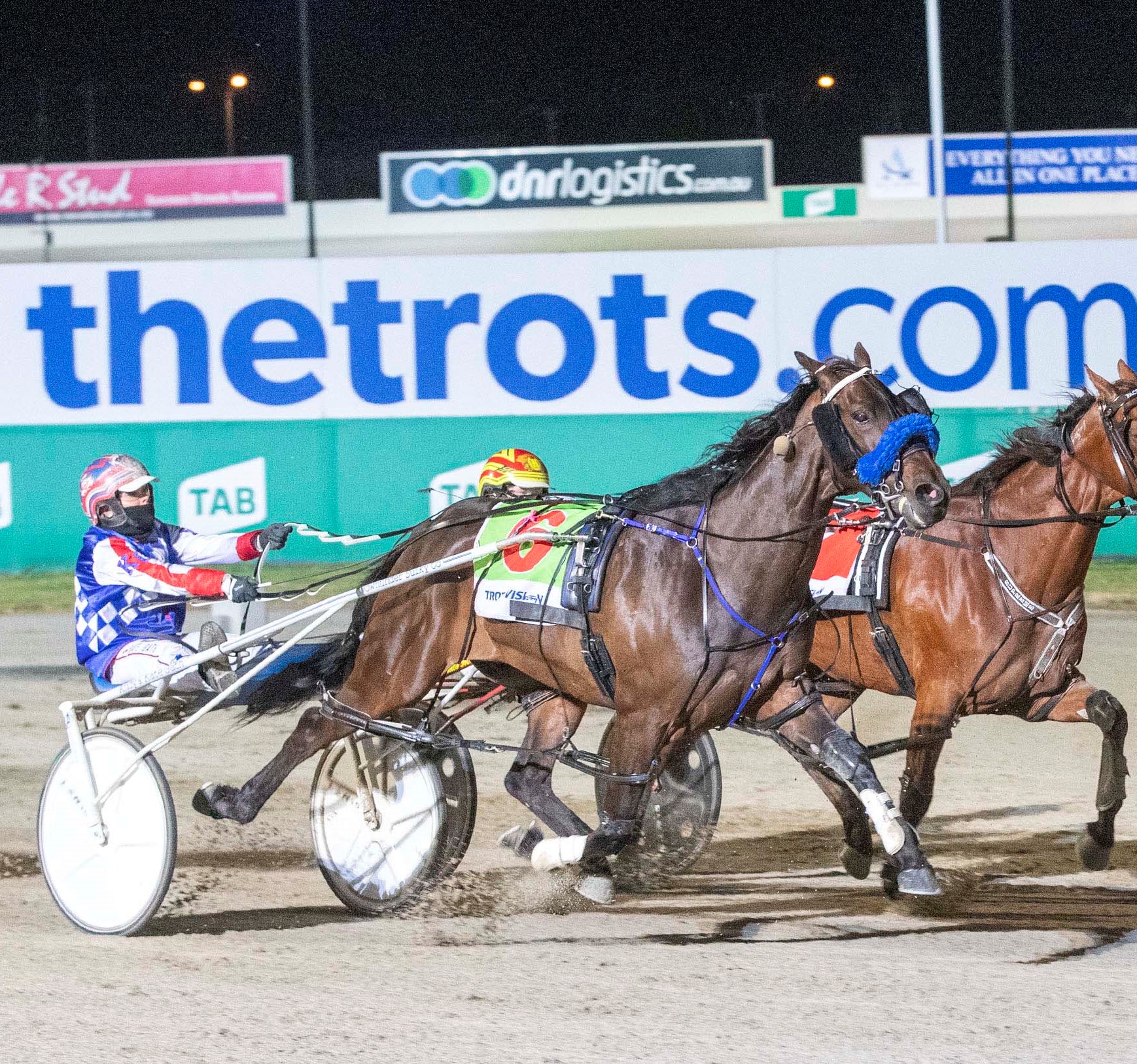 Opportunity has knocked for Tango Tara and his trainer is optimistic he’s ready to beat the door down and deliver the Neatline Homes Shepparton Gold Cup.

Andy Gath has a strong hand in both of Saturday night’s features, including with Majestuoso who will make his return in the Derby Royale Trotters Free For All.

But it’s the $60,000 pacing cup that’s the night’s grand prize and, despite the presence of brilliant Lochinvar Art on the front row, Gath is optimistic his six-year-old’s well placed for his equal biggest prizemoney win.

“If he’s quick enough to find the front we are pretty keen to hold it and it will take a quality horse to get past him,” Gath told Trots Talk.

“He’s a horse that’s notoriously drawn pretty bad throughout his career, so having barrier one is a good draw for him.

“He does get out of the gate quite good, so if he can make use of that gate and be able to lead up in that race he’s definitely a winning chance.”

Tango Tara returned from a short spell in last Saturday’s Garrards Bendigo Pacing Cup, impressing with a pegs run that saw him run past Torrid Saint and take ground off winner Spirit Of St Louis.

Gath said “we were pretty pleased” with his run into third and “he’s come through that run really good”.

But Saturday night is a different prospect.

Since crossing the Tasman to join Gath’s Long Forrest camp for new owner Norm Jenkin, Tango Tara’s drawn gate four or better in just three of his 19 starts and hasn’t drawn the pole gate since his Australian debut, when he was beaten a head by Torrid Saint. 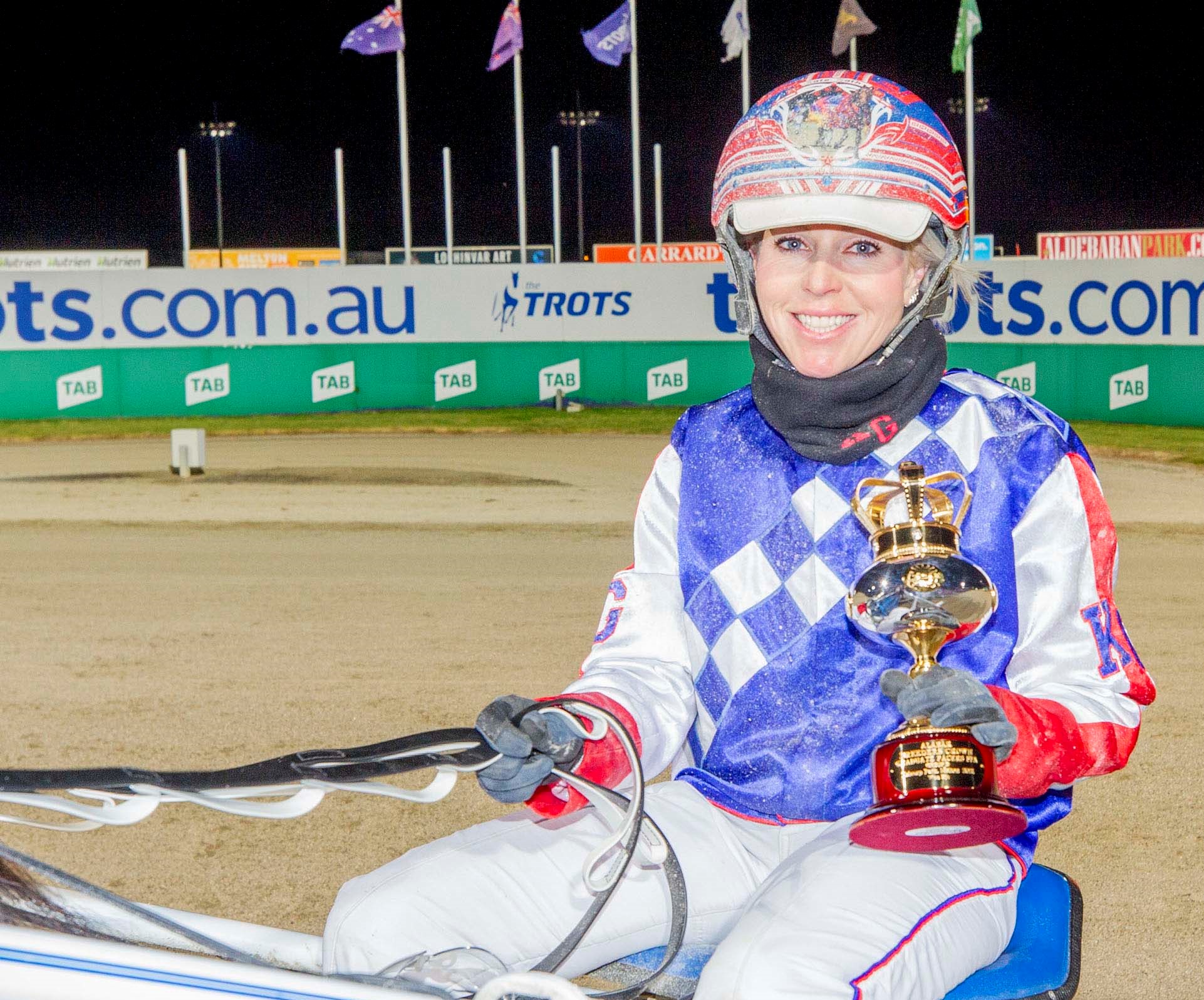 “Even in the trial, we had Lochinvar Art on our back, admittedly he’ll benefit from that trial, but he still couldn’t run past us. We are pretty keen to take them on. If he’s quick enough to hold the lead he’ll be holding it.”

And that includes if Arty and his reinsman David Moran come knocking.

“I don’t think there’s any debate that Lochinvar Art’s the best horse in Australia when he’s racing, unbelievable record, but he’s coming back from injury, drawn wide, I don’t think they’ll be breaking their neck to give him a lung buster first up.

“He’s got the Hunter Cup in a couple of weeks’ time, which is worth really good money. There’s opportunity for us to drive to really try and win the race. He still might be too good, Lochinvar Art, we know what a great horse he is. He’s a champion horse, has won over a million dollars and could win another million if he stays sound.

“It’s our opportunity, the way the barriers have fallen, to see if we are good enough to beat him.” 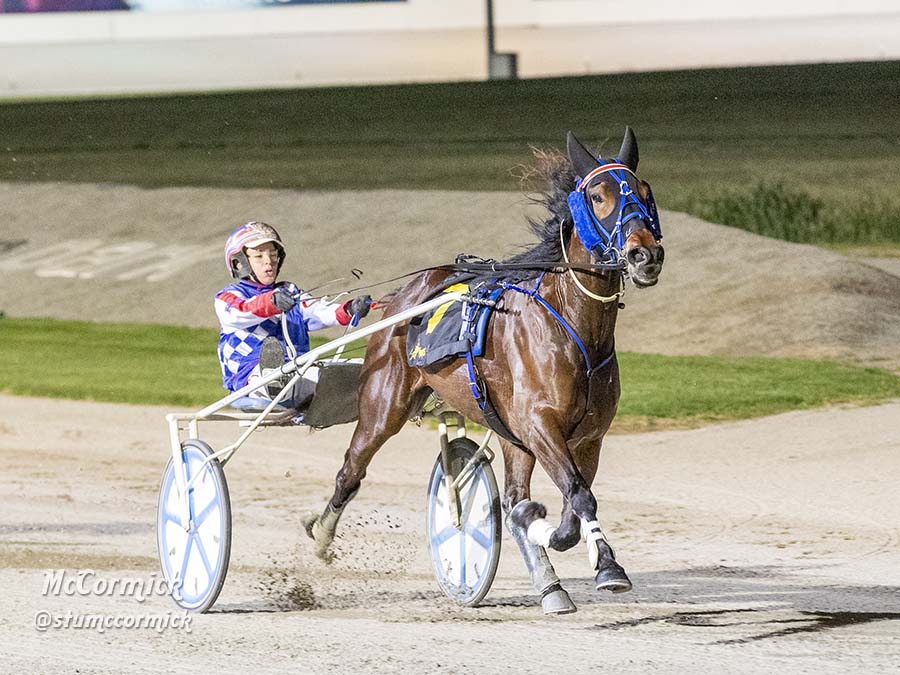 The tables will then turn for the following race, the Derby Royale Trotters Free For All, when Gath will present arguably the best horse in the race, Majestuoso, but challenged by being first-up and from a tricky gate eight draw.

“(Majestuoso) seems pretty well. He got beat last start, had atrial fibrillation and needed a bit of time off and he’s come back really well,” Gath said.

“He had to do one trial, so I trialled him Monday night against the pacers and his times were very good. He races pretty well fresh.

“Little bit of an awkward draw and Powderkeg off’s the front and performing really well at the moment. It’s a trotters’ race that probably lacks a little depth to what he normally races too. You’d expect that he’s going to run a pretty forward race and going to be pretty tough to beat.”

He said despite being unraced since November 19 Majestuoso was “pretty close”.

“Any metro race, if you are not fronting up at 100 per cent you are going to be found vulnerable, a lot of these horses have been racing week in week out and they are pretty fit, pretty conditioned to this type of racing. You’ve got to roll up pretty close to the mark otherwise you are kidding yourself.

“If he gets beat it will be because he isn’t good enough, it won’t be because of his fitness in my opinion.”

BELOW: LISTEN TO ANDY GATH ON TROTS TALK

TUNE IN at SHEPPARTON on Saturday night

SPIRIT OF ST LOUIS, by Sweet Lou out of Spirit Of Art, a winner of the Garrards Horse & Hound Bendigo Pacing Cup on January 8.

At Melton on January 4, IDEAL PACE trailed the leader (MY LADY NATASHA) early and ended up being three back on the markers mid-race. He came to the outside with 700m remaining, forged to the front before the home turn and was able to skip clear to win nicely. His rivals were closing in late but he wasn’t extended going to the line. REPORT

The open class trial at Melton on January 4 was only a field of two but it created plenty of interest with the return of champion pacer LOCHINVAR ART, who hasn’t started since securing six victories in succession including the Super Series Final and the Shepparton, Ballarat and Hunter Cups nearly a year ago. He eased in behind the leader TANGO TARA, came to the outside and almost drew level but went to the line with something in reserve. TANGO TARA wasn’t fully extended in his all of the way victory either. He has been very consistent since coming from New Zealand and has been freshened since his win in the Breeders Crown Graduate FFA on November 19. REPORT