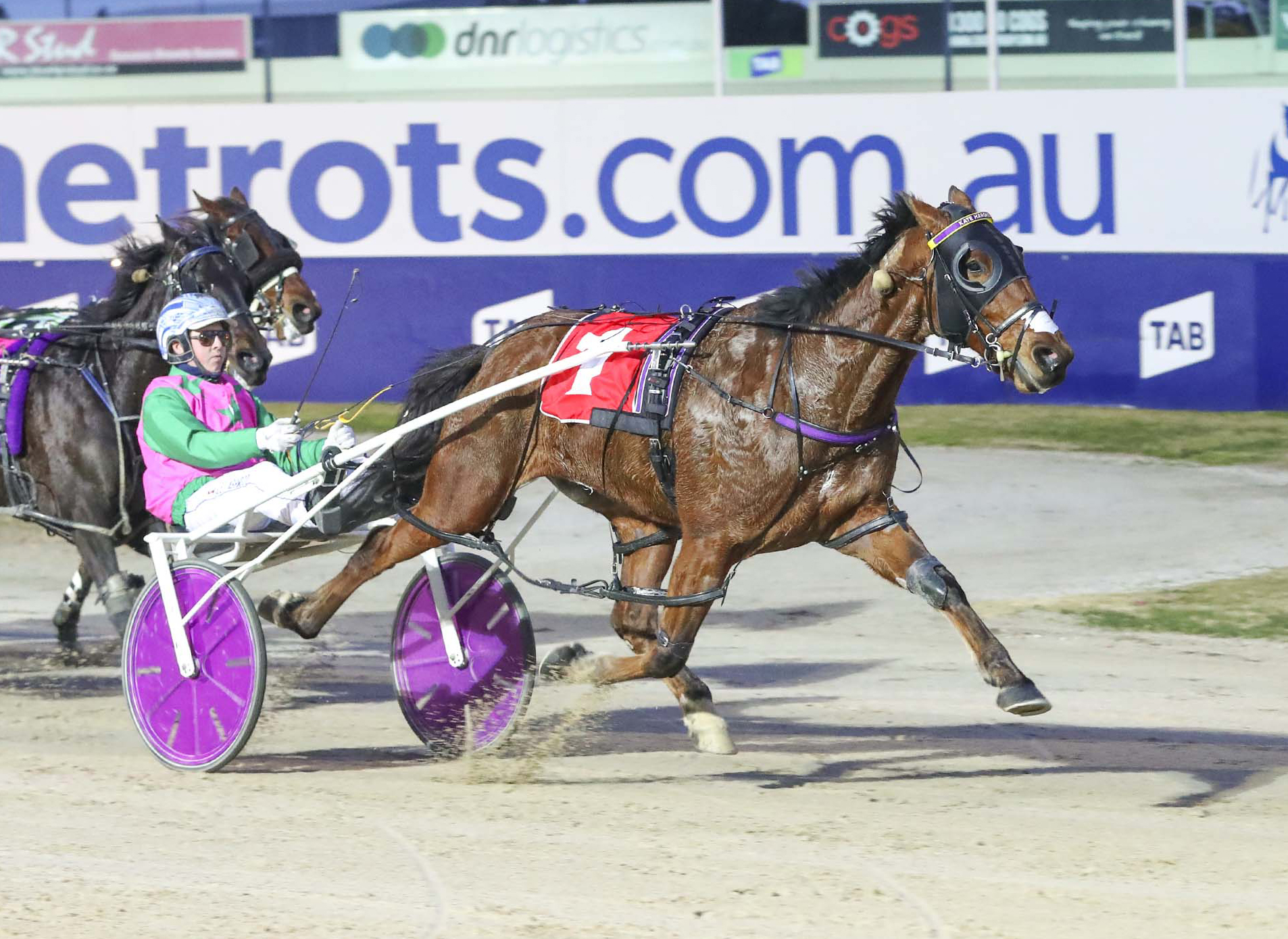 Trainer Kate Hargreaves and reinsman Alex Ashwood are among the next generation of up-and-comers ready to take the trotting world by storm, and they’re more than willing to bring owners who are new to the game along for the ride.

The young pair, who have stable newcomer Just Seduce Me in the Woodlands Stud Pace, a $10,000 race for those classified M0 at Tabcorp Melton Park this Friday, have set up shop in Shelbourne after long apprenticeships with established industry players such as Andy and Kate Gath, Kerryn Manning and Emma Stewart.

While the pair have a big vision for the future, their focus on Friday night will be on Just Seduce Me, who Ashwood said would be hard to beat if she finds the front.

“She had a trial a fortnight ago at Bendigo and (has) improved a fair bit off that,” he said.

“She probably needs another run under her belt but, in saying that, and going by her form over the short (distance), if she finds the front she will be very hard (to get past) as that’s where she runs her best races. Hopefully she can hold the lead.”

Ashwood, 24, said the pair had built a team of 12 horses – plus “two babies” recently bought at yearling sales – a feat made easier due to the stables, previously owned by Larry Eastman, being readymade for trotters.

And he said the large property had plenty of scope for future expansion.

“When it was on the market we didn’t hesitate to take it because everything was pretty much done, all you had to do was move in and start training,” he said.

And the pair aren’t afraid to back their judgment at the yearling sales to bring more talent – and new owners – into their stables.

Excited to welcome Lot 66 to the family. A Rock N Roll Heaven colt. Very thankful to his group of owners - many who are new to the sport- for trusting me as his trainer. Exciting times ahead. pic.twitter.com/735V4iVnX2

“I think over the past three to four years we have bought about five to six yearlings all up; we have more luck buying the young ones than buying a ready-to-go one and like to bring new people into the game,” Ashwood said.

The pair aren’t strangers to the highs and lows the trots can dish up, with the recent return of two of their best horses – Resurgent Spirit (66 starts for 29 wins and more than $221,000 in prizemoney) and Ideally Say Yes (sixth in the APG 2YO final at Menangle last year) – prime examples.

We had 4 trial at Bendigo tonight including our two stable stars Resurgent Spirit and Ideally Say Yes, both of whom are not far off a return to racing.
Very pleased with their performances. pic.twitter.com/6xHq9KTSsD

Ashwood said Resurgent Spirit – who will go around at Swan Hill tonight – is “very close to a win”. But the short-term prospects of promising youngster Ideally Say Yes have been setback by a fractured pelvis.

“I took her to Mildura to race in a three-year-old race this week and going up to the gate she did it then,” he said.

“She was just below the better ones (last season) and seemed like she was getting stronger and had improved a fair bit. It was just unfortunate that she hurt herself at the wrong time.”