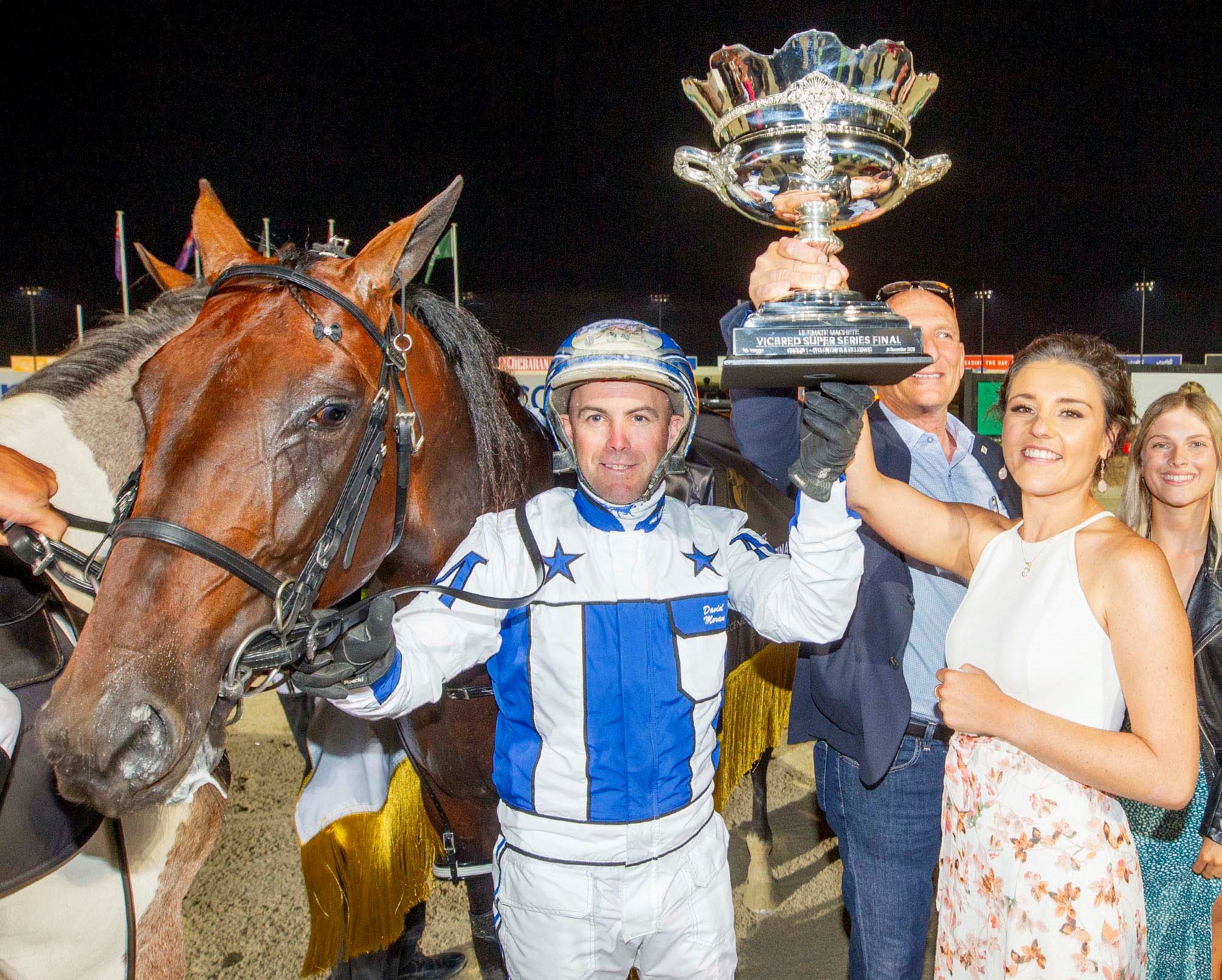 The pathway to a long-coveted win looks extremely simple on paper for David Moran and his superstar Lochinvar Art, with the pair seeming to have a steady hand on their prized local cup.

A gate one draw for Saturday night’s Neatline Homes Shepparton Gold Cup only further strengthened Lochinvar Art’s claims to the $60,000 Group 2, even amid the likes of Grand Circuit contender Our Uncle Sam and David Aiken’s trio Sirletic, Malcolms Rhythm and Reactor Now.

“I’ve always wanted to win a Kilmore and a Shepparton Cup, along with some of the bigger ones. In the past some great horses have won this race,” Moran said.

“(Lochinvar Art’s) got the draw for Saturday night, it’d be a great trophy to have on the mantle.”

Enlisted a $1.10 favourite with TAB.com.au, success looks a near formality for the brilliant five-year-old, who’s fresh from dismantling Australia’s best in the Victoria Cup, part of six wins from his past seven outings. It’s a run that his trainer/driver is savoring.

“I’m every chance of probably never experiencing a horse like him and his ilk ever again,” Moran said.

“Never say never, but the chance of those sorts of horses coming around again are very, very rare. Generally most of the big wins, we celebrated really hard and enjoy it.

“You only live once, as much as that’s your job, I really think you need to enjoy it and embrace it and make the most of it really.”

And all is in order for the good times to continue to roll from 9.44pm Saturday night, when the cup kicks off and can be enjoyed live and free with extended coverage on Trots Vision at thetrots.com.au.

“He’s really good. We cleaned him up a little bit after his last win and got a few things sorted out for the coming months ahead,” Moran said.

While a first Shepparton Cup win would be an unforgettable achievement for Moran, it’s another horse who may carry most interest for him.

Race two, the Graham Head Memorial 3YO Pace, will mark the return of Patsbeachstorm, a gelding who created plenty of hype during his short racing stint in February and March last year, when he won two of three starts.

“He’s probably my favourite horse in the stable, believe it or not. I don’t think I’ve ever loved a horse so much,” Moran said.

“Early on I thought he’d just go through his grades and his age group and eventually be a top class horse. His ability’s unbelievable.

“His first three runs showed that. I think the best one, he wasn’t 100 per cent, he hadn’t raced for a few weeks and he came out and sat parked and they ran the last half in 54.6 or 54.8 and he did that with the plugs in.

“His ability is definitely there. We had a couple of issues, which is why we haven’t seen him for so long.”

Patsbeachstorm’s lengthy absence is the result of an unknown toxic reaction, which Moran said was possibly a spider bite.

“He nearly died on us, it was 50-50 as to whether he’d get through the night,” he said. “Thank God we saved him. He’s had a pretty tough road, but he seems to be really good at the moment. We don’t have any issues with him whatsoever.

“His work’s been brilliant, but he is going to need that run and will take a bit out of it. Providing he comes back good and keeps pressing on with his work he will make a very good horse.”

If all goes well tonight he could target the Group 1 $100,000 VHRC Caduceus 3YO Classic at Tabcorp Park Melton, which headlines night two of the TAB Summer Of Glory.