Trots Centre: Damien hopes to repeat early burn with 2YO 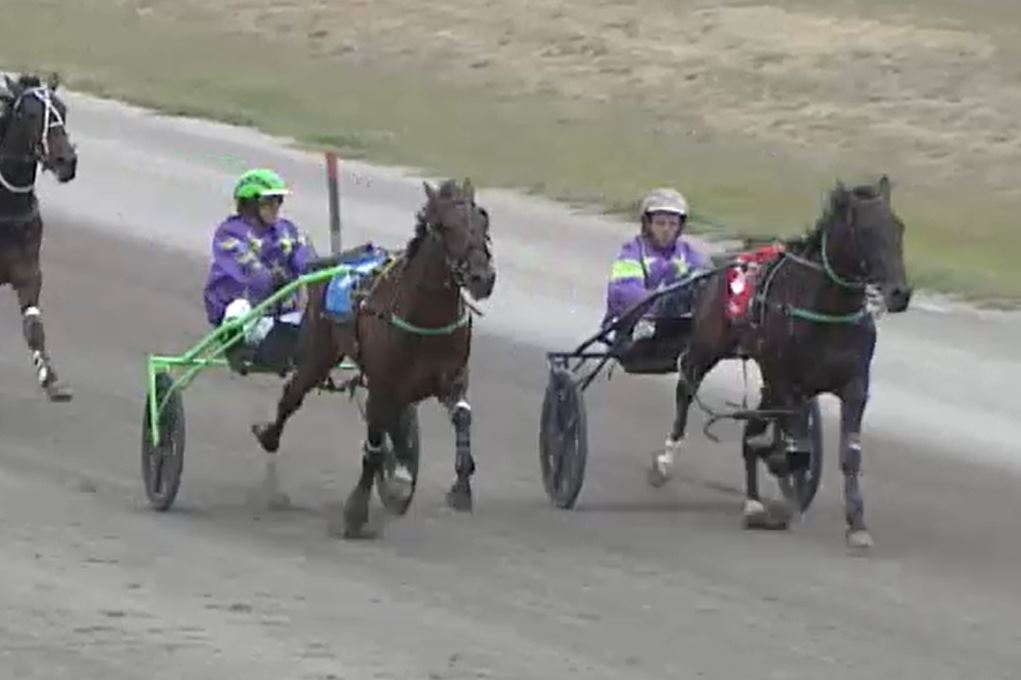 Amid the summer heat Damien Burns will be more than satisfied to see a little sunshine break out at Geelong tonight, when he chases a second two-year-old victory of the new season.

The trainer-driver has Solesseo Matuca contesting tonight's Happy Birthday Jim Fuller 2YO Pace, with the little half-brother to Youaremysunshine ($139,500) bouncing back after a second on debut, when he was beaten by stablemate Got Equity.

"I like them both," Burns said of his two-year-olds, who quinealled the first two-year-old race of the season at Maryborough on January 4. "I don't honestly know which one's better. They're two very different horses to drive.

"Solesseo Matuca is definitely a bit more speedy, the other one (Got Equity) seems to be a bit better racehorse."

Round one went to Got Equity, who swept past his stablemate in the dying stages after Solesseo Matuca had to lug a flat tyre for the majority of the hit out.

Talking to Jason Bonninton and Toby McKinnon on SENTrack's Trots Life this morning, Burns said "that was probably my fault".

"I cut in a bit tight on Glenn (Douglass's) horse (Ozzie Joy), which popped my wheel. I thought I better go as slow as I possibly can to get him up the home straight, which I tried too, which was about a 36sec (second) quarter. It didn't quite get me there and I looked up on my inside and it was the other one (Got Equity) who pipped me on the post."

Tonight Solesseo Matuca won't have to worry about his stablemate in his second attempt to break his maiden status, with Got Equity scratched along with first starter Victory George, leaving just a four-horse field to tackle the $7000 pace at 7.55pm.

"His second trial I thought he was a little bit fierce and I put plugs in for the first time at Maryborough and then he wouldn't go until I pulled the plugs," Burns said. "He won't have plugs in tonight and you will probably see a different horse."

He's optimistic both have success in their paths, though there's plenty of water to go under the bridge before the headline features arrive at year's end.

"They go as good as any other youngster I've taken to the track before," Burns said. "This year they will be going harder and faster again. Every one thinks they have a nice horse until you bring them to the track and there's always one better. That's just the way it goes."

Was without cover early before pushing forward to find the front running role at the 1700m mark. He set up a good tempo and was able to hold off his rivals to take the prize. NIKITA ADELE led out, took a trail and came to the outside at the 400m mark. She worked home well for a close second then backed up at Echuca on Thursday night and was successful, which is a good form reference for WYATTFLYNN when he next steps out onto the track. REPORT & REPLAY

He settled fifth on the inside, came wide into the straight and was making up ground before easing in behind the winner (ALKAZAM) with 100m remaining. REPORT