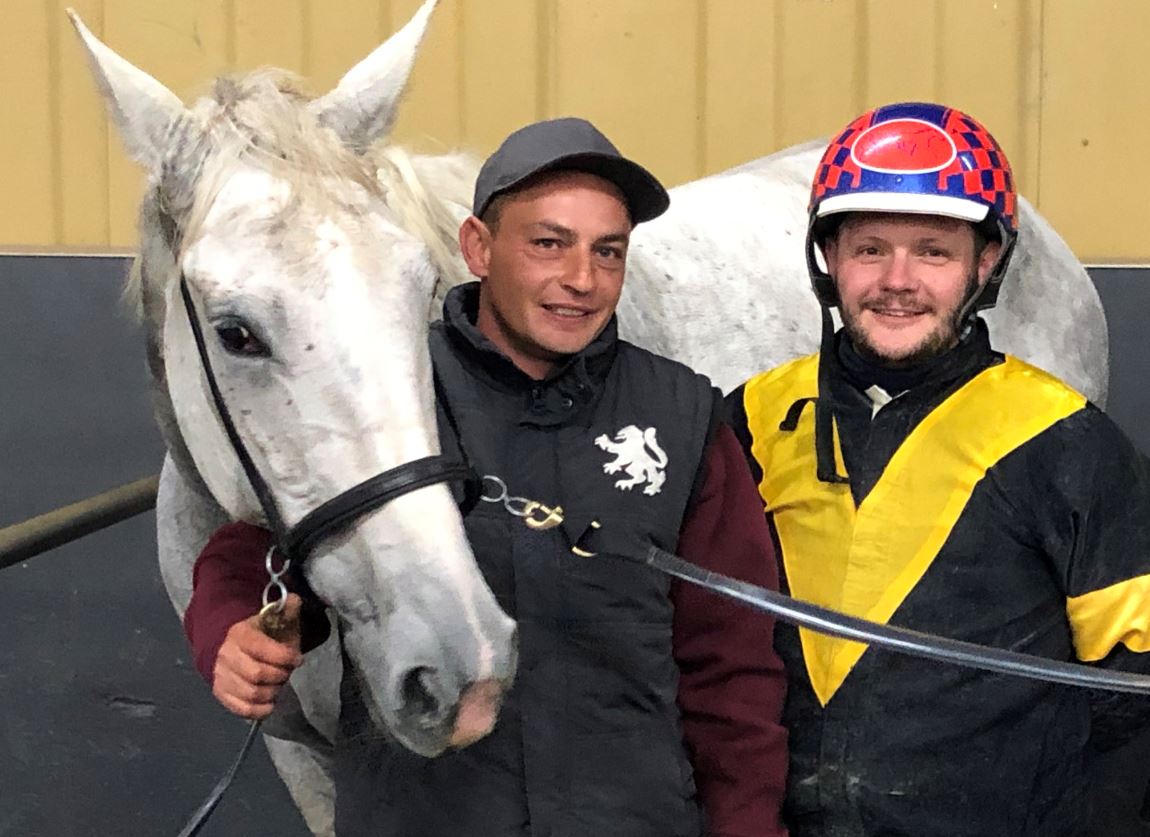 Ricky Debono achieved his goal of riding a winner at each of Victoria’s metropolitan racecourses during a brief but successful career as a jockey.

And on Thursday night, the 35-year-old experienced a racing thrill of a different kind.

The newly-licensed standardbred hobby trainer prepared Ghostly Silence to take out his first ever race, the Make A Wish Foundation Pace at Ballarat.

Driven by Ash Warton, the striking grey saluted at just his eighth start for Debono, racing clear of the field in the home straight to win by nearly 8m on the line.

The excitement was real for the Freshwater Creek-trainer, who admitted he snapped up a little bit of the $14 or so on offer for his pacer.

“Riding a winner is one thing, but then training a winner where you do everything with the horse is another thing,” Debono told thetrots.com.au.

“It was a dominant win.”

Debono said he held a strong element of confidence heading to Bray Raceway on the back of a solid third placing at Terang the start before.

“…with his work in between, I was really confident,” he said.

Debono finished full-time race riding more than a decade ago, with weight issues ultimately bringing about the end of a career that collected over 120 winners.

“When I started, I knew I was always going to get heavy and my goal was to ride a winner at every metropolitan track in Victoria. And I was able to do that, so I was pretty stoked,” Debono, who has previously spent time helping well-known harness trainer Michael Stanley, said.

“I would love to be still doing it right now, but my body size unfortunately doesn’t allow me to do it.”

A farrier by trade, Debono bought Ghostly Silence from previous trainer David Murphy, who had managed to win three races with the son of Jet Laag from 25 starts.

“I’m flat out six days a week shoeing horses. One horse is pretty much all I can do properly,” he said.