Ride High return in limbo as stud duties get underway 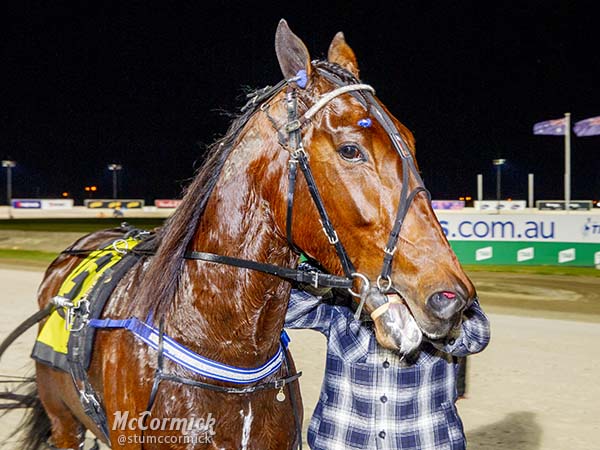 It is touch and go whether superstar pacer Ride High will make it back to the races.

While trainers Clayton Tonkin and Emma Stewart were confident of a successful comeback a month ago, the challenges of mixing stud duties with serious training are proving difficult.

Tonkin said the next six weeks will prove crunch time.

“It’s a juggling act and he’s about a month behind where we hoped we would be,” Tonkin said.

“We can’t keep going along like this, we need to find out if he’s going to make it back or not. This next four to six weeks is when we have to find out.”

His history of injuries, combined with the fact he’s now half-owned by Alabar Farms Stud, prompted the decision to stand him at stud for the first time this season, which started three weeks ago.

“There was no guarantee he would make it back (to the races), so we had to decide about stud and we couldn’t risk missing another whole breeding season on the hope he would make a comeback,” Tonkin said.

“But it’s not easy mixing both, especially with a big horse like him at the crunch stage of his comeback preparation.

“There’s nothing wrong with him, it’s just a matter of when we can get that last crucial stage of fast work into him and whether he gets through it.”

The racing lease agreement on Ride High expires next August, but Tonkin said a decision on his racing career would be made long before then.

“The big races like the Hunter Cup and Miracle Mile are early next year and that’s why we need to know sooner rather than later,” he said.

“If we’re not in a position for him to race in six weeks or so, then I think he’ll be retired to stud.”

The rising seven-year-old has been restricted to just 18 starts because of injury for 16 wins and $289,427 in prizemoney.

Alabar Farms’ Alan Galloway, one of Australia’s most internationally-renowned and successful operators, insists Ride High is up with the best pacers he’s seen in the world on sheer talent.

“I’ve been all around the world and seen the best of the best, most of them in the flesh, and this horse is next level. He’s the best I’ve seen,” he said.

“The way he gets over the ground so easily and the times he runs without being asked … he’s just amazing.”