Terang Cup: Howl good was that as Wolf Stride salutes

A delicious Zac Phillips drive set up a dominant Wolf Stride victory in tonight’s Terang Co-Co Pacing Cup, and the winner's “miracle” early move to the front may well lead to a Miracle of another kind.

Co-trained by Anthony Butt and Sonya Smith, the five-year-old gelding is on a path north to chase qualification in the $1 million Miracle Mile and will head in full of confidence after a peerless performance in tonight’s $50,000 Group 2.

Despite his gate 12 draw, Phillips had the race favourite in the lead within 500 metres of the green light going on in the 2680-metre Cup, having glided past Malcolms Rhythm and the latter’s stablemate Sirletic who were first to the pegs.

Somewhere Secret emerged at Wolf Stride’s outside but there was little pressure throughout and when Phillips urged the leader on in a 55.1sec last 800 metres the win was always in hand.

Accepting the trophy post-race for winning connections, Amanda Grieve told Trots Vision Phillips had declared his intentions to her in the lead-up and told her he was “either going to look like an idiot or I’m going to pull this off”.

And pull it off he did. 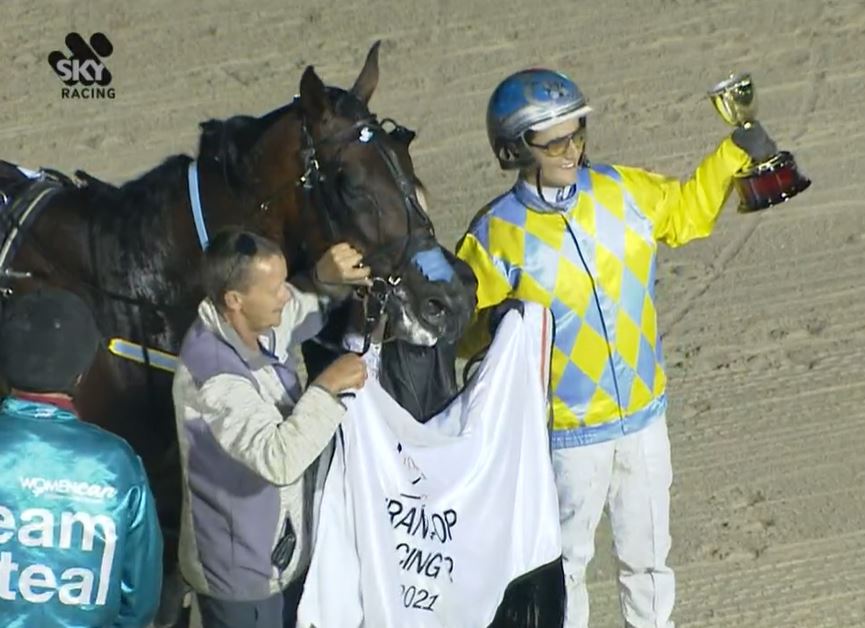 “He’s pretty special,” Phillips said of the winner, who’s now won 13 of his 27 starts. “Anthony and Sonya have done quite a remarkable job with him, it’s just really a credit to them.

“I’ve really got to pay credit to all the staff at home, Anthony’s been away and Sonya and all the team have done a remarkable job, not just with this horse but the whole lot of them.”

Butt is up north for Sydney’s Carnival Of Miracles and Phillips said he would soon be joined by Smith and Wolf Stride, who was chasing a place in the March 6 Miracle Mile.

“(Wolf Stride will) head up Monday,” Phillips said. “Anthony’s up there at the moment, Sonya’s going to head up on Monday for the Miracle Mile qualifiers and fingers crossed he can get into that.”

The victory propelled Wolf Stride to the top of the Trots Country Cups Championship, having amassed 12 points this season courtesy of wins at Bendigo and Terang and a third at Ballarat.

Terang also delivered a new leader in the Maori’s Idol Trotting Championship, with Well Defined producing a perfect performance to back up his success at Ararat for trainer Kate Hargreaves and reinswoman Ellen Tormey. 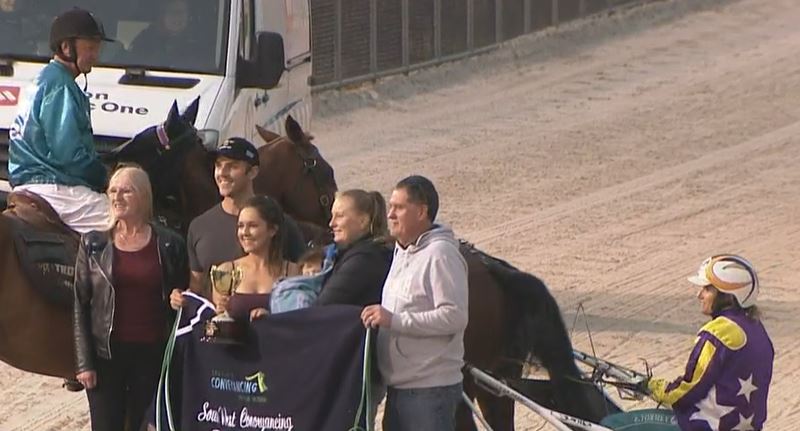 “It all worked out perfectly,” Tormey said of tonight’s win from the standing start. “After we went away and found the front it was always the first suitable one that we could hand up to and Robbie Royale was that – he’s a really good front runner and been in really good form, so he was a good one to follow.”

While it was easy going out front, there was drama behind with local favourite Pink Galahs breaking gate early and having to spend much of the race recovering lost ground, while McLovin advanced to the breeze and kept things ticking over only to surprisingly tire and fade.

That enabled Robbie Royale and Well Defined to clear out in the closing stages and the latter overrun Brent Lilley’s seven-year-old in the 28.6-sec last quarter to score.

“He’s a little beauty to drive,” Tormey said. “He’s a little bit difficult in the warm up, but once those tapes go he just rockets away and then puts himself in such a good position every time.

“I think he just makes you look good. He goes away that fast you are nearly in front or behind the leader every race. He’s got that nice little sprint, so when you are in that spot he’s going to run a nice little place or be near about.

“These stands and the 2600, they suit him down to the ground. He runs them out really well. Whatever he does the owners and trainer are really rapt with the job he’s done.”