Trots Centre: All square as McLovin-Wobelee ready for round 3 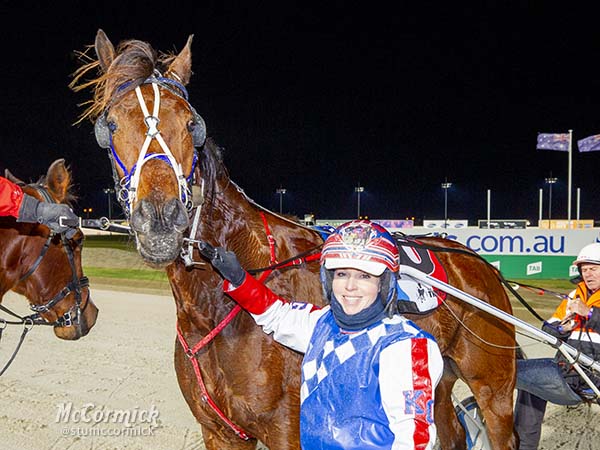 While much of the racing world’s in a fervour for an impending clash of two pacing firebrands, a high-class trotting duel has broken out with another chapter to be written at Shepparton tonight.

All the elements are there as the electrifying but sometimes enigmatic Wobelee prepares for round three against his powerful foe McLovin in the Your Sold Real Estate Trot, which streams on Trots Vision at 8.35pm.

Round one at Melton on July 4 saw Wobelee advance from the one-one to the breeze in the final lap to park McLovin three-wide, with the latter powering to the line to win while Wobelee paid for previous effort.

Round two followed at Ballarat on Saturday when Wobelee, seemingly stronger for his two runs this campaign, was made to bide his time in Chris Alford’s hands, with McLovin parking outside Sundons Courage for the trip. Alford waited for the final 600 metres before exposing Wobelee, who grabbed the half-length he needed to win.

On both occasions Nephew Of Sonoko has been brilliant and tonight Magicool, My Skypocket and Scallywag Sam will also have their supporters, but the Group 1 stars remain the headliners.

McLovin’s reinswoman Kate Gath is certainly well aware of the capabilities of her lead rival. 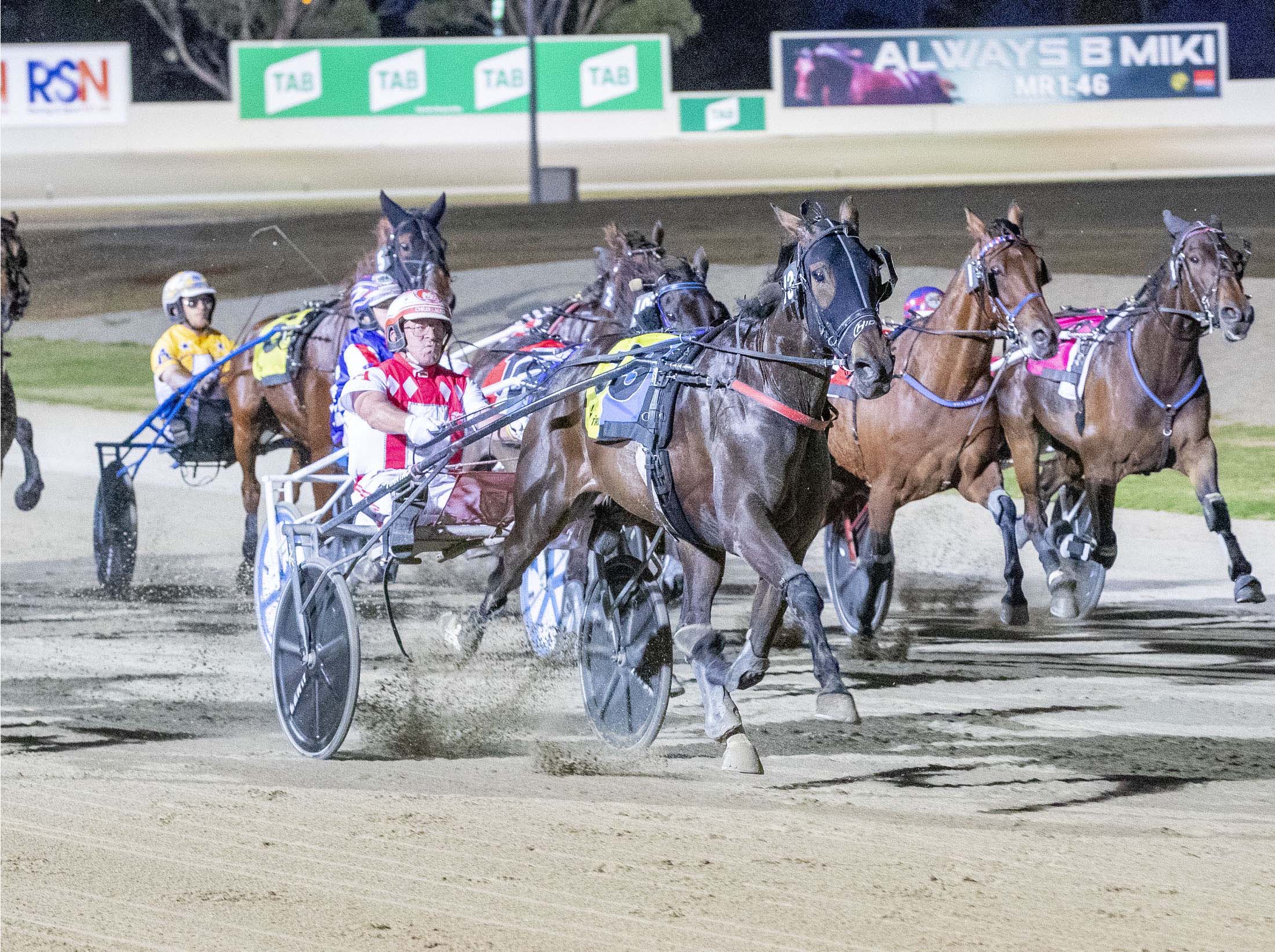 “I obviously rate Wobelee very highly, he could end up a bit of a thorn in our side, especially as he’s going to draw better than us for a little while yet,” she told Trots Talk.

However, in their previous two meetings it’s been the horse saved for the last run who’s succeeded.

“At Ballarat last week I was planning on going back on McLovin, but then I saw Wobelee didn’t go forward I thought I would chance my arm and have a look for the front,” Gath said. “Unfortunately it wasn’t there. I was still happy with his run.

“It will be a great showdown, but it’s probably going to be a lot of the time whichever horse gets the easier run, we will have to wait and see.”

And trainer Andy Gath and reinswoman Kate may soon have another competitor snapping at the heels of the leading trotters, with C K Spur attempting to go two from two in Australia in tonight’s Saddleworld Shepparton Trot (rating 67-79).

“He’s raced a lot of the best horses in New Zealand, he’s quite seasoned,” Kate said. “I was pretty happy with him at Bendigo, I thought he got to the line pretty good and did a good job to beat the leader in that race.

“Hopefully he can get the job done again this week. He has got a bit of a tricky draw again, but he is good enough to make his own luck and still win.”

The camp also has Morgan Mylee in the Cottrell Electrical Trot, Miss Hartley in the Barastoc Pace and Scallywag Sam in the feature trot, but will be an absentee from the headline TAB Long May We Play Pace after the scratching of Eureka.

Lochinvar Art, who Gath labelled “a great horse” and “there might not be any better”, steps out at 8.05pm and will be a short price despite the presence or Sirletic and San Carlo.

Join hosts Blake Redden and Toby McKinnon as take us through tonight's Shepparton racing on SENTrack on 1593AM in Melbourne, 1539AM in Sydney, 657AM in Perth, 801AM in Gosford, 96.9FM in Ingham, 99.1FM in Atherton and 1575AM in Wollongong.

Virgil by Sweet Lou out of Pacing Delight at Albion Park

Copperfield by Bettor's Delight out of Tricky Woman at Albion Park

Perishing by American Ideal out of Sunset Soky at Cranbourne

Something Bettor by Bettors Delight out of Distant Memory at Cranbourne

Soho Brandenburg by Bettor's Delight out of Soho Berlin at Shepparton

American Lightning by American Ideal out of Zest Philly at Invercargill

Yankee Party by American Ideal out of Surprise Party at Invercargill

Pott Luck by American Ideal out of Pepper Potts at Cambridge

Was five back on the markers early, gained a one out and one back trail at the 600m and came out three horses wide with 300m remaining. He was giving the winner ITSARAPT a big start but was able to make up a lot of ground over the concluding stages. REPORT

MAGICOOL ran along at an even tempo and held on to defeat MAR PACIFICO, whose was a good run after being shuffled back to last and starting a run from the 400m. REPORT