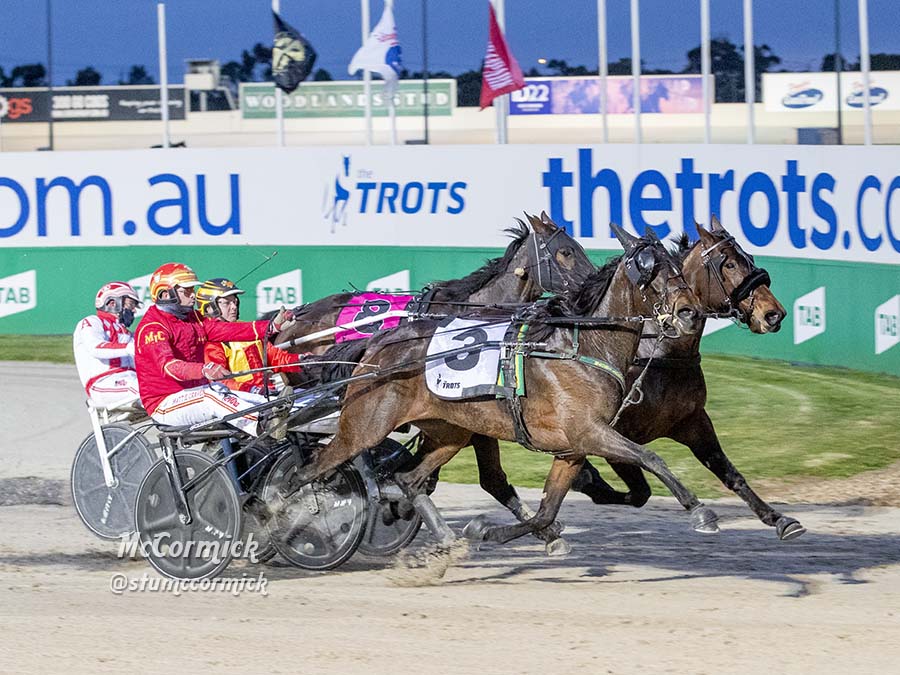 The after glow is magnificent for Matt Craven, but the trainer-driver of flying filly Pink Galahs will have little time to bask as another Group 1 opportunity presents.

The Terang tearaway who last week changed the trotting landscape will start from gate five in Saturday night’s TAB Victoria Trotters Oaks, to stream on Trots Vision at 8.32pm.

It’s the first of three Group 1s on an 11-race card that also includes the Benstud Make Mine Cullen, leg one of the Elizabeth Clarke Mares Triple Crown, when Amelia Rose will lead the Emma Stewart stable's attack against the likes of Goodtime Heaven and Our Princess Tiffany.

But it’s Craven’s three-year-old filly that may well outshine them all in the starpower stakes after her stunning victory in last Saturday’s Aldebaran Park Bill Collins Trotters Sprint.

“It’s a feeling I’d love for many people in the sport to have the chance to experience,” Craven told Trots Talk of the Group 1 win. “It’s something you can’t describe when you win a race like that. Definitely wasn’t expected, it was a huge, huge thrill. I was so proud of my little girl.

“Through the run, with a lap to go she relaxed beautifully and you think to yourself, have we got any tickets tonight? How are we travelling little girl? But she really picked up off the back straight and travelled super. 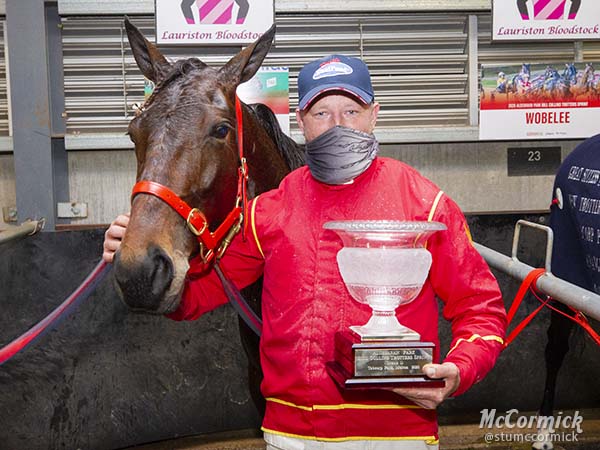 “To be able to run down Dance Craze, I don’t think I can believe it. When Jason Lee told me I beat him I still could not believe it. Even now speaking about it I’m still quite emotional, I don’t know why, I think I’m just so proud of my little girl.

“It’s not something we expected. We knew that she was good enough, not maybe to win, but be competitive. Something that will stay with us for a long time.”

But there’s a need to get back down to business as she leaves behind the cut and thrust of open class racing to stoush with three-year-old fillies for the first time since running fourth in the IRT Australia Need For Speed Princess Final at Melton on February 29.

On that occasion she finished behind Anton Golino’s pair Im Ready Jet and Imamaorijet, both of whom share the front row with her in the Oaks. Add in Tailored Elegance, Illawong Stardust, Sultan Sass and Chevron Action to name a few and it’s a high-class race, which has been front of mind for Craven for some time.

“It’s not something to be taken lightly. One of the reasons why we have taken the (free-for-all) path that we have is we know this three-year-old crop’s very special,” he said.

“We’ve seen some of these compete at a very high level and produce very, very good results. We know it’s not going to be easy and all her own way on Saturday night.

“Take into account (Tailored Elegance) to our outside, she defeated free-for-all horses in New Zealand before she arrived in Australia. That’s very, very good form for a race like this. If she’s anywhere near right she will be super hard to beat.

“Im Ready Jet has already shown she has had my filly’s measure in the past, so those two are going to make life very tough for her. All the runners in the race, you see the form is quite strong and it won’t be a walk in the park by any means and we are not expecting an easy race on Saturday night.”

Began quickly to lead in the field of two runners with FATHER JUDGE trailing. He set up a moderate tempo early but was able to zoom home in a slick final 800m, dropping off his only rival from the 500m mark and winning easily. REPORT

Settled down last of the three runners, circled around to lead at the bell and ran away from his rivals to win impressively. REPORT