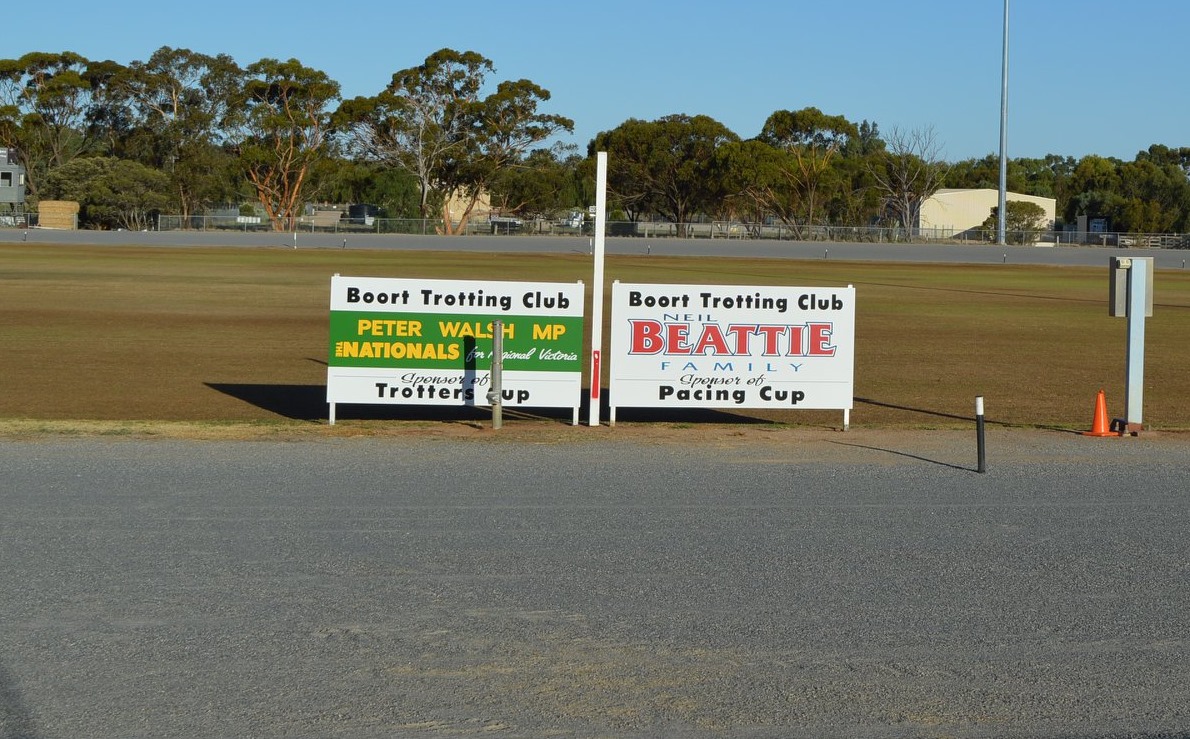 Ten horses - including impressive last-start winner Uncle Jord (Craig Turnbull) and recent Wedderburn Pacing Cup champ Pembrook Charlie (Julie Douglas) - will duke it out over 2250m, with Jess Tubbs confident her two charges - Larajay Macray and Im Anothermasterpiece - will be in the mix.

The Myrniong trainer said Larajay Macray, who will start from the pole, had “been racing really well”.

“She likes racing up front and has drawn ideally,” Tubbs said.

“Her work has been really good and hopefully she can be pretty prominent at the start and we will see where we end up.”

She said Im Anothermasterpiece - who ran second in the 2019 Victorian Derby as a talented youngster for Mark Purdon (as Another Masterpiece) - had a “class edge on most of the other runners”.

“We are really happy with how he has been going,” she said.

“He had a little freshen-up before (the Ararat Pacing Cup) and over-raced in that run; if he looks to settle in this race he should be in the finish.”

Elmore trainer Keith Cotchin said his hopeful Brackenreid had the potential to rise to the occasion.

“He’s in with a good chance; he always runs a really good race (and) can sort of kick on a bit,” Cotchin said.

“He’s probably going to have to do a little bit but will be thereabouts.”

The pacing cup headlines a feature-packed day to celebrate the oldest continuous trotting club in Australia during its 130th year, with the card including The Honourable Peter Walsh Boort Trotters Cup, a 2612m feature with $14,500 in prizemoney up for grabs.

Highlights off the track include Fashions on the Field and yabby racing, while vocalist Susan Foley will perform.

The club is also celebrating champion trotter Grand Voyage, who won the Boort Pacing Cup 100 years ago in 1921. Paddy Glasheen trained and drove the horse through his career and his family will be on track, as well as a sulky used by the horse on that day at Boort.

“It is always nice to go to the cups and the country clubs really put on a good show,” he said.

“They try to look after the public and have everything there for you. Boort is a good meeting and there is some good prizemoney on offer there.”

Tubbs agreed, saying volunteers put in a lot of work behind the scenes.

“I have worked in racing administration myself for a long time now and there is so much work that goes in; (volunteers) with their committees do such a terrific job so it is important that we do support them when they do have the chance to shine with their cups,” she said.

“Just to be able to see crowds starting to come back to the races and owners back on track cheering their horses home, it is an important part of racing.”

Entry to the COVID-compliant event is free, with racegoers receiving a racebook on the house.

“She’s dropping in grade - she will need a bit of luck from the draw.

“She has been racing well without much luck. She’s fit and well so hopefully she does find that luck in running.”

“He is going to have to come from behind, which is hard on this track, but if the ones in front of him get out well and he gets up there he has that short and sharp sprint (which will allow him to) make his presence felt.

“He has been going quite well; his last start I think he ran his last mile in 1:53.5 - the fastest he has gone, but when you make it to that grade you need a little bit of luck.”

TUNE IN at BOORT

At Shepparton on February 18, he settled three back on the outside, came out wide approaching the home turn and finished off strongly, making ground on the subsequent winner LOPEZ at the finish. He has drawn favourably at Boort so he should run a big race. REPORT & REPLAY

BLACKBOOKER: Boort, R2 N9, Give Us A Wink

On February 14 at Bendigo, he settled fifth on the markers and had no clear run at the finish, going to the line under a throttle hold. He was unlucky and considering most of his rivals have a National Ratings assessment over ten points higher, it was a big performance. REPORT & REPLAY