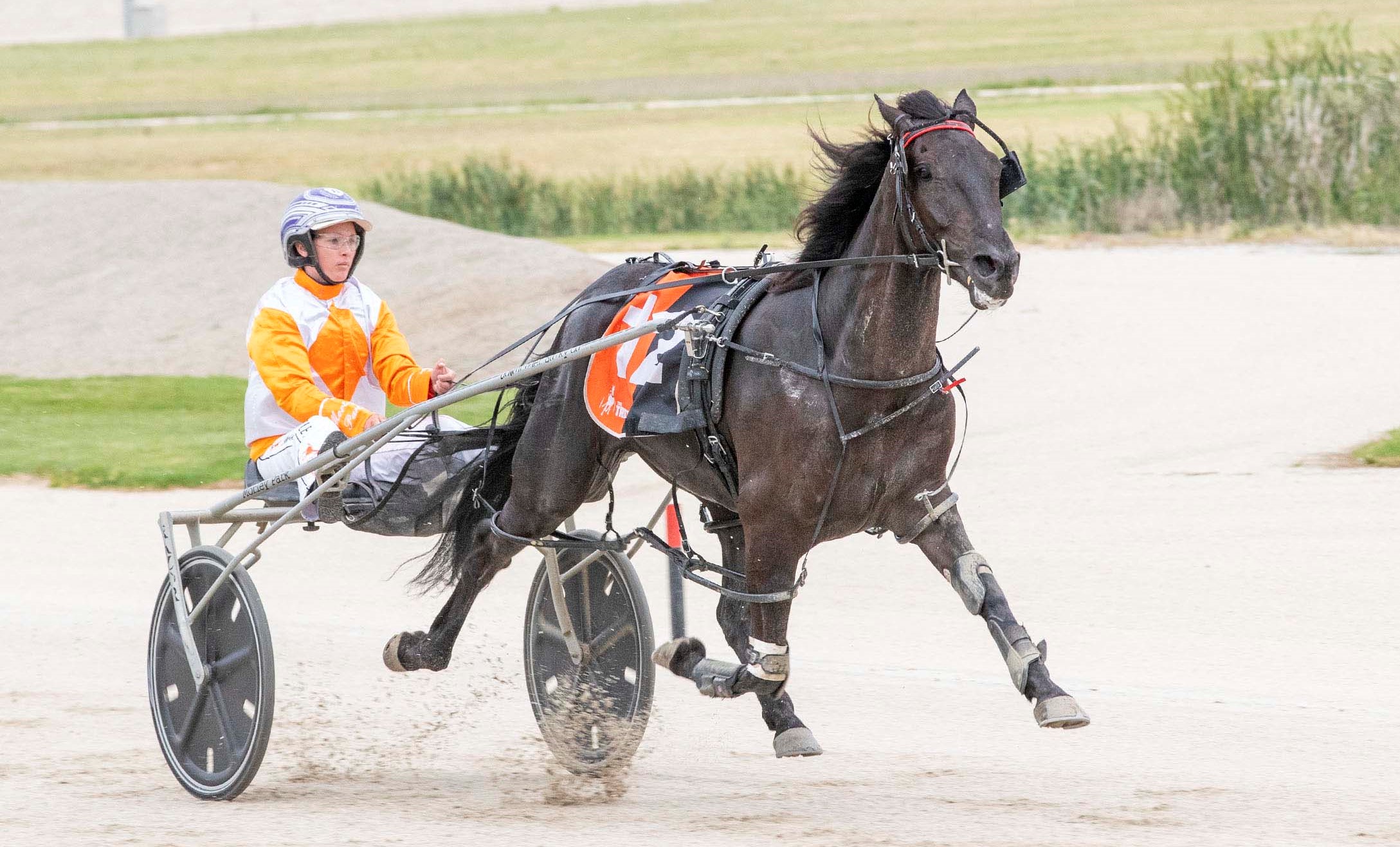 Rebecca Bartley already has her name on the Community Bank Maryborough Gold Cup honour roll thanks to her old mate San Carlo's win back in 2017.

Four years on, she's plotting another raid on the race with highly-talented stablemate Western Sonador, who is fit and raring to go after sitting on the sidelines last weekend.

Connections had nominated the son of Western Terror for a place in the Pryde’s EasiFeed Victoria Cup, but missed a run after he was named as the emergency for the $300,000 Grand Circuit classic.

That means the gelding will tackle this weekend's Goldfields feature on the back of a mini freshen-up, with his last start being a ninth placing in the Jet Roofing Kilmore Pacing Cup back on September 24.

Bartley, a Kialla-based co-trainer and driver, said winning the Group 3 Maryborough Gold Cup with San Carlo was a special victory.

"That was really good. I think that was my first country cup so it would be great if we could do it again with this guy," Bartley told Trots Talk.

"They both just try really hard and they give you that feeling that they've got more to give after you think they're gone.

"Western Sonador has probably got a little bit more speed, especially out of the gate, and San Carlo is just so tough.

"I don't really like comparing them because they're both pretty good in my eyes."

Bartley will have to be at her best in the sulky to navigate a path to victory on Sunday, with Western Sonador to start from barrier seven in the $35,000 event.

The pair will take on a crack field of rivals over the marathon 2690m trip, including the emerging Our Millionaire and resuming Somewhere Secret from the Emma Stewart yard, in-form ex-Tasmanian Willie Go West (Dean Braun) and Vic Cup combatants Malcolms Rhythm (David Aiken) and Wolf Stride (Andy Gath). Malcolms Rhythm is the current Trots Country Cups Championship leader, with his tally of 18 points just six clear of Wolf Stride, who sits in fourth place on the standings.

Bartley said the Inter Dominion Championships through November and December remain firmly on the radar for Western Sonador, who might also be joined for the series in New South Wales by San Carlo. The latter has not raced since September last year, but is working his way back to a return.

Recent Kilmore and Swan Hill cups champ The Penny Drops (Ray Harvey) will be one of six starters from the 10m strand.

Rob Auber will join caller Lachlan McIntosh to bring you all of Sunday’s action live on TrotsVision, with the first race to go at 12.15pm.

LISTEN TO BARTLEY ON THIS WEEK'S EPISODE OF TROTS TALK:

TUNE IN at MARYBOROUGH on Sunday

MAX DELIGHT, by Bettors Delight out of Lady Euthenia, a winner of the Victoria Cup at Bendigo on October 9.

At Bendigo on August 30, ONE BIG SHEW produced a very eye-catching effort. He settled down last and ran home well late, seemingly with plenty in reserve. Considering the extremely quick final sectionals, his run was excellent and he is worth following. REPORT & REPLAY.

At Melton on September 27, Maajida began quickly and found the lead. She set up a hectic tempo and produced a terrific front running display to get the prize. SOMEWHERE SECRET trailed the leader, moved to the outside with 150m remaining and held his ground in the straight to finish in second position. REPORT