Trots Centre: Brent hoping his mare is Tailored for Speed 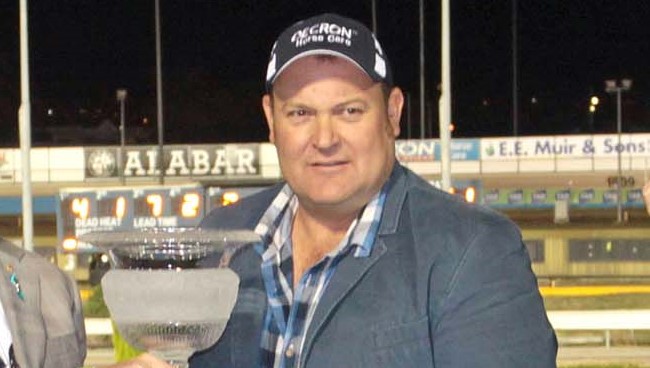 Top trotting trainer Brent Lilley is pleased with the progress his talented mare Tailored Elegance has made as she embarks on a second racing preparation in Australia.

The daughter of Muscle Hill arrived in Victoria with significant hype after some great early form in New Zealand - including victory in the Group 2 Haras des Trotteurs Sires Stakes 2YO Championship - but has only been able to win one race on our shores.

After a nice break through the back end of last year, following a fourth placing in the Group 1 Breeders Crown Series 3YO Trotting Fillies Final, Tailored Elegance returned with a stylish second to the highly-talented President Roydon at Tabcorp Park Melton on February 5.

Lilley said Tailored Elegance was pleasing him much more as a four-year-old and rated her a good chance of success in Wednesday night's Lyn McPherson Memorial Breed For Speed Gold Series second heat.

"She just had a lot of seasonal trouble last time and it took her a while to settle in," the Bolinda trainer said.

"Since she's had a spell and come back, she seems much better.

"She's drawn handy (barrier four) so she should get a pretty good run handy to the pace. With that first-up run under her belt, I think she'll be very hard to beat.”

The first heats of the Breed For Speed were held at Shepparton last week, with qualifiers (first five across the line plus emergencies) to progress to feature finals at Tabcorp Park Melton on February 27.

The three Breed For Speed series categories are:

The Tabcorp Park Melton meeting at the end of the month is headlined by the $100,000 Group 1 Australian Trotting Grand Prix – part of the Aurora Australis series - and the WomenCan Team Teal 'Night at the Trots' function.

At Shepparton on February 2, she began quickly and was without cover early before finding the lead. Enjoyed a nice run in the lead and took some coaxing to hit top gear but she shot away over the concluding stages. REPORT

Began quickly to lead at Tabcorp Park Melton on February 9, set up a slow tempo throughout and sprinted home too quickly in the run to the post. REPORT