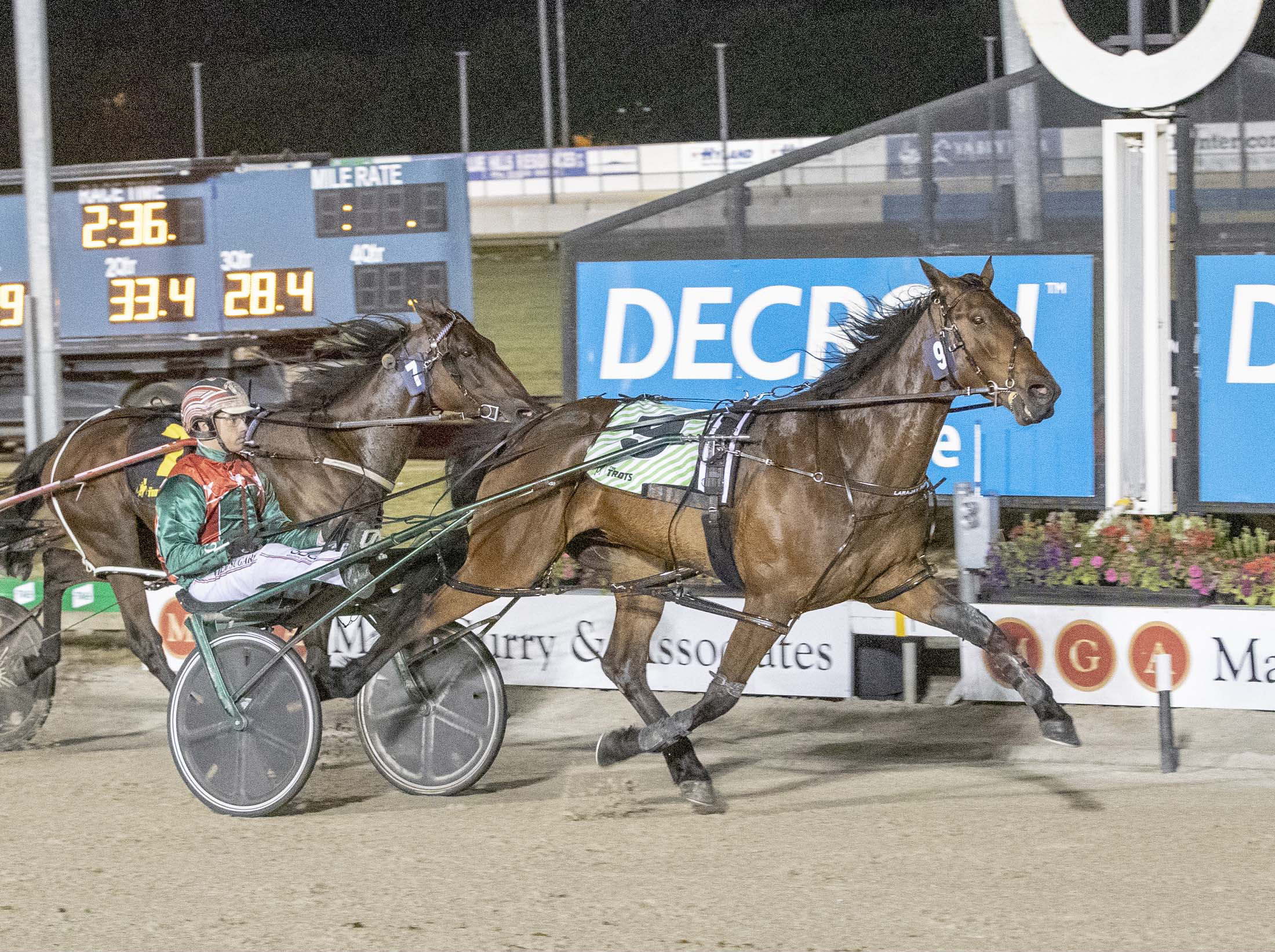 When John Justice rolls out onto the track for the Flying Brick Cider Geelong Rocket on Joe Nien, he will be hoping the six-year-old gelding emulates the feat of his champion Shakamaker.

The feature sprint over the mile, which returns after an eight-year hiatus, was the last race won by the star pacer, who claimed the inaugural Rocket before what was to be his final Inter Dominion campaign in New Zealand during 2003.

“He (Shakamaker) didn’t have a good trip over there and he came back and was either ready for a good spell (or retirement) and (owner) John (Wolfe) decided to retire him,” Justice said.

“It was a pretty traumatic year after that, if you can imagine, after your champion retires.”

Justice, who will train and drive Joe Nien in the Rocket - which has an impressive honour roll - said his horse performed well over the shorter trip.

“I have been struggling to place him with his handicap the way it is and he does like the short trip; that’s the reason why I put him in the Rocket,” he said.

“(Gate three) doesn’t really suit him as he struggles to muster any real gate speed. If he drew one he could probably hold the lead or be very close but he struggles to cross a horse.

“I really don’t know where he will end up from there, to be honest. I know he is ready to run a good race as he has been working well and is ready to win - we just have to wait and see.”

The Toolern Vale trainer said he expected Joe Nien, a talented gelding who has won 15 times from 91 starts, to give a good showing in the $24,000 sprint if he scored a nice position in running.

“If he got a good trip somewhere near the leader I think he would be a good chance to win it, that’s for sure,” he said.

Back on February 22 at Geelong, she came from last (7th markers, 1-2 at 800m) to grab third. It was a very nice trial performance by the Geoff Webster trained filly. She hit the line hard and went to the line under a strong hold. She makes her debut at Geelong tonight, where she is meeting a couple of handy fillies but she trialled well enough to suggest she will win races. REPORT and REPLAY

At Kilmore on February 17, JUST HOPE led throughout to win by a large margin. She dashed home in a slick last quarter of 28.0 seconds and is worth following. REPORT and REPLAY