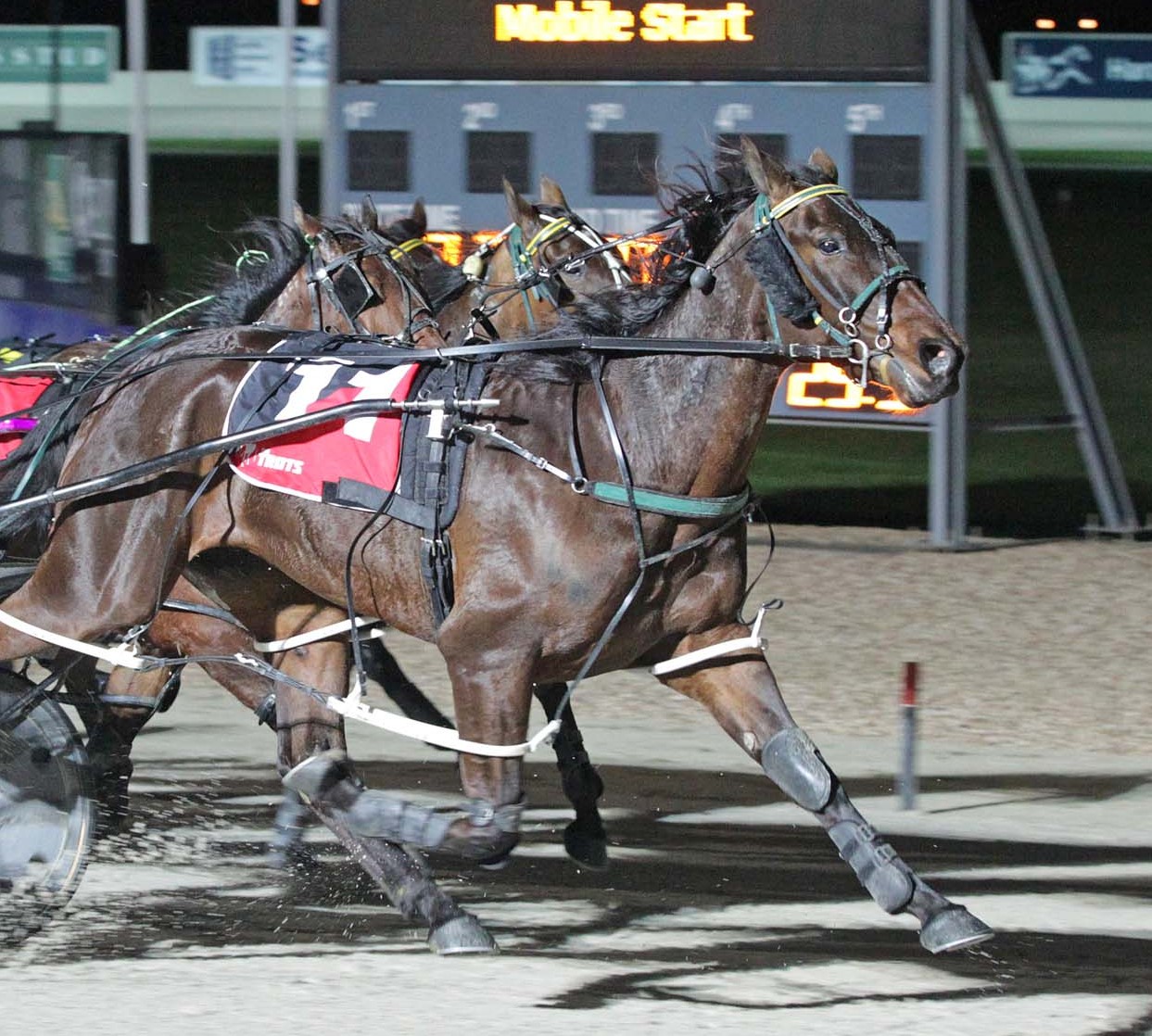 While the pacing spotlight has shifted to Victorian firebrands Lochinvar Art and Ride High, the hunting pack is hungry and not about to just hand it to them.

Chief among that number is Sirletic, the former Gavin Lang-trained speedster who’s building on his imposing record with David Aiken’s stable and, fresh from finishing nine metres in arrears to Lochinvar Art last start, the team’s hatching a plan to challenge Ride High.

Reinsman Josh Aiken is hoping Sirletic, winner of 12 of 21 starts, can use his advantage in the draw of tonight's Garrards Horse & Hound Pace at Bendigo to make life more than a little difficult for the $1.04 favourite, who’s lost only once in 14 outings.

“Plan A is going to be to cross over and lead for as long as possible,” Josh Aiken said, with Sirletic to emerge from gate four and Ride High the only horse on the back row.

“From there, being a mile race, by the time (Ride High) snags off the fence from the inside back row and gets the horse to settle, he'll have to navigate some traffic. We’re nearly passing the bell by then – the race is approaching half over.”

And Aiken figures from there it will be race on.

With Sirletic playing catch me if you can a fascinating battle presents and comes at a good time for Aiken, who’s more than happy to test his drive against the best.

“(Lochinvar Art and Ride High) are both probably the elite and definitely the two best horses in Victoria and possibly Australia, so for us it’s just a really good levelling stick,” Aiken said.

“We were really happy with our guy last week off a freshen up and this week’s another challenge.

“For us it’s going to give a really good indication of where our horse is at. He’s a really nice horse and really progressive. Gav indicated to us when he gave him to us that he was the sort that he thought would reach that country cup level and just thought if he clicked he may get to that elite Grand Circuit level.

Aiken said Sirletic had "that really high speed, that little bit of x-factor" that elite horse needed to have to compete at the top level.

“You’ve got your really good metro horses and country cup horses that can rattle out nice quarters, nice miles, but those elite horses need electric speed and Sirletic has that," he said.

“I think he’s the kind of character who’s going to be better suited when there are more good horses around, when Ride High and Lochinvar Art meet each other crossed with a Cash N Flow. He’s going to be the sort of horse that benefits when it's a full field, three or four really nice horses in there really having a go at each other and he can just camp off them and use that speed."

It's a mouth-watering prospect. And making the perceived rise and rise of Sirletic all the more notable is the connection with Lang.

Aiken wears the reinsman's silks when he steers Sirletic, who is part-owned by Gavin's wife Meagan.

“It’s an absolute privilege," Aiken said. "I can remember going to the Valley with dad and you used to go and watch Gavin and Chris Alford and Teddy Demmler’s probably one of the first ones I remember.

“You grew up idolising these guys and to compete against them is just completely surreal. It is something you will look back on and Gavin Lang-Chris Alford will probably be the two best drivers that we’ll see. To have competed with them at the top level is an absolute privilege.

“To get this horse from Gavin and Meagan was really humbling for both Dad and myself and to wear the colours is really special too her. This horse is bringing so much joy to his owners and to Meagan, they’re really just enjoying racing this horse and it’s a horse that Gav really cared about.”

July 10: Settled four back on the inside, gained a trailing position behind ERROR and went to the line jogging with plenty in reserve. He was an eye-catching third in front of SEIZE POWER. REPORT

July 17: followed a very nice trial performance at Melton with a nose second so he should be ready to be competitive at his first up run. REPORT