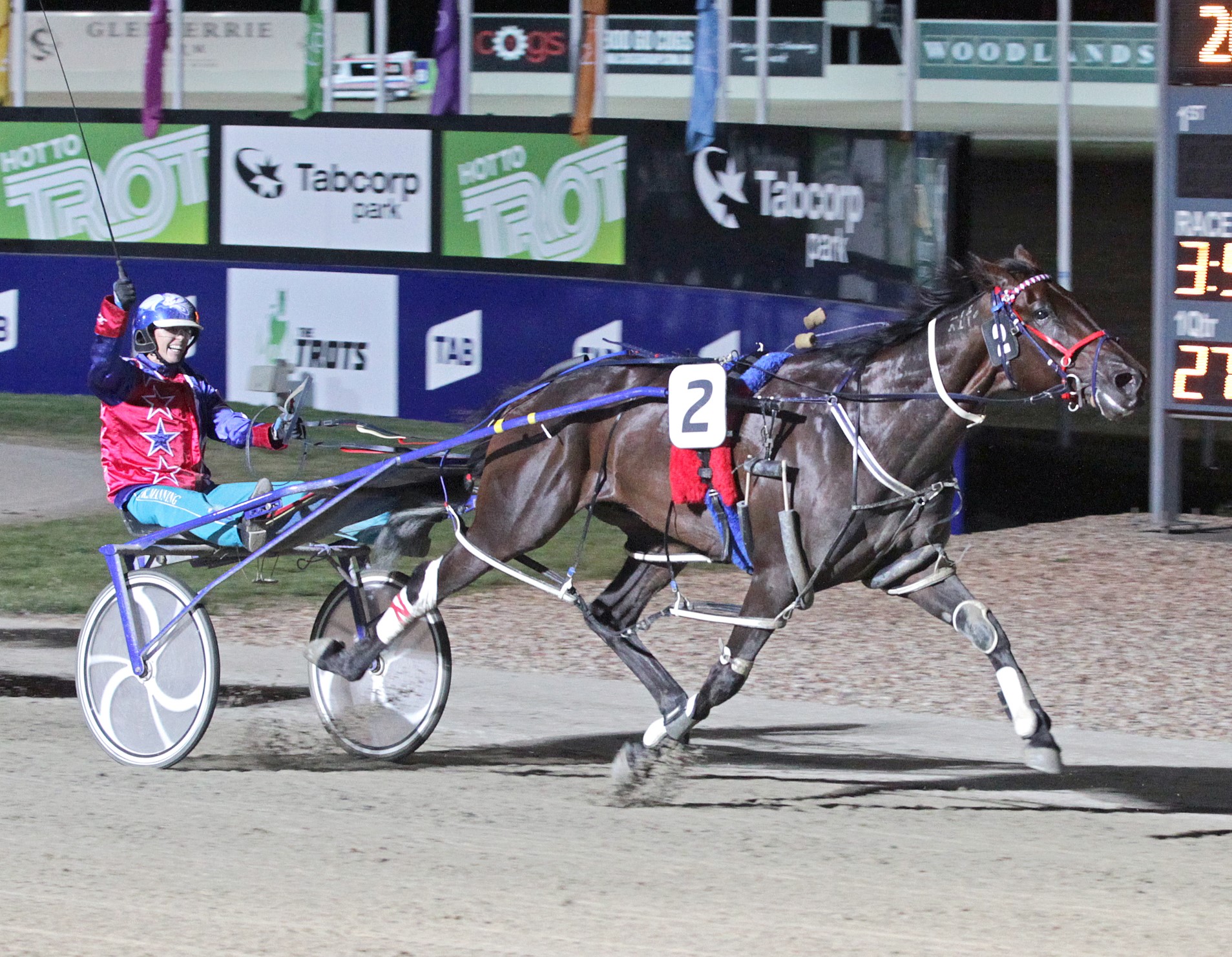 Kerryn Manning is inching closer to another magical milestone and could bring it up at Terang tomorrow night.

The superstar reinswoman, who recently surpassed 1000 wins as a trainer, has won an incredible 3998 races during a stellar driving career spanning four decades.

And she has two chances at Terang - Eva Mateo in the Directwear-Workwear Specialists 3YO Pace and Lord Chancellor in the Scanlons Dairy Centre Trot - to snare win number 4000.

Manning said Eva Mateo - who will line up from gate four over 2180m - would appreciate the drop in class after taking on the best of her age in the Group 1 Alabar Farms Vicbred Super Series 2YO Fillies Final at Trots HQ on New Year’s Eve.

“She probably looked a bit plain the other day but I think the sheer speed in the race was a little too much for her, so the drop in class will be much appreciated,” she said.

“I don’t know about the Barry Finnis horses (Royal Speech and Sunshineinparadise) but their form looks quite good (and) you’d think the drop in class would be a big help. If she goes her best she is a good chance and would go pretty close, certainly.”

Manning said Lord Chancellor, who has drawn barrier 6 in the 2180m trot, was in a similar boat after finishing seventh in the Group 3 Aldebran Park Vicbred Super Series 3YO Silver Trot at Kilmore on December 30.

“He certainly appreciated the two thirds he had with the drop in class after the (Breeders Crown 3YO Trot at Bendigo), where they were obviously a bit too good for him - the same in the (Vicbred),” she said.

“He too will appreciate the drop back but it isn’t the easiest race; there are a couple in there that don’t go too bad and he doesn’t have a lot of gate speed, so from that draw he will end up back a little way.

“That said he worked pretty well (on Tuesday), so hopefully he is back to the right class; he is honest, he won’t have a great winning chance but hopefully a place chance.”

She said “the love of the sport” had kept her interest level high over the years.

“It is a good sport,” she said. “The last few years have been a little more of a battle to keep motivated but we tick along; we haven’t got as many in work now, only about 10, so it has been a little bit easier.

“There can be a little wait between drinks, but when you get another winner it gives you a boost; it is a really good feeling.”

Manning, whose two Terang drives are trained by dad Peter, said celebrating her 4000th win on one of his horses would be “pretty fitting”.

“It is where I started driving, so it would be good to get it up on one of his horses,” she said.

“If we can pick up another one at Terang that would be good, but it is going to be a little tough to get two, that is for sure."

TUNE IN at CRANBOURNE

Showed good gate speed to lead and ran along at a very genuine tempo. He established a good break in the final circuit and continued to build on that lead over the latter stages, winning impressively by 40m. REPORT

Hasn’t raced since having three unplaced runs back in January. She scored over MERRY DANCER with KURUN EXPRESS being in a distant third. REPORT