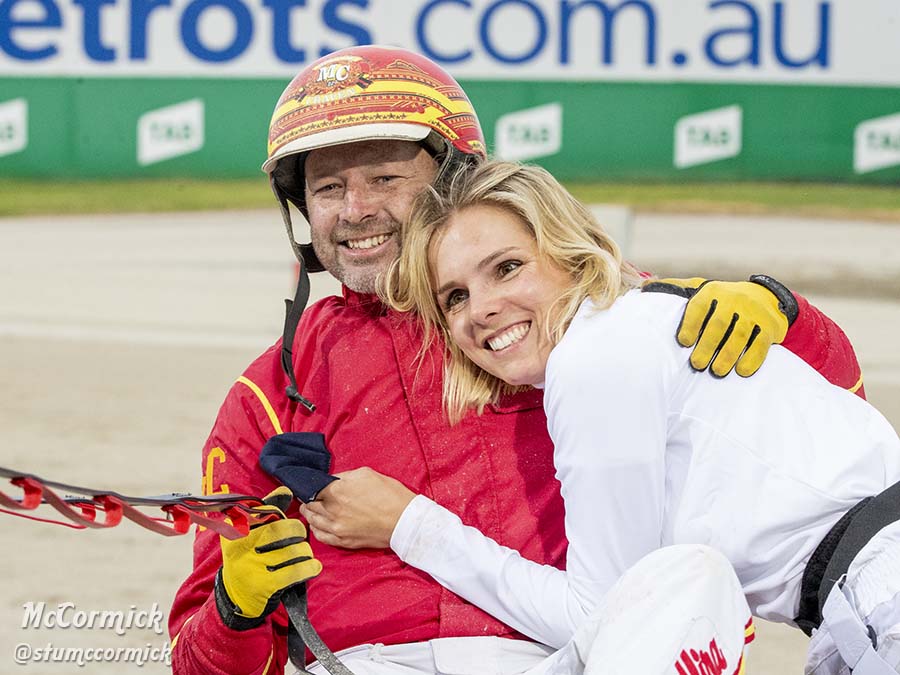 He would have likely started a warm odds-on favourite in one of tonight's support races, but Matthew Craven has opted to throw his exciting prospect Kowalski Analysis into the deep end of the PETstock Ballarat Pacing Cup.

Craven's charge was emergency for the $110,000 Group 1 feature, but gained a start following the shock withdrawal of Hurricane Harley on Thursday.

The Ecklin South trainer said he was happy to skip the PETstock Rewards Pace and give the son of Roll With Joe his first crack at elite level open class company.

"We're looking at the bigger picture long term with him. We just threw him in just for experience really," Craven said.

"He's ticking along okay, but we think he's more a next year horse. If we can just hopefully get runs in some of these better races and he can just follow around the fence and really get accustomed to what the big racing is all about, I think we could see a really nice horse next year."

Kowalski Analysis has won five of 16 career races and heads to Ballarat on the back of a fifth in the Vincent Vicbred Super Series 3YO Colts and Geldings Final behind Pacifico Dream and a second to Fourbigmen in last weekend's Matthews Petroleum Hamilton Pacing Cup.

Craven isn't tipping miracles this evening - nor does he expect them - but he's just happy to give the four-year-old brown gelding an up-close-and-personal look at some of the best in the business.

"He's got really high speed and then he's just got to develop that tough edge to him to race these better horses," he said.

"I think just driven quiet and up the fence, he's going to win a nice race at some stage.

"If he happens to step up to where we think he is potentially capable, he could be one of the (Ballarat Pacing Cup) contenders next year rather than just a horse that's going to follow them around."

It's not just Kowalski Analysis that will gain some valuable knowledge tonight, with Craven's partner Sofia Arvidsson set to take the drive in one of Victoria's premier races. The Swedish-born horsewoman has partnered the horse in 12 of his 15 starts and will be out to do her best again from barrier 10.

"She's come a long way in a short period so far and the more experience she can get in these races, the better it will be for her going forward in any race," he said.

Kowalski Analysis is a $126 chance with the TAB behind the heavy odds-on favourite Lochinvar Art, who sits at $1.15.

Tonight's Ballarat Pacing Cup is race eight on the 10-event card and is set to go at 9.32pm.

Settled last of the three runners and came to the outside with 300m remaining. He never looked like picking up the leader MAORI LAW until the final 30m of the trial where he really knuckled down and showed a great tenacity to get to the line. It was an impressive display and he should go very well first up from a break at Ballarat tonight. REPORT

The Metropolitan class pacers ALPINE STRIDE and LET’S STRIKE THE GOLD started from the handicap of 40m but they were clearly superior to their trotting rivals. ALPINE STRIDE settled down last of the five runners, trailed behind LET’S STRIKE THE GOLD for the first lap then pushed forward to find the lead at the bell. He rolled along at a genuine tempo in the final circuit and was well clear at the finish. REPORT