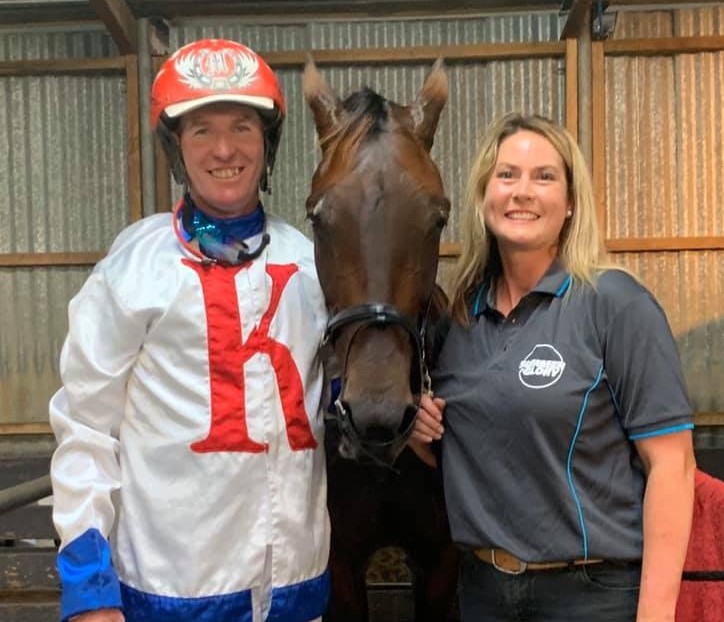 Fingers will be crossed that tonight’s racing at Shepparton will bring breakthrough number two for the little gelding whose run of near things sparked something of a cult following.

Lion Heart, Rebecca Morrissey’s five-year-old who gradually grew into his own name, chases his second win in tonight’s JDC Contractors Trot, which will stream on Trots Vision at 7.33pm.

Tonight marks start number 73 for Lion Heart, who’s produced 25 placings to date and one magical moment at Geelong on March 11, which was victory number one at start 67. It was all the more significant for being the first victory in trainer Morrissey’s own name, with her previous successes having come in partnership with husband Paul.

“The fact that he went so many starts before winning, I think everyone was hoping the little bugger would get over the line and win a race for me,” Morrissey said.

“He didn’t show anything as a two-year-old and did a lot wrong. It wasn’t until he was a late three-year-old that he showed a little bit and we persevered. He had so many placings in the lead-up to that first win.” 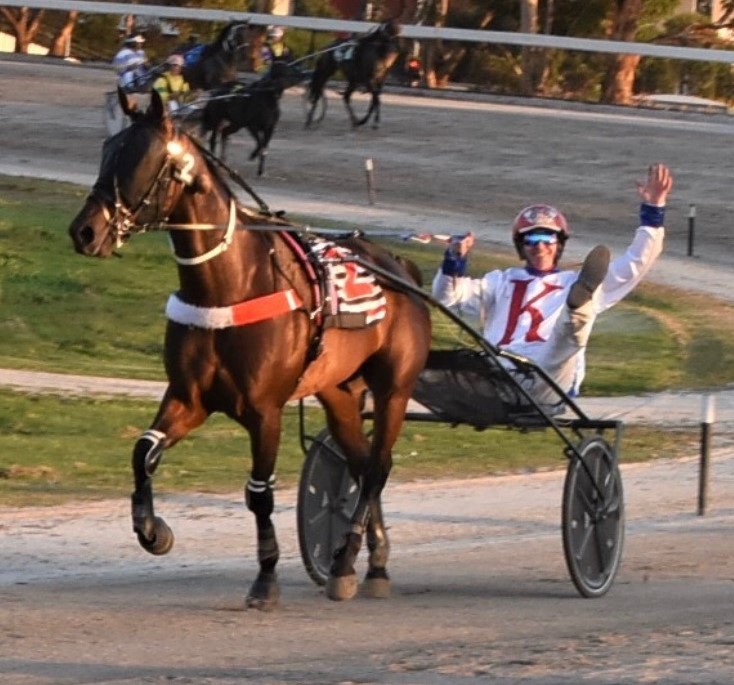 It was the sweetest of victories for Morrissey and reward for patience and persistence, both from the trainer and her horse, who was named as such in “the hope he would have the heart of a lion”.

“I didn’t actually like the name to start with, but you have to give options and it was not my first choice, but the name has really suited him and he has got a bit of a following too,” she said.

And while not a regular winner, Lion Heart has been a regular earner, securing $33,490 in stakes.

“To have him running placings every 10 days goes a long way for the bank balance, but it’s more about having fun and sharing it with other people.

“I am breeding a few mares and Lion Heart has helped them go to a bit better stallions.”

In fact Morrissey has five trotting mares she is breeding to in Vienna Noon, Butterfly Noon, Canadian Dream, Six Appeal and Livingonadream, the latter a half-sister to Just Like Jack ($112,381) and Barneys Invasion ($81,199) and the dam of Lion Heart.

“They have been a great family,” Morrissey said. “We have ended up with some nice horses and have little Lion Heart, who tries his heart out and is competitive.”

And the expectation is he will do so again in race 4 at 7.33pm, when Lion Heart has his first start in the hands of reinsman Darryl Douglas, with regular driver Mick Bellman having a big haul at Horsham earlier in the day but credited for doing “a fantastic job educating (Lion Heart) in races”.

Lion Heart will start from inside the back row, and if he can overcome his poor starts Morrissey said he should be well placed for a bold showing.

“The only issue is at the start. He’s certainly better tucked away behind the leaders and hopefully he can get a good run into the race at the finish.”

TUNE IN at HORSHAM

Raced without cover throughout and was strong at the finish when a narrow but decisive winner in fast time. He hit the front on the home turn and held off the challenge of JILLIBY RETRO (1-1), which trailed him throughout and made a late lunge. REPORT & REPLAY

Trailed the leader (BIDE OUR TIME), was held up for a run at a vital stage and used the sprint lane. He finished off solidly without being pushed and continued his good trial form. REPORT & REPLAY