Trots Centre: Same ol' Song as heat is on in Sunraysia 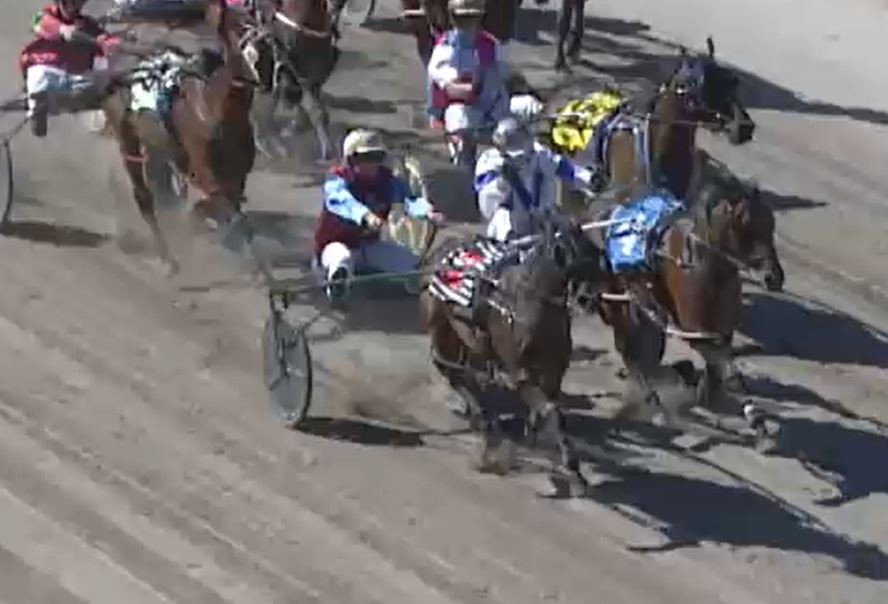 There will be more than a little sizzle in the Sunraysia tonight as racing returns to the north-west and the 10-race card is certain to bring the heat in true Mildura style.

A 36-degree day is forecast ahead of the first at 7.02pm, drifting down into the 20s by the last at 11.10pm, and trainer Scott Garraway joined SENTrack this morning to talk tempature and his stable's chances.

"They're used to (the heat), though the mares don't tend to handle the heat as much," he told Jason Bonnington's Trots Life on SENTrack.

"They can be a bit funny with it. We haven't had a real summer year, it's been hot a few times but today is probably one of the first times it's been this hot going to the race, so we will find out a bit more tonight."

Much of Garraway's hopes tonight will rest on the mares, beginning with Skippers Swan Song, his first to step out in the Euston Club Pace.

The three-year-old Western Terror mare is the last of broodmare Beejaykay's 11 foals, with Live To Laugh ($253,080) and Dance For Madi ($119,320) among those to precede her. After previously racing for Bruce Harpley, she's had three starts for Garraway for a third, second and last-start first.

"She's probably my best chance tonight, though (drawn gate seven and) there's no sprint lane here - she does need a bit of luck at some stage of the race," Garraway said.

"It will suit her style, she's a little sit-sprint type of mare. If she gets a break, a gap anywhere late in the run she will be pretty hard to beat I would think."

Garraway's focus will then turn to Miss Twinkle, who starts from the outside front row gate in the TAB Long May We Play 3YO & Older Pace.

"She's a bit of a wild unit Miss Twinkle, she's got a few tricks," he told Trots Life. "She will have to go back, it's a bit of a tricky one, because the younger horses all draw better but she's just turned four, so she's drawn outside the front, which probably doesn't suit her.

"I'm sure there's a win for her soon once she gets in a four-year-old and up race."

Glam Rock, who he will race in the Vale John Gullace Pace, will need all the luck from his gate 10 draw. "He'll be taking inside runs and we'll be trying to look after him," Garroway said.

The same draw was handed to Promise Me Heaven, who closes out the trainer's night in the Park Douglas Printing Pace.

"He's probably the best horse I train at the moment," Garraway said. "I think if you look at the stats there's only been two or three winners from barrier 11 in the last 12 months and he's been one of them.

"It's going to be hard to give a horse like Ian Raymond, who run pretty well against him last time, a head start."

Settled three back on the markers and raced greenly but was able to get an inside run in the home straight. She finished off nicely and showed ability to run. REPORT

Settled last and made up some ground in the back straight when getting around the tiring JAHUN JOE but he peaked in the final 150m. REPORT