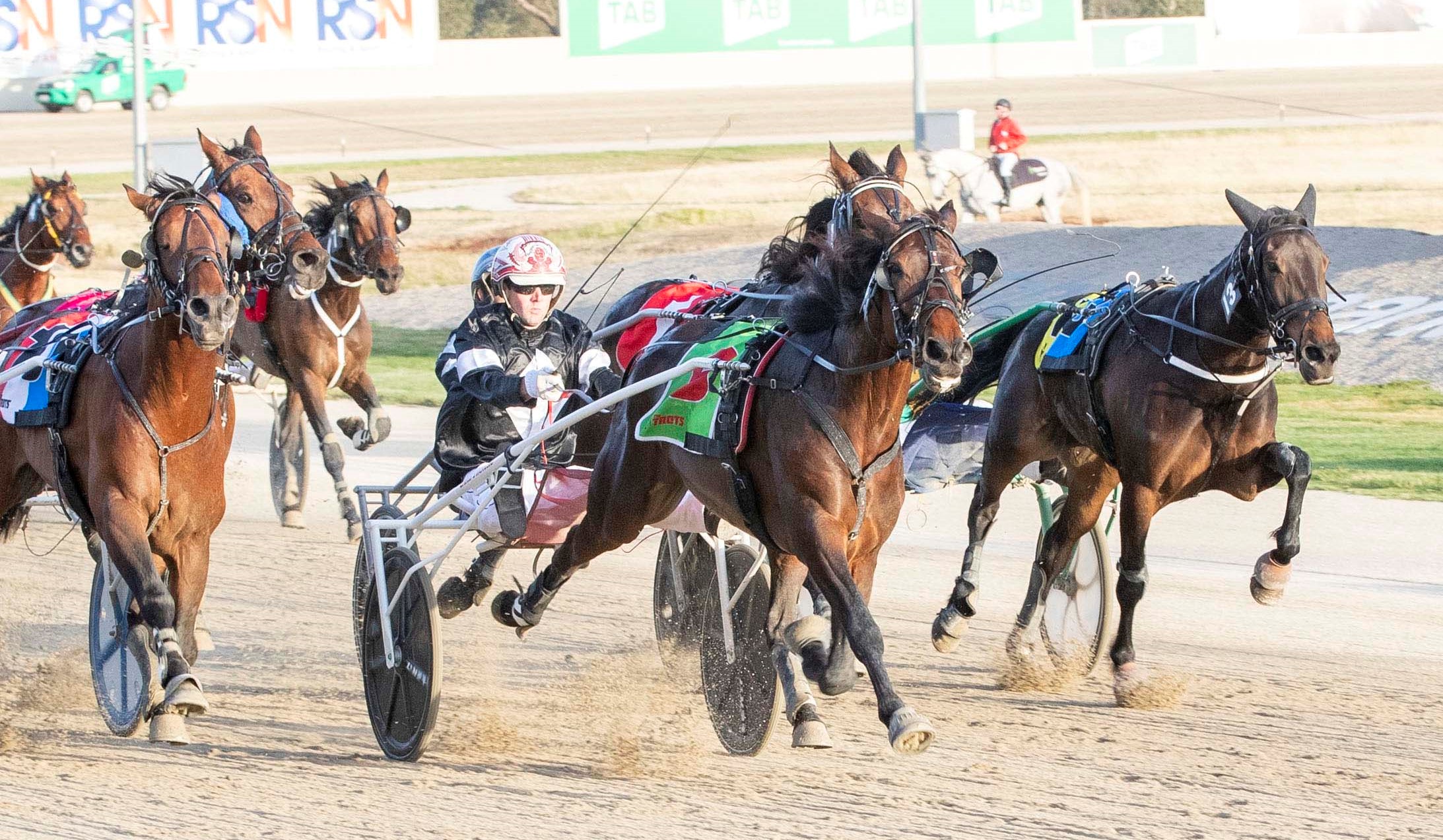 Another in a long line of talented Chris Svanosio-trained squaregaiters makes a return to the races at Saturday night’s Tabcorp Park Melton meeting.

The exciting Norquay, who sat parked and claimed the scalp of Dance Craze in a heat of the Lyn McPherson Memorial Breed For Speed Gold Series before running second in the Group 1 final during early 2020, is preparing for her first racetrack appearance since September.

Svanosio revealed it had been a bumpy road for the daughter of Majestic Son, who has had just the three runs since that agonisingly close runner-up placing to I Am Pegasus at the elite level just over 12 months ago.

“We gave her a little break after that, then brought her up and she just had a few little things go wrong (so) we ended up giving her another spell,” Svanosio said.

“Things just didn’t go to plan with her, but nothing major.

“We thought a real lot of her, but the next prep nothing worked out.

“There’s no grand plans, we are just hoping we can get her back.”

Since being leased from Yabby Dam Farms owner Pat Driscoll, Norquay has been a revelation for Svanosio and his team, which have won seven races with the five-year-old.

Despite the promising form through late 2019 and 2020, the Romsey trainer-driver isn’t predicting any miracles in the Niota Bloodstock Trot on Saturday night, where he will also have stablemate Anywhere Hugo in the race.

“She’ll need the run, but she’s had a few trials and seems to be trotting fairly good. All of her trials (third at Melton and second at Kilmore) have been pretty steady too, so she’ll probably need a few runs to get back into it,” he said.

Glen Craven will drive Norquay in the NR 70 to 85 event, while Svanosio will partner Anywhere Hugo.

“He (Anywhere Hugo) was okay first-up, so he’d have to improve. If either of them could run in the top four or something I’d be pretty rapt actually,” Svanosio said.

Svanosio has four other runners on the nine-race card, with Aldebaran Alissa and Fear The Yankee in the DNR Logistics Trot, Aliens Exist in the Alabar 3YO Pace and Vee Rock in the HERO Claiming Pace.

Plutonium Lady by Bettor's Delight out of Timeless Perfection at Auckland

Krug by Bettor's Delight out of Champagne Princess at Auckland

Larry Lincoln by Sweet Lou out of Yolo at Albion Park

Jigamaroo by Bettor's Delight out of Our Zellweger at Canberra

At Kilmore on March 2, OUR THUNDER BUDDY dashed to the lead in the early stages, set up a slow tempo and was never fully extended. He scored from NORQUAY, who trailed and was also given an easy time in the home straight. REPORT

At Shepparton on March 4, YORKSHIRE pulled hard in the score up before racing without cover in the early stages. He worked to the lead with 1400m remaining and held off the challenge of RETURN SOLDIER in the straight. REPORT