Trots Centre: This Tassie 'kid's ready to take the Leed 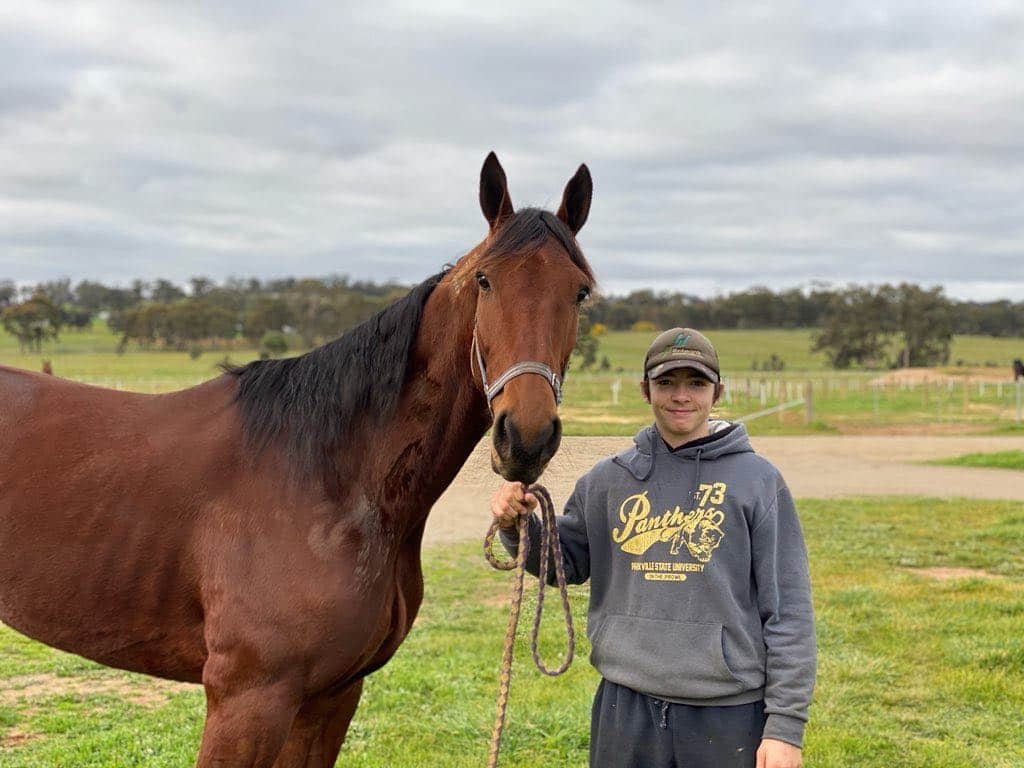 Persistence will eventually pay off for young reinsman Jordan Leedham, who goes in search of a long-awaited maiden winner in the sulky this evening.

The 17-year-old former Tasmanian has been living and working with Shelbourne trainer Kate Hargreaves for the last 10 months or so and has been getting regular opportunities on the racetrack to learn his craft.

So far, his 20 drives are yet to yield a victory, but two second placings have whet the appetite for a breakthrough victory.

Most recently, Leedham was aboard Hancocks Hero when he was run down by Hard Rock Shannon in a race at Bendigo last week.

"My heart jumped when I saw the one coming up on the inside and just beat me, but you can't do much about it I guess. That's part of racing," Leedham said.

He doesn't have any family history in harness racing, but has left school in a bid to make the sport his livelihood.

"I want to give this a crack," he said. "It's really exciting and your adrenaline gets pumping through you when you're out there. It's good just to have some fun and try and make a living out of it."

Tonight, Leedham is back in the gig and will be behind Hargreaves-trained Streitkid, who lines up in the Ballarat Laundry Commercial Pace at Bray Raceway. Leedham has partnered the horse once before - for a down-the-track finish at Bendigo in early June - and thinks he's some sort of hope in the NR 61 to 75 clash.

"He's not without a chance. He's been going pretty good without some luck. Hopefully he's thereabouts," he said.

"It will be good when (my first winner) happens, but I guess I've just got to keep at it until it does."

Streitkid won't be able to use his customary gate speed this evening after drawing barrier eight, but Hargreaves is still hopeful of a forward showing.

"He has been going really well without much luck. I expect him to run another great race and with some luck is a winning chance," she said.

Streitkid will chase his first win since mid-May and 13th overall when he races at 7.30pm.

Was a big winner of the third trial. She began quickly to lead, and was pressured hard by KILLER DRAGON during the middle stages. She shook off KILLER DRAGON at the 400m and was strong at the finish to win in fast time. REPORT & REPLAY

Trailed the leader throughout and couldn’t keep with him in the last 800m but was able to finish well clear of his other two rivals.  REPORT