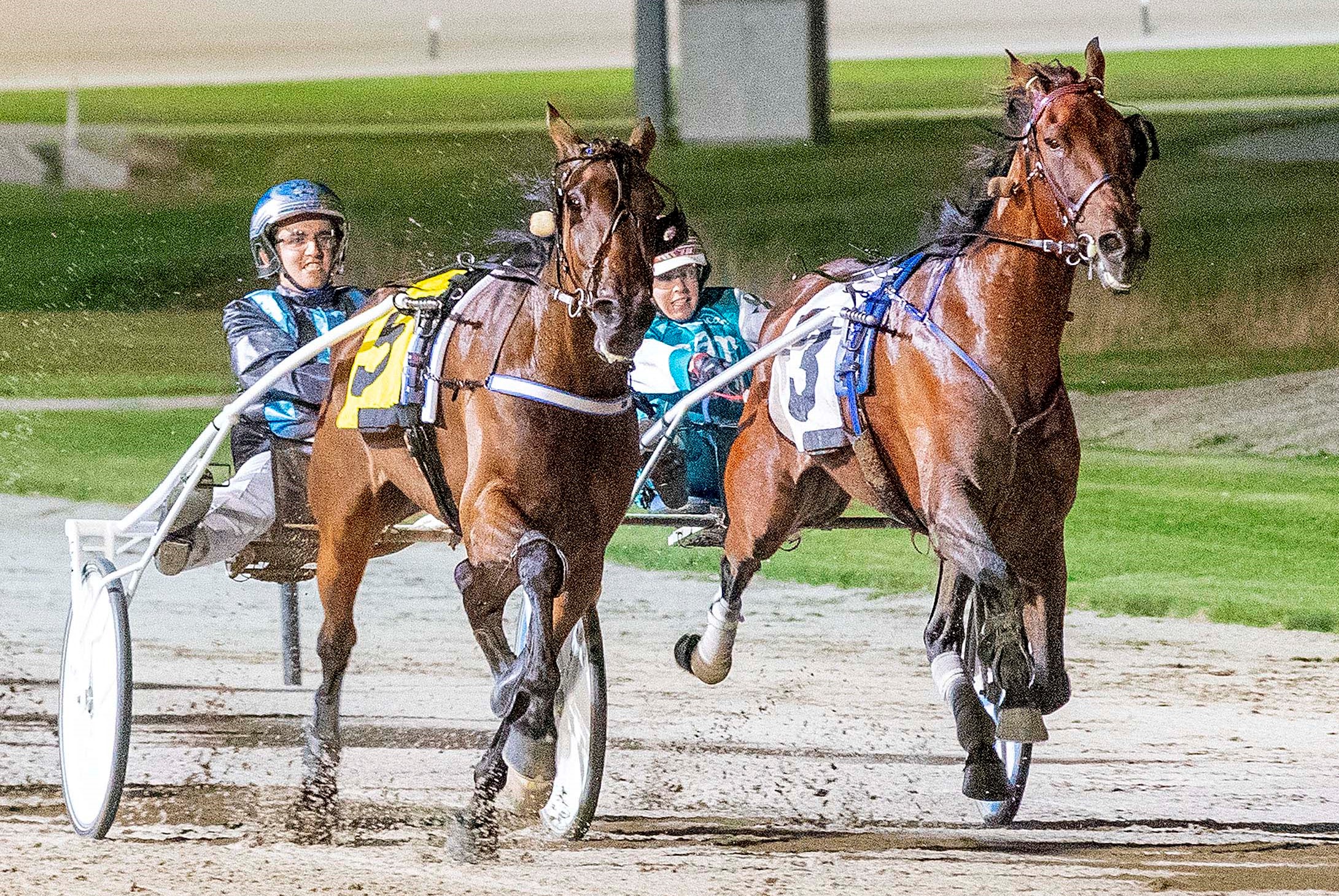 Reinsman Zac Phillips stunned most when he flew the gate and found the lead in the Great Southern Star Final aboard outsider Magicool, and while his daring drive didn’t quite reap Group 1 dividends, he’s plotting more front-running tactics aboard the horse this weekend.

After only being beaten in the shadows of the post by Andy Gath’s star Tornado Valley in that $300,000 event during early February, Phillips is desperate to team up again with the Rob O’Connell-trained squaregaiter in Saturday night’s TAB Australian Trotting Grand Prix.

This time, Magicool gets the advantage over Tornado Valley and a number of his key rivals after coming up with barrier four.

“The way the draw has panned out, you probably couldn’t have scripted it any better. Although I have immense respect for Pink Galahs and Always Ready, you would have to say that our main dangers are probably drawn off the back row and that’s got to help us for sure,” Phillips told Trots Talk this week.

“We’ve been used to giving these horses a start most of the time and having to run them down, where as they are going to have to give us a start this week and run us down.”

Phillips appears full of confidence of a forward showing in this weekend’s $100,000 Group 1, which is part of the Aurora Australis Series.

“His work this week has been as good, if not better than leading up to the Great Southern Star (second in final) and the EB Cochran Trotters Cup (won),” Phillips said.

“We are really happy with where he is at and we couldn’t be more confident going into it, put it that way.”

The first eight horses across the line in the Great Southern Star Final will battle it out in Saturday night’s Australian Trotting Grand Prix, with Tornado Valley installed favourite by the TAB over Magicool, Pink Galahs and New Zealander Majestic Man.

The meeting is set to be a special one at Victorian harness racing headquarters with the WomenCan Team Teal 'Night at the Trots' function sure to bring a big crowd.

Other highlights include the Lyn McPherson Memorial Breed For Speed Gold Series Final, where Alison Alford-trained Sleepee and Gath’s Monaro Maro dominate the market after respective heat wins at Bendigo and Shepparton.

LISTEN TO PHILLIPS SPEAK ON TROTS TALK BELOW

Al Melton on February 9, SHE SAILZ was very impressive in beating a handy field. She led out, took a trail at the 1700m, moved into the death seat with 600m remaining and was very strong at the finish. She was still learning last season and this may be her campaign. REPORT & REPLAY

Also at Melton on February 9, PROSTHESIS settled five back on the markers, came to the outside with 700m remaining and put in a very good performance to fill second position. REPORT & REPLAY