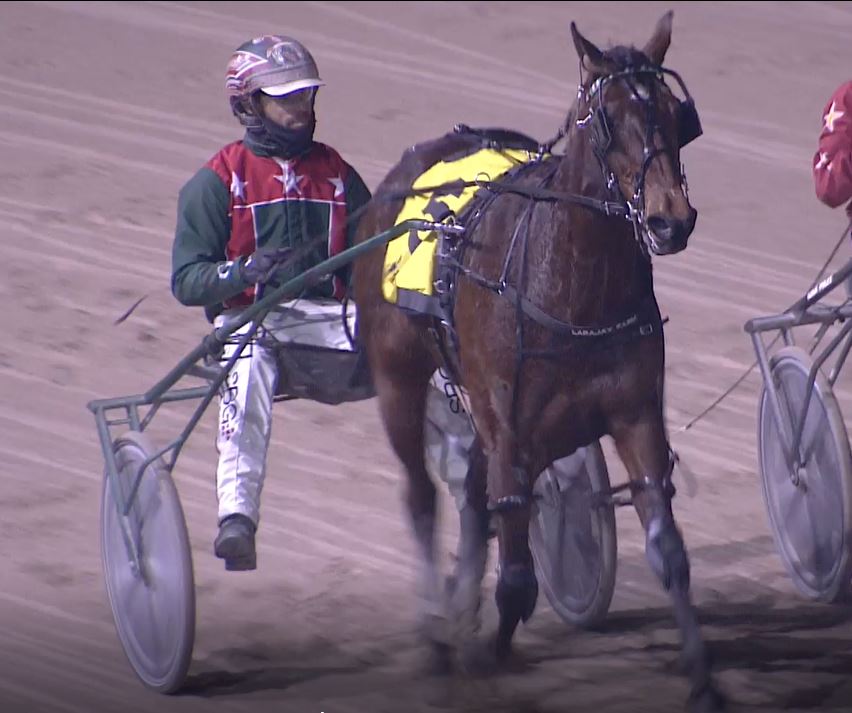 Cash Lover's perfect preparation stretched to a fifth successive victory on Saturday night as she again stamped herself as one of the state's most promising trotters.

Myrniong trainer Jess Tubbs has the daughter of Ready Cash airborne this time in and a dominant front-running success at Shepparton took her record to six wins from 12 career starts.

Tubbs' husband Greg Sugars was at the controls and took the mare straight to the front where she was able to dictate terms over key rival C K Spur, who was forced to race on her outside for the 2190m trip. Cash Lover slipped clear of the field rounding the home turn and cruised in for an easy four-and-a-half metre triumph.

"This prep she has sort of taken all before her and just got better with every run," Sugars said.

"We tried to look after her for her first few runs as she was slowly stepping up in grade and (Saturday night) we had our main danger drawn to our outside, so we thought we better be a bit more positive and see if we could control things out in front.

"We got good sectionals out in front, but she did it quite comfortably so I'm very pleased."

Sugars said there were no imminent major plans with the horse given the current regional racing structure, but hoped the Vicbred Super Series would be able to get up and going late in 2020.

"We will just keep picking out races like this that are suitable and work our way through the grade," he said.

"She is Vicbred, so if it eventuates that we can get that series up off the ground again, that's obviously where she will be aimed at later in the year.".

Bred by Yabby Dam Farms, Cash Lover is owned by Wayne Stewart, who bought the horse as a broodmare prospect and only decided to race her after she showed some ability in early training.

The daughter of Lucky Love won one race during her first preparation and after galloping at her final start before a break in February, has gone on to score impressive wins in all five races this campaign. She has won at Melton, Ballarat (twice), Bendigo and now Shepparton to take her career prizemoney to over $30,000.

It proved a good night at the office for Sugars, who backed up a race later with a superb winning drive aboard Kerryn Manning-trained Rupert Of Lincoln, who soared home from three-back the pegs to claim the Barastock Pace.

The brilliant return of David Moran's superstar Lochinvar Art stole the show on Saturday night, while Wobelee led and got the better of McLovin, and the long-odds win of Denis McIntyre-trained and Michael Bellman-driven Dot The Eye shocked many punters when he returned in excess of $90 in the last race of the evening.