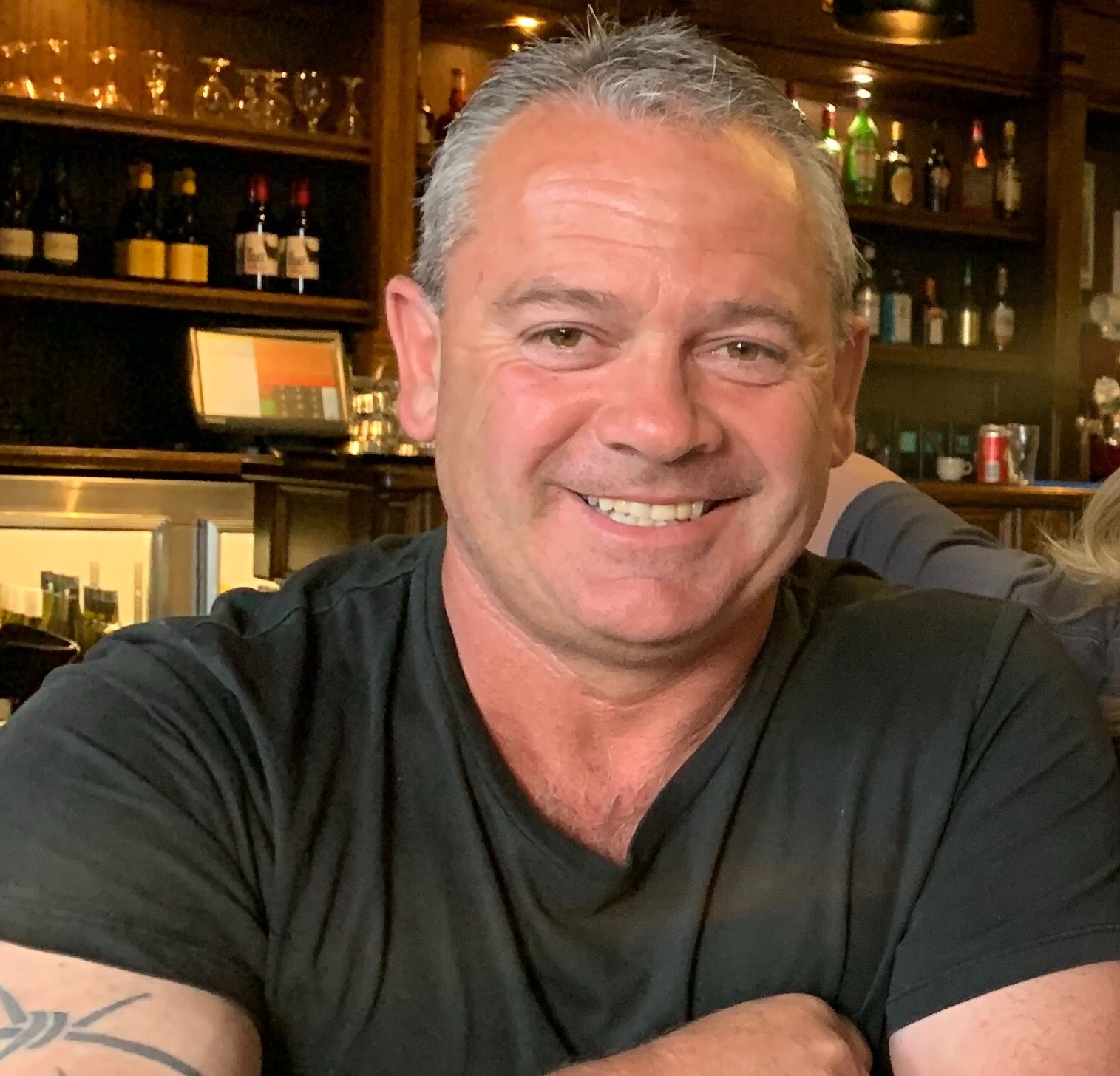 Former participant Rod Weightman reflects on his life in harness racing and the "very poor decision" that changed the course of his career and life.

How did you get involved in harness racing?

I guess it was a natural progression with my father, Alan, having trained since the early '60s.

He had considerable success with a horse called Shamrock Isle, who he won numerous races at the Melbourne Showgrounds with, and many more in later years with cast-offs or bad-legged horses.

Back then we lived right across the road from Bray Raceway and ours was one of the many houses in the area that had stables in the backyard, so there was always a couple of someone else’s cast-offs in the barn that my dad was training, which meant there were boxes to be mucked and waters filled before and after school, so it was inevitable that my brothers and sister would also train in there own right later on.

Why did you get involved in harness racing?

Though I was only a toddler when my dad was campaigning Shamrock Isle I remember being in awe of the atmosphere of racing at the Showgrounds, the huge crowds, and being so close to the thrills and spills was to me like watching the gladiators do battle at the coliseum and I couldn’t wait to be part of the action.

So from quite an early age I had my mind made up that harness racing would play a big part in my life.

You were quite successful during the early 2000s and earnt the reputation ‘King of the Claimers?’ 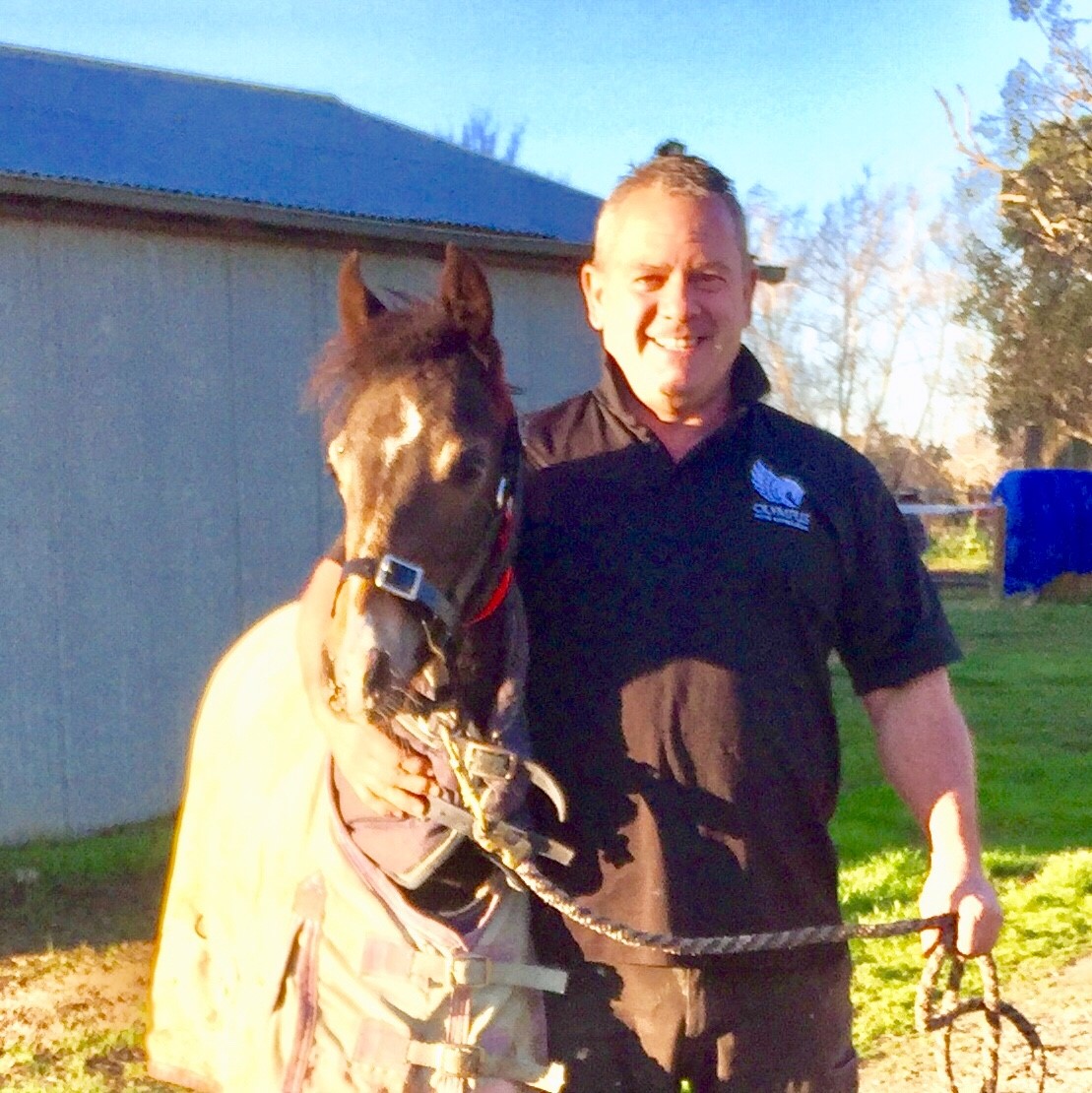 Up until '99 I had always had one or two in work as well as a full-time job. All of them were bought very cheaply, but paid there way some winning four or five races.

I had always rented a stable or yard, but after deciding to give training a go full-time purchased a farm that was on the market and gradually set it up with a new track and swimming pool.

This saved hours every day as I had claimed an old horse called Kotare Craft, who had been a wonderful horse but plagued by bad legs, and we used to travel out to Miners Rest everyday to swim him, which took three to four hours. Having my own pool played a big part in getting horses like Kotare Craft to peak fitness without the strain on there legs.

He actually started my success with claiming horses by taking out the heat and final of the inaugural Battle Of The Claimers series in 1999, which was worth about $20,000, so a great concept and opportunity for the older horses to come to headquarters and race for good prize money.

Where other stables focused on the Breeders Crown or Inter Dominion finals, my Inter Dom series came every September when the Battle Of The Claimers series was run.

I think I won multiple heats and the final of either the Battle Of The Claimers or the Claiming Masters series, which was for the dearer priced claimers for the next four years, so attractive did the series become for my stable. I even had “CLAIMA” personal plates on my truck.

There was a lot of research throughout the year finding the right horses and what, if any, soundness issues they may have had

And I only claimed horses that had been good horses in the past, so you knew they had the ability, it was just a matter of getting their confidence back and keeping them sound. They all proved to be good money spinners and were rewarded with a home for life on retirement, in fact I still have Kotare Craft at home. He gets hand fed twice a day and is still so sprightly I reckon he could lead most of the claimers around today a merry dance out of the machine even though he’s in his 30s.

You were disqualified in 2004 for your involvement in the blue magic investigation. Tell me about that?

Now there’s a name I wish I’d never heard of!

It was rumoured that some trainers in the Mildura area were using a blue substance that gave the horse a bit of an edge and helped recovery after a race and that the guy distributing it was from Ballarat and also did muscle manipulation on horses.

I contacted him and he was soon around and telling me how it helped the horse and that it didn’t show up in a swab or contravene the rules of racing, neither, as it turns out, were in fact correct.

It’s history now that I obtained some of the tubes and had my vet test them to ensure they didn’t in fact swab, which he confirmed at the time, and after using it and winning my swabs came back clear as well.

So, although nobody seemed to know exactly what was in the blue tubes, it didn’t swab, seemed to help some but not others and gave a competitive edge without cheating.

All the facts about blue magic, what it was and who was using it, came to light early one morning on the 28th April 2004 when Victoria police raided several properties, including my residence and stable complex, with HRV stewards in tow not far behind. The quantity of marijuana and ride-on mower that the police had found suddenly seemed to pale in significance to the 60-odd vials of blue magic that Terry pulled poker faced from the kitchen fridge. Little did I know it, but the events of that day would change the course of my life forever.

Why did you get involved in the use of blue magic?

In hindsight, having anything to do with an unmarked substance from an unknown person was never going to end well, even after having the stuff checked over.

The few years prior to hearing about blue magic’s existence I had great success and was getting offered better class of horses as well, I think at the time the stable was on a roll and to maintain the momentum I foolishly used blue magic.

What impact did the disqualification have on you personally?

At the time I was a bit shellshocked I think, it’s not everyday that car loads of police and HRV stewards come banging on your door first thing in the morning.

I had about 20 in work at the time and my licence was suspended on the spot and I couldn’t enter or transfer a horse, so I became disillusioned very quickly. That, combined with all the media coverage and overheads, saw me disband the stable in less than a week, though some owners didn’t need to be asked to find a new trainer. The trucks just turned up and they said 'I’m here to pick up such and such', and I hadn’t even been found guilty or penalised at that stage.

Some of my swabs that had been tested, cleared and frozen were eventually retested and found to contain propantheline bromide or blue magic, as it is commonly known.

I plead guilty to all charges and was disqualified for nine months on each count, which totalled 63 months. At the time it seemed like a lifetime up until a few years later when I was jailed for 10 and a half years for trafficking drugs, with my life having been turned upside down after I was disqualified.

What lessons did you learn as a result of the disqualification?

Certainly it was a lack of judgement and a very poor decision to ever get involved in blue magic.

Who could ever imagine that a life could be turned upside down by using what was purported to be a race day pick me up?

It shows that success doesn’t come overnight and decisions shouldn’t be made lightly when it comes to your career or livelihood.

What messages would you say to anyone who is currently the holder of any licence in harness racing in Victoria?

If you are planning on making harness racing your future then your licence is everything.

Like the saying goes you don’t know what you’ve got until it’s gone, and it’s not a right to hold a licence but a privilege. Anyone who has been involved knows that it’s very hard to walk away from the sport once it’s in your blood. It's unique that your siblings, parents or even grand parents can all compete or be involved in some way shape or form.

with Nathan Rothwell and Natasha Grzesinski