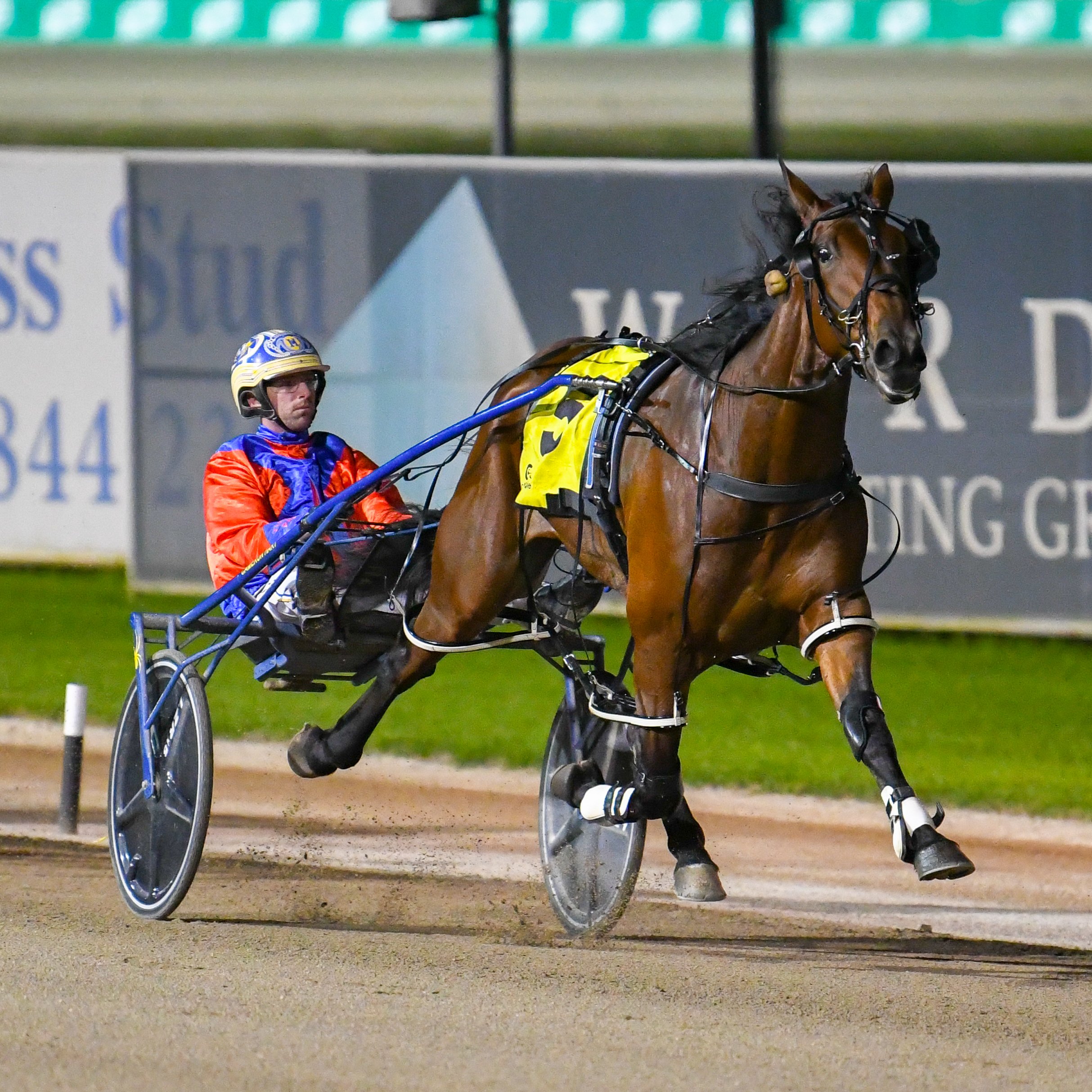 My Ultimate Byron will be looking to do the big two and three-year-old APG double when he starts from the inside gate in race five, while his major danger in Ripp will begin directly alongside him.

Both geldings were convincing heat winners in different fashion, with My Ultimate Byron involved in a frenetic early tempo, while Ripp controlled the pace nicely before tearing home in sharp sectionals for his first look around the circuit.

Iam The Captain and Uncle Miki look the exotic players from their kind draws after both finished off well into the placings of their heat.

The weight of money for Madrid in the three-year-old fillies' final has been substantial and, after opening on the second line of betting behind Steno, she is now an odds-on favourite.

Finishing as runner-up in the New South Wales Oaks and just behind them after working in the Bathurst Gold Bracelet, she has a tough gate to overcome in search of her first feature this term.

Jarrod Alchin was bullish of her chances during In The Gig on Wednesday.

“If any of mine were going to draw bad, I am glad it’s her because she has crossed most of (those) horses inside of her before and I expect her to do the same again,” he said.

Steno was impressive in her own right when saluting in her quicker heat and, with the barrier draw advantage, Jack Callaghan will no doubt be looking to keep her in a prominent position. The early burn to the winning post is set to play a big factor in the result.

While early season two-year-old races are often hard to line up, both divisions of the juvenile Group 1s this weekend are dominated by odds-on favourites.

My Ultimate Snowy has shown promise since his early trials and has subsequently backed that up with three race victories to springboard his career.

Burning out in a 26-opening quarter, and coming home in the same at heat level, his chances were only further enhanced when drawing the three marble, which will turn into the inside gate should the emergencies not be required. 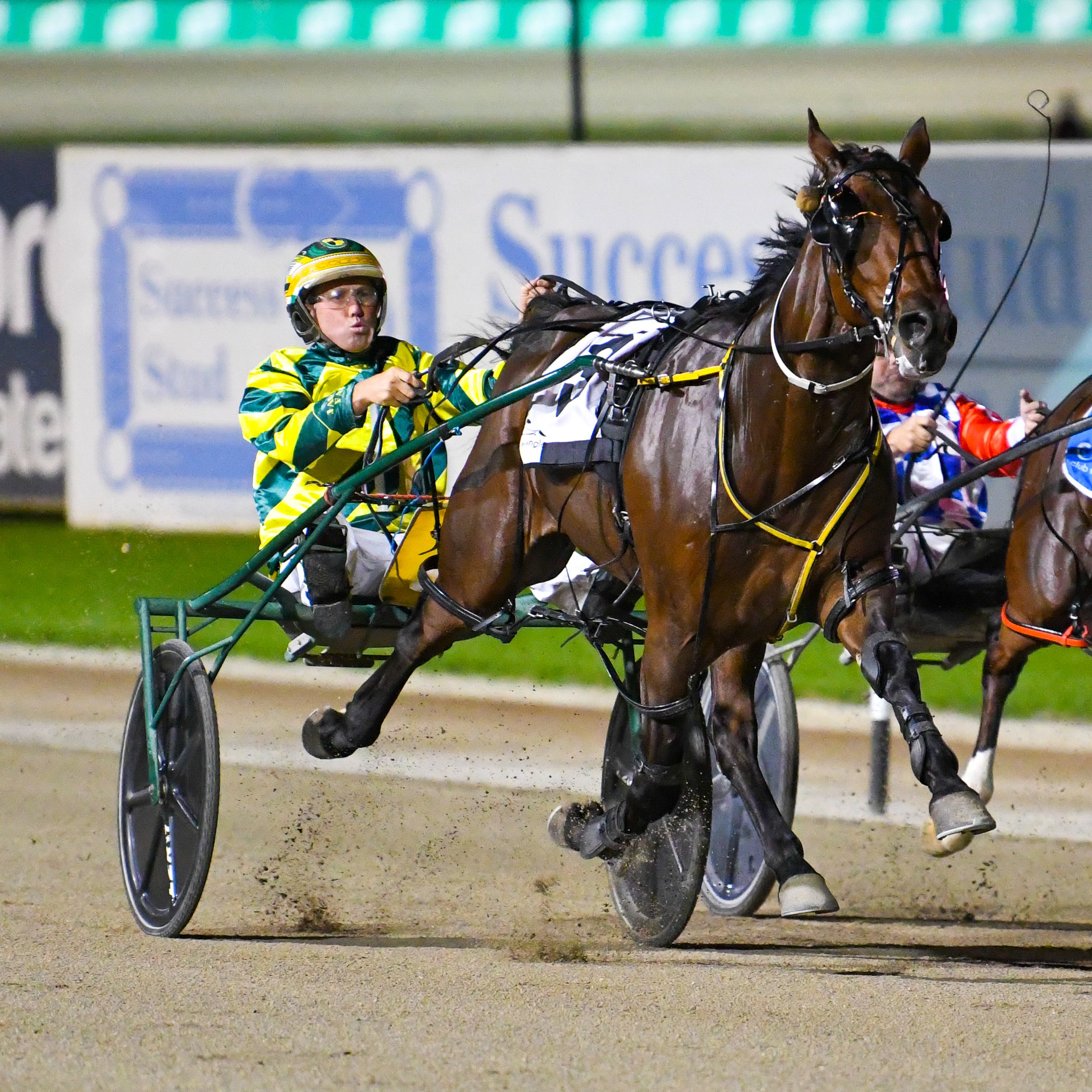 Captain Richie caused the upset on heat night when downing Sweetheart Bart, and they again look the major threats to the hot pot despite drawing wider than him.

If you aren’t willing to take the short quote about the favourite, Happy Reg looks a solid place bet from the likely trailing position after drawing alongside the Jarrod Alchin trainee.

A Bathurst Gold Crown heat winner, he made up good ground from well back behind Captain Richie in a sharp closing 400 metres.

The final feature of the evening will also include the shortest price favourite of the night when Jewel Melody looks to make it an early season Group 1 double up.

The Bathurst Gold Tiara winner appears to be getting better each time she steps out and demolished her rivals in a 1.53 second mile rate to cruise through her heat.

The big striding Bernie Hewitt trainee has drawn perfectly down in five and looks as though she will take no end of catching.

Promiseland is the only other filly at single figures and does have a victory over the favourite when she was able to salute in the Pink Bonnet.

My selections in the features:

I am looking forward to getting back to Menangle on Saturday evening for dedicated Sky Racing Active coverage of the evening with pre and post-race interviews for the entire the card. Tune in from 5.15pm.