Graham: It's hip to be square as trotters rule the world 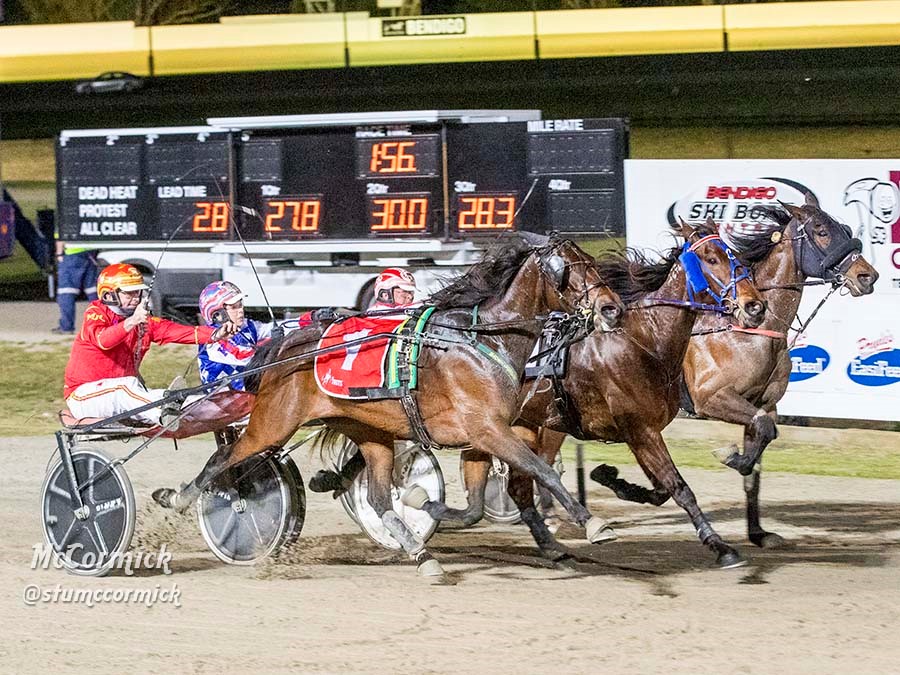 IN the Southern Hemisphere, particularly Australia, the pacing gait in harness racing has long been the dominant force.

With larger crop numbers, more prizemoney and a perceived larger popularity base for participants and punters alike, pacers have held much of the spotlight.

The winds of change are sweeping through, however, and the ‘squaregaiting squad’ is growing.

With LOCHINVAR ART sidelined, pacing’s top dog in Australia KING OF SWING stands tall at the top of his class, but it’s not quite that simple in the trotting ranks.

MAJESTUOSO’s brilliance and sheer speed has him often considered the leader of the pack, however he has been beaten this season by the likes of PINK GALAHS and IM READY JET fairly and squarely proving he is not an unstoppable force.

Throwing further intrigue into the mix is New South Wales warrior TOUGH MONARCH, alongside speech machine mares ALDEBARAN REVANI and FUNKY MONKEY. As you can see, Australian trotting’s top seed could change hands several times in the next 12 months.

Add to that New Zealand’s elite line up of SUNDEES SON, MAJESTIC MAN, BOLT FOR BRILLIANCE and MUSCLE MOUNTAIN to name a few, the trotting ranks in this part of the world are, in my eyes, a more competitive and exciting bunch then their pacing counterparts. And that is coming from a pacing girl at heart!

The trotter is globally recognised and having high quality contests in this gait opens up opportunities for widening the international audience and participation, with the possibility for significant globalisation - just as Duncan McPherson of Aldebaran Park.

A trotting colt sold at this year’s Nutrien Yearling Sales for $170,000 for trotting powerhouse Yabby Dam Farms, the second highest priced yearling sold at auction this year. Earlier this week at the Lexington Yearling Sales in Kentucky, a Walner colt topped the sale at $800,000!

I am looking forward to seeing the Australasian trotting scene continue to flourish and hopefully with that there will be an increase in prizemoney to see the gap close between the two gaits. 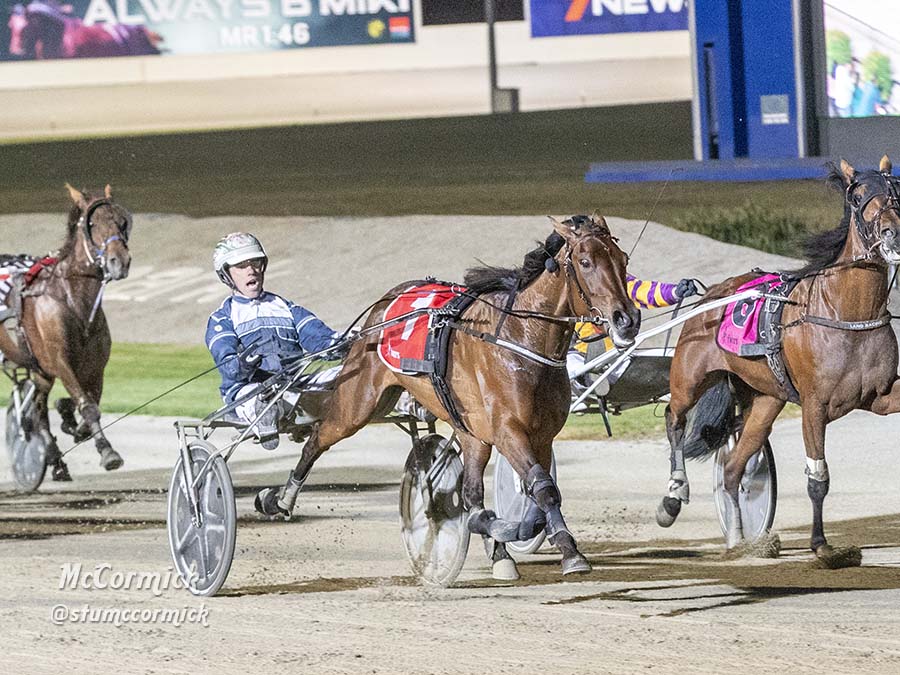 SPEAKING of trotting, it will be the gait of focus this weekend on both sides of the Tasman.

The Group 1 Catanach's Jewlellers Victoria Trotting Oaks tomorrow (Saturday) evening at Ballarat will be the focal point with a strong crop of three-year-old fillies lining up for $60,000.

BANGELZ opened up as the short-priced TAB favourite, however, the popularity has subsequently swayed right in the direction of QUEEN ELIDA since.

Bangelz brilliance was on show during her astonishing Australasian Premier Trotting Sale Final victory back in August, but in this quality line-up she won’t be able to afford to make any mistakes.

Queen Elida on the other hand is the ultimate professional and is coming into this contest off the back of an easy Starlet victory at Cranbourne. 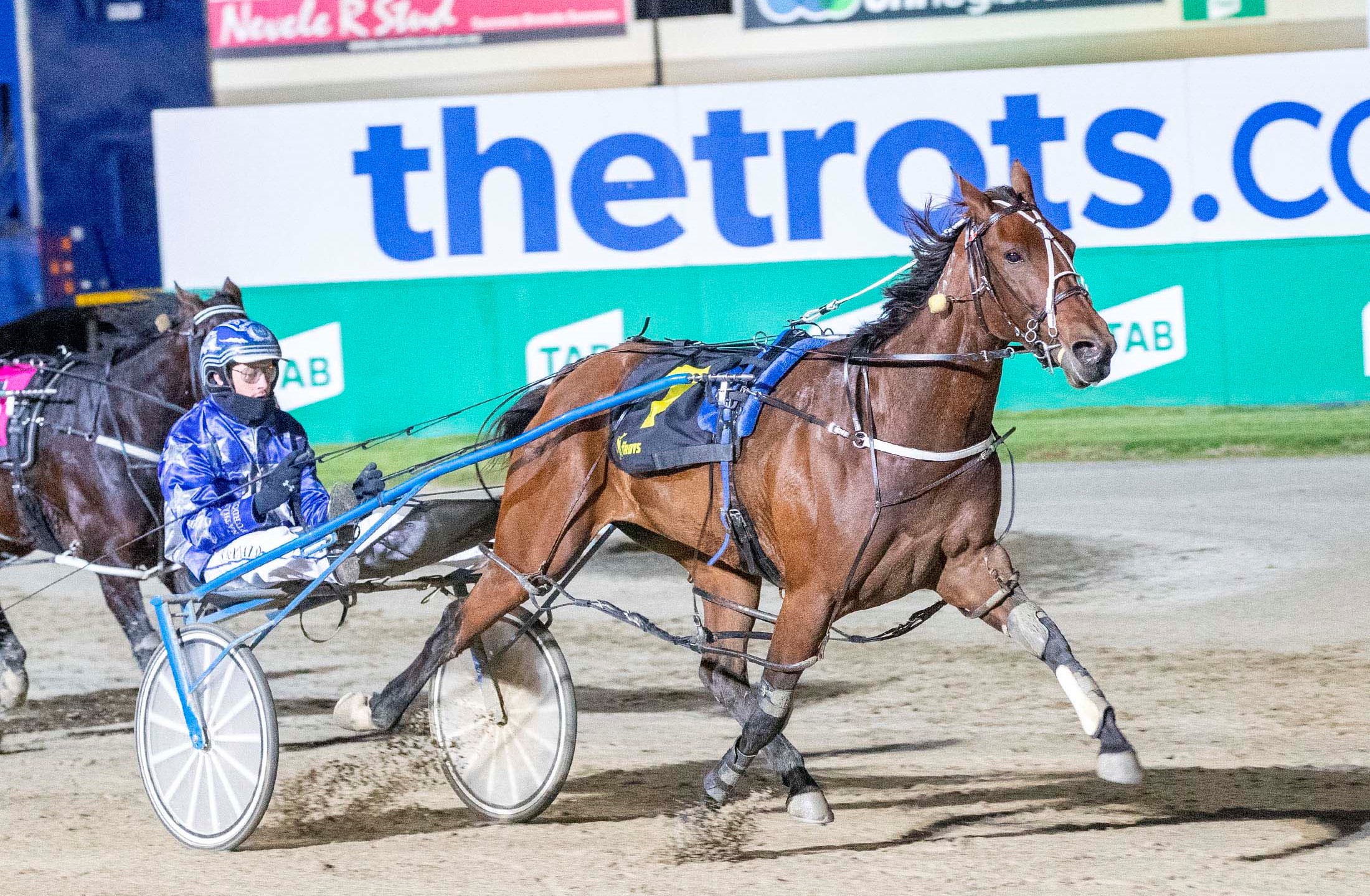 The ladies are to the fore for tomorrow night's Metropolitan card with the open class pacing mares also having their opportunity at Group success in the Group 3 TAB Makes Mine Cullen.

SPELLBOUND fell a head short in the Group 1 Golden Girl at her last start, but she has since returned to her home base with Nathan Purdon and will be looking to successfully kick start this preparation.

Trialling smartly, she has drawn to advantage over her main danger MAAJIDA in what will be the eighth race on another bumper 11-race card at Ballarat.

If you are to only watch one race out of Addington this evening (Friday), make it the Canterbury Park Cup at 6.09pm AEDST.

With the Dominion only four weeks away, the big guns are out to play and will all clash under standing start handicap conditions over 2600 metres.

SUNDEES SON is well and truly on track for a title defence with brilliant back-to-back wins in the last few weeks, whereas MAJESTIC MAN should be far better for his first up midfield performance.

MUSCLE MOUNTAIN and BOLT FOR BRILLIANCE last went toe to toe on Harness Jewels Day with the latter coming out on top, however they have both proven too strong for Sundees Son in the past.

Kaikoura Cup day has now been transferred to Addington on November 1 and you can expect many of New Zealand’s big guns to roll out there as their final lead up to their desired riches.

Graham: The nuts and bolts of NSW's Inter Dominion series

Graham: Crown-hungry princesses set for race of the year