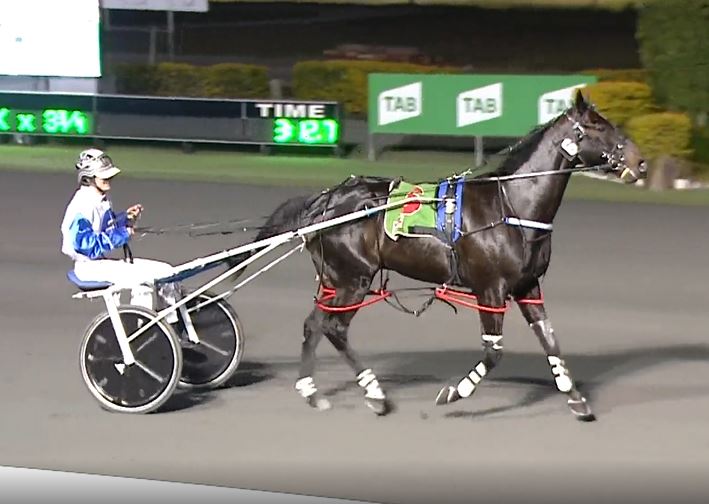 Group 1 racing has arrived in the Sunshine State and Redcliffe will host its biggest night of the year tomorrow.

While the Garrards Redcliffe Yearling Sale Two-Year-Old Final has been run at the elite level for many years, the club’s flagship race has doubled in stakes for 2022.

The Redcliffe Gold Cup is now run for $106,000 and with that elevating it to Group 1 level, the standing start feature has attracted a super line-up, including half the field being interstate raiders.

MACH SHARD has been fantastic in his two local runs under the long trip standing start conditions, with a track record-breaking performance at Albion Park coming off the same 20m handicap that he will have to overcome at Redcliffe.

Priming himself for this week’s assignment, as well as becoming familiar with the triangular circuit, the seven-year-old beat the current track record by half a second in a trial last Wednesday when scooting around in very easy fashion.

Handicaps in the Redcliffe Cup have proven to be a significant hurdle in the race’s recent history, with only two winners in the last 15 years coming off a handicap. They were JACK IN FLIGHT (10m) in 2012 and I AM SAM (10m) in 2008.

Even the great FLASHING RED couldn’t overcome his 20m impost in 2007, which was only three months before he won his second New Zealand Cup.

The standing start nature of the Redcliffe Cup also creates immense interest, with many horses being very lightly tried from behind the tapes and 10 runners off a congested first line.

SEBS CHOICE (pictured), who also equalled the official track record with his win last week, was opened as the $3.30 TAB favourite and has been even further supported into $2.90. MACH SHARD hasn’t been without fans, however, and after opening at $4 is now the $3.30 second elect.

TURN IT UP has hit a real purple patch of form of late - not missing the top three this season - and most recently blew the clock apart in a narrow defeat behind Mach Shard in The Flashing Red.

With two starts at the track, he has won one and placed in the other, while his standing start and staying distance statistics are exemplary.

If you are looking towards one outside of the big three in betting, MAKE MINE MEMPHIS is my smoky in the race.

Running solid races in his two standing start attempts to date, his close fourth behind JILLIBY KUNG FU last week was excellent when clocking 52.8sec for his own closing 800m.

If safely away, he should land in a striking position. 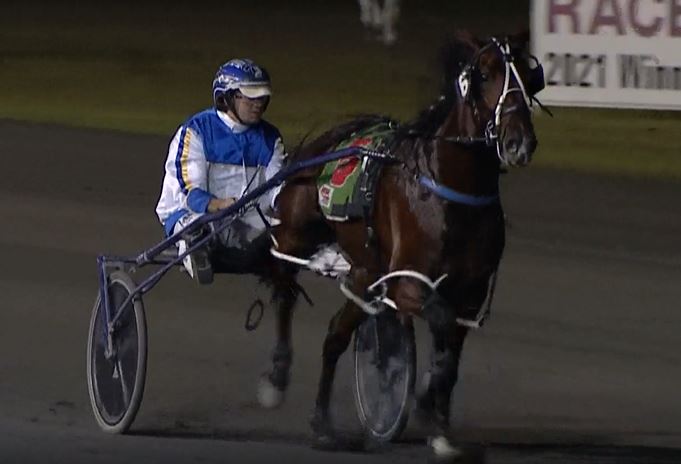 The barrier draw has made this year's Garrards Redcliffe Yearling Sales Final a most intriguing contest, with the two favourites at opposite ends of the track, but also on opposite lines.

Both TARDELLI (pictured) and HOLD ONTO YA BLING clocked a 1:58.7min mile rates in their heat victories when seemingly winning with plenty in reserve.

The advantage is clearly in the local’s favour, with the son of Bling It On drawing wide on the front row whereas the proven Group 1 Sydneysider has been cruelled by an inside second row snooker.

ODINS BLACK CROWS and FOR REAL LIFE were the best of the chasers in the heats, but didn’t have their chances done any favours with second row draws in eight and nine respectively.

Other highlights on tomorrow night's Redcliffe card include the second appearance of AMORE VITA in Queensland.

She will start an incredibly short-priced favourite in the Redcliffe Oaks from the inside gate.

The Derby also looks a brilliant contest with the likes of RIPP, TEDDY DISCO and DANGERZONE amongst several talented types tackling the 2280m trip.

If you can’t make it along to the Peninsula for Redcliffe Cup night, tune into Sky Racing Active with Ryan Phelan and Damian Courtney for extended coverage and insight.