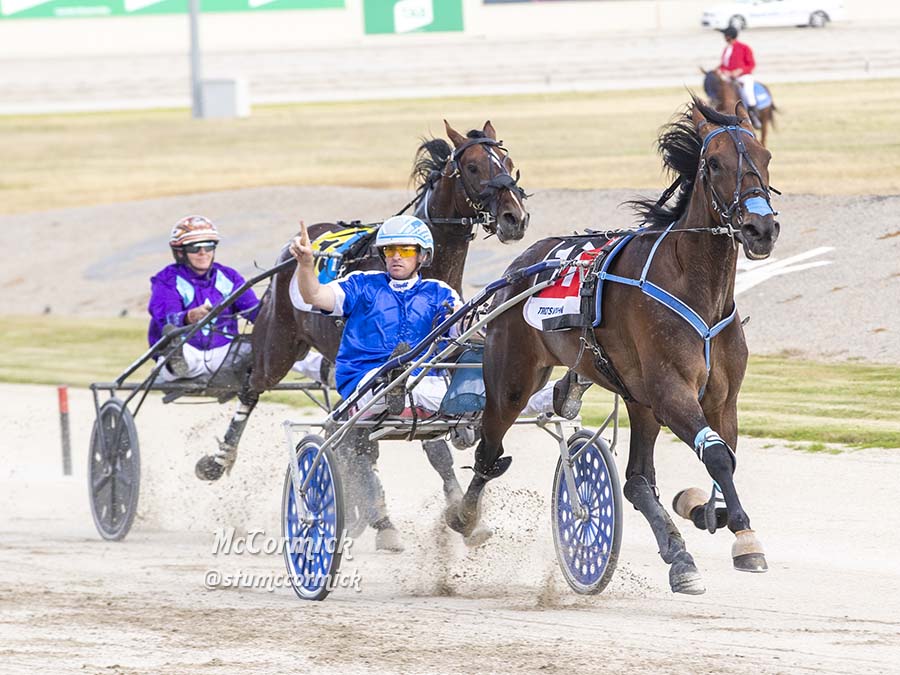 Group 1 winner Rules Dont Apply is back at the races for the first time since February at Tabcorp Park Melton on Saturday night.

While many of the state’s leading trotters are being aimed at the Inter Dominion Championships in Victoria through November and December, Crossland is looking to take a different pathway with Rules Dont Apply.

Crossland said it was highly unlikely his stable star would contest the series.

He has a concern with the format of three rounds of heats leading into the final, with his priority being to ensure the longevity of Rules Dont Apply’s racing career by easing through a preparation.

“I’m not keen on racing him four times in two weeks,” Crossland said.

Crossland said he was happy to select single targets.

He said the Group 1 Australasian Trotters Championship at Melton on September 10 was a likely early major race for the horse before working towards having another tilt at the Great Southern Star and Australian Trotting Grand Prix in the new year.

Rules Dont Apply contested the Great Southern Star - winning a heat – and the Grand Prix this season after taking out the Group 1 Vicbred Super Series final for four-year-old trotting entires and geldings. The Grand Prix was his latest race start.

Crossland said while these were possibilities, Rules Dont Apply would ultimately tell him what direction to take.

He said race programming had worked nicely in his favour, allowing the son of Muscle Hill to be eased back in an NR70-100 rated event rather than an NR80-120 free-for-all next week.

“I wasn’t sure whether to bring him back this week or next,” he said.

“This class of race isn’t available that often. He trialed well on Monday night to show he’s forward enough, so I decided to start him this week.”

Crossland said Rules Dont Apply had been in work for three months.

“We’re really happy with him,” he said.

“I’m looking forward to getting this run under his belt and then moving on.

“I don’t want to be looking too far ahead. It’ll be one race at a time.”

He raced only six times last season for three wins, with his whole campaign focused on peaking in the Vicbred Super Series.

He not only won that title, but went on to be named the Victorian four-year-old trotting entire/gelding of the year.

TUNE IN at MELTON on Saturday

WAINUI CREEK, by Bettors Delight out of Christian Creek, a winner at Menangle on July 30.

Breeders Crown champion ALDEBARAN ZEUS hasn’t raced since finishing second in the Super Series Final in December. At Kilmore on July 20, he worked to the front on the first turn and jogged to the line to win by a comfortable margin. REPORT

At Maryborough on July 24, YORKSHIRE was able to lead throughout and record fast time while scoring in effortless fashion. THE MISSING SOCK settled down last of the three runners and when he came to the outside, YORKSHIRE was already nicely clear. REPORT