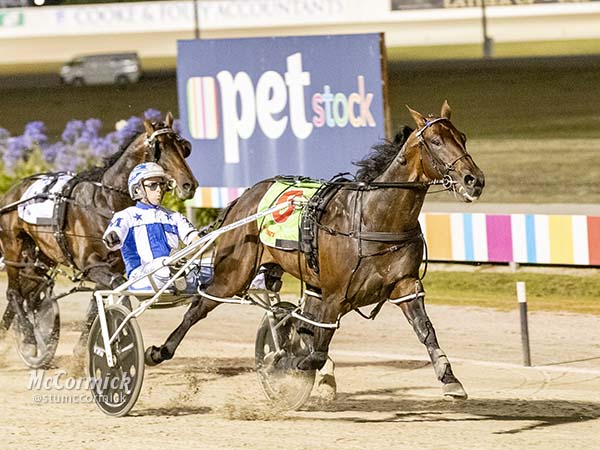 Lochinvar Art proved life’s a breeze at the top of the trots with a commanding victory in the PETstock Ballarat Pacing Cup, pouring home in a 53.1-second last half to claim the $110,000 Group 1.

Trainer/driver David Moran was content to go the long way round with his million-dollar pacer, sitting outside leader Out To Play for much of the 2710-metre distance race and, when it came time to burn, he proved in a class of his own as he notched a seventh win in eight outings.

“They don’t come around very often and thank God I’ve got him,” Moran said. “He’s got everything. He’s so fast that it’s just not funny.”

Moran said the win was the perfect tune-up for the Shepparton superstar ahead of the February 6 Del-Re National A G Hunter Cup, when he will lock horns with the likes of Sydney raider King Of Swing.

“He does always back up week-to-week a lot better,” Moran said. “I’m sure two 2700-metre races will tighten him up.” 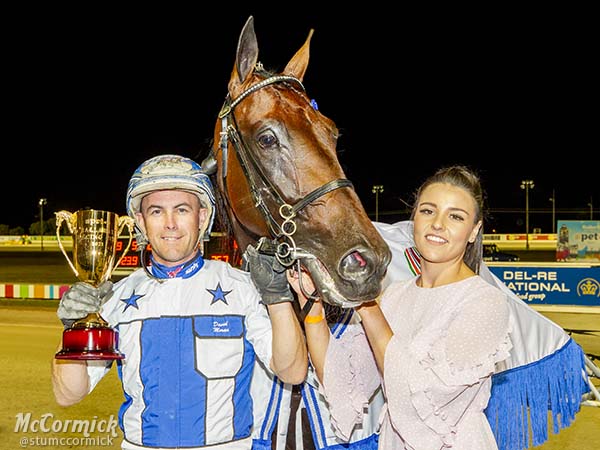 The fact that Moran didn’t bully the field, as was perhaps expected, has only reaffirmed the versatility of the five-year-old, who reminded of his extraordinary speed in the closing stages.

Kate Gath nabbed the lead with Out To Play, winning an early speed battle with Sicario to find the front and then Lochinvar Art lobbed to the leader’s outside soon after.

Moran was content to bide his time, following an 84-second lead time with moderate first (31.3-second) and second (29.8) quarters, before pressing in a 26.-7-second third quarter.

Out To Play battled gamely, but Lochinvar Art had another gear to give, getting home in 26.4 seconds to win by seven metres, with Wolf Stride running on well to finish third ahead of Somewhere Secret.