Bondi out to make a splash in Italian Cup 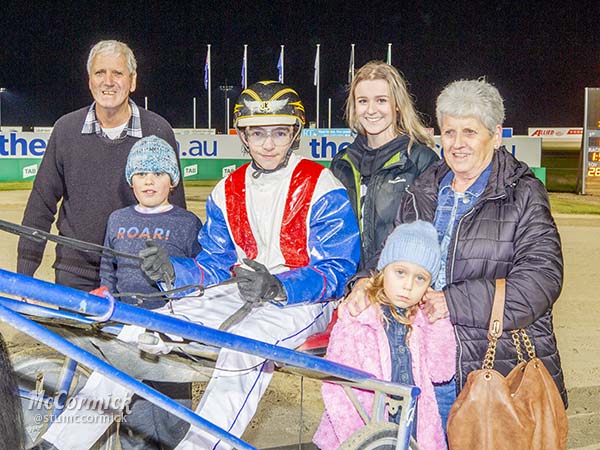 The Boy From Bondi campaign has been like watching one of the gifted players in your local football competition change clubs and then go on to scale new heights.

He hits the ground running and lives up to the promise with some great early matches, has a little bit of a lull, then comes back bigger and better and establishes himself as one of the stars.

After joining Wayne Potter's stable from that of Ian Montgomery – where he had close to 40 starts - Boy From Bondi landed four successive wins through January and February, then went through a patch of five runs without a win before really taking his game to a new level. With three metropolitan triumphs at his last four Melton visits, Potter is now throwing the son of Somebeachsomewhere in the deep end against some fast class guns.

The seven-year-old has drawn barrier four for Saturday night's TAB Italian Cup, a race with a rich history and one won by some greats of harness racing. His back row rivals are daunting, with Code Bailey (Margaret Lee), Malcolms Rhythm (David Aiken), Shadow Sax (Matthew Craven), Bettor Be The Bomb (Basil Dooley) and Max Delight (David Aiken) all lining up in the $24,000 feature.

"He steps up against certainly a lot better horses than he has been racing, and I suppose he’s drawn to be in front of all the main dangers I would have thought,” Potter told Trots Talk.

"I think he’ll measure up because he can follow speed, like he showed when they went 1:51.9min (when winning at Melton on May 22). He just followed them and he can still finish off.

“I’m not sure how much work he could do and still finish off against the likes of Max Delight, Malcolms Rhythm and those bit better ones, but if he can lob up somewhere close, it’s run genuine and he can have the last crack at them or be in front maybe, I think he’ll go alright.”

The 18-year-old Jordan Leedham won last weekend behind Boy From Bondi to make it four victories from four drives with the horse, but passes the reins to Josh Duggan this weekend.

LISTEN TO POTTER SPEAK ON THIS WEEK'S EDITION OF TROTS TALK BELOW: