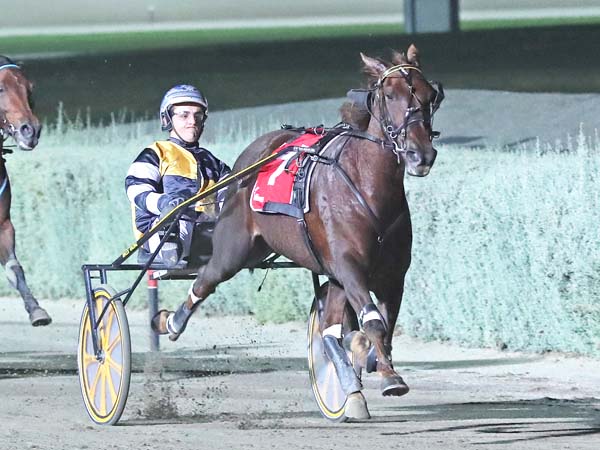 Start 100 will be the last for Red Hot Tooth, with connections making the decision to retire the four-time Group 1-winning mare following her down-the-track finish at Maryborough on Sunday.

A future in the breeding barn is on the cards for the daughter of Yankee Paco, who won 25 races and more than $500,000 in prizemoney during a glittering career that spanned 2015-2021.

Zac Phillips drove the mare in all four of those races and was there in the sulky on Sunday for her final racetrack appearance.

“We’ve decided to hang up the boots on this little champ,” he wrote.

“(She) took Kari and our family on (an) amazing ride. Thanks to Graham and Denise Bullock for sending her down…”

Graham Bullock trained Red Hot Tooth for her first three starts in 2015 before she was sent to the Males family, for whom she raced 97 times.

LISTEN TO KARI MALES ON SEN TRACK'S TROTS LIFE BELOW: