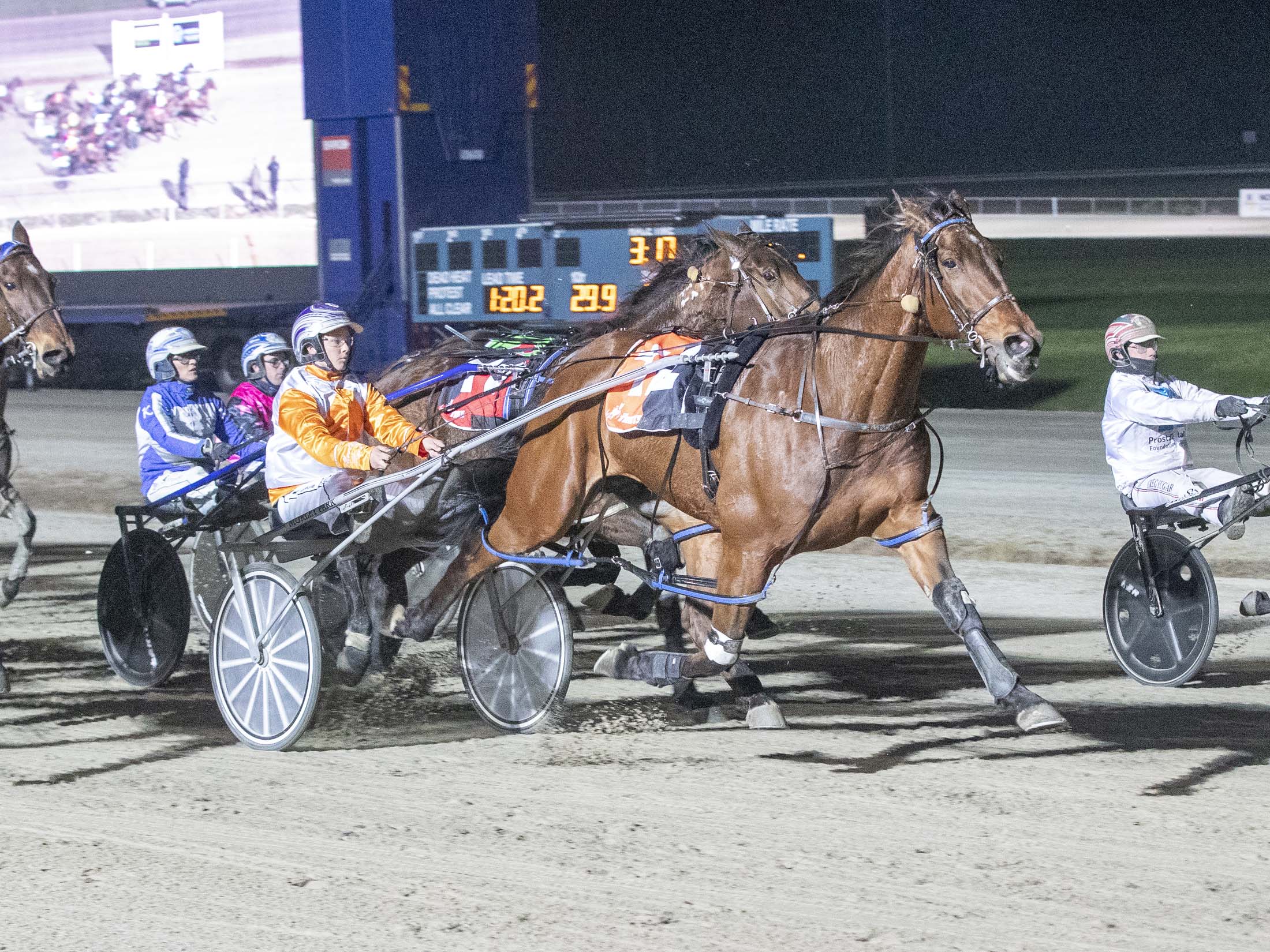 The New Zealand Trotting Cup favourites look right on track for our biggest harness race but their main Australian danger has been set an unusual challenge.

Favourite Spankem and defending champion Thefixer are both exactly where they need to be fitness wise after dominating the Cup trial at Addington last night, Spankem grabbing Thefixer on the line in the 2600m standing start.

Spankem was the more impressive, coming from well back in 27.2 for his last 400m but Thefixer was asked to do more work, working to the lead in the middle stages and has clearly improved in the last few weeks after a delayed start to the spring.

Their Cup trial wasn’t the only good news backers of the pair had yesterday as they drew ideally at barriers six (Spankem) and seven for next Tuesday’s $750,000 great race at Addington.

Both have good standing start manners and if they show them again they look perfectly placed to settle handy, with the almost certainly desired scenario for their camp being them lead and trailing. If they do it is hard to see one of them not winning.

The two horses most likely to park either of the All Stars favourites out would be Kaikoura Cup winner Classie Brigade (barrier eight) and Aussie visitor San Carlo, who has drawn the ace.

But the hard-charging Victorian veteran is in the almost unheard of situation of the NZ Cup being his first ever standing start race and he has only ever had one standing start trial, and that was against just two opponents a month ago.

That is hardly ideal in any race, let alone the New Zealand Cup, which has seen some dreadful standing starts in recent years, but driver Bec Bartley doesn’t seem concerned.

“He is a really relaxed horse, I think he will be fine,” says 28-year-old Bartley.

“It is hard to get standing start trials here (Victoria) since we don’t have races for the pacers any more but I am not too worried about it.”

Also facing a tricky draw is Sundees Son (one on the second line) in Tuesday’s $100,000 NZ Trot Free-For-All and he didn’t instil punters with confidence by galloping at yesterday’s trials.