Road trip to Mildura 'ends in a party' for Brad Stevens 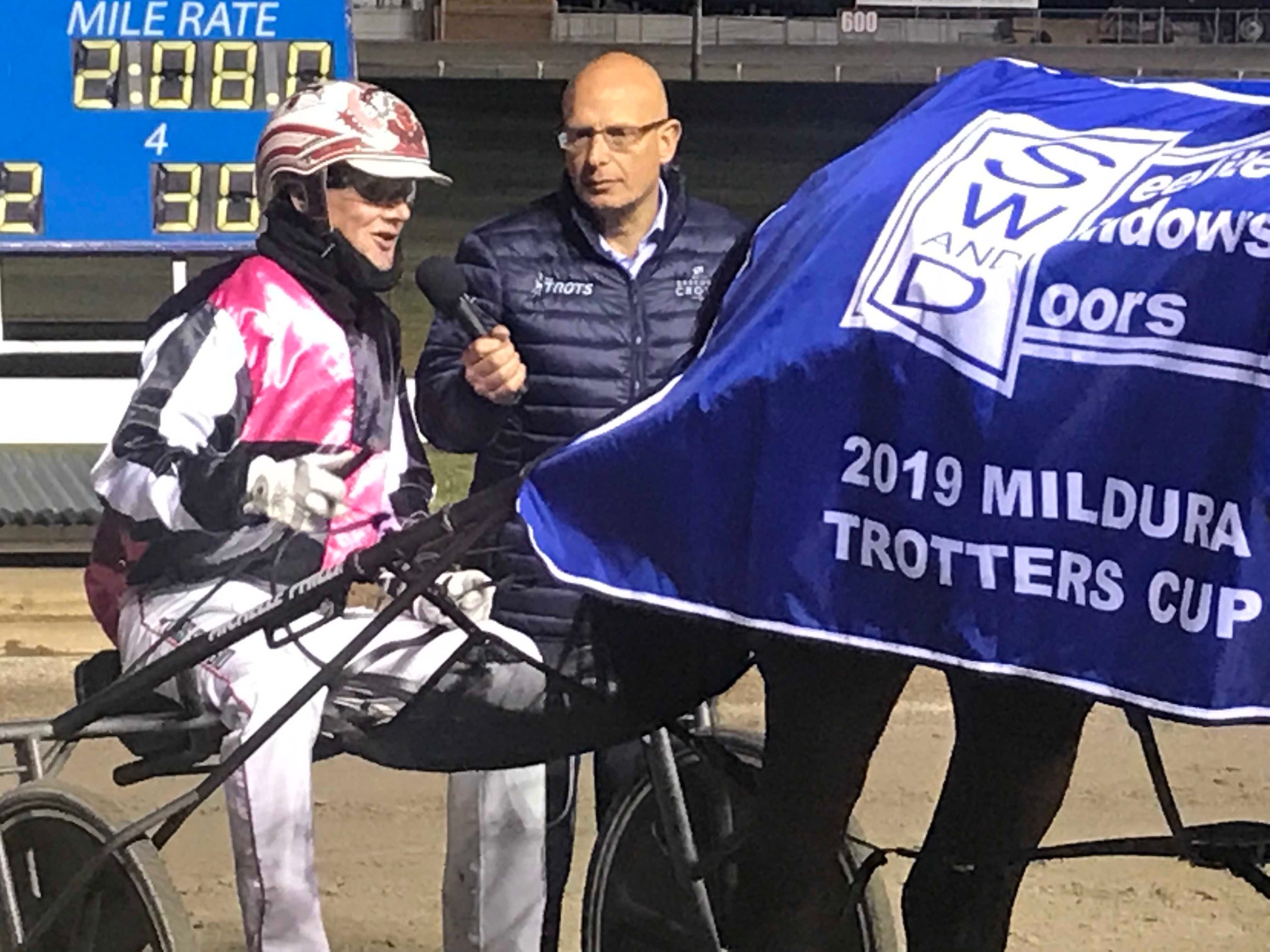 Bendigo trainer Brad Stevens said the trip home from Mildura will "end in a party" after his five-year-old trotter scored a narrow win in last night's Seelite Windows and Doors Mildura Trotters Cup.

Driven by Chris Svanosio, who scored a winning double on night two of the Mildura Cup carnival, Endsin A Party trotted professionally throughout while the long odds-on favourite Claudys Prince fell victim to the track's first turn and went off stride early, costing himself a winning chance in the 2600-metre, $14,500 feature.

Belts loomed large and looked the winner for a stride in the Mildura straight before Endsin A Party reeled him in, and Fratellino held on for third after setting the tempo in the run.

Endsin A Party is by Pegasus Spur out of Lets Bet Happy and was bred by Yabby Dam Farms.

Matthew Gath originally trained the half-brother to Menewa and Val Gardena before Stevens purchased the trotter. 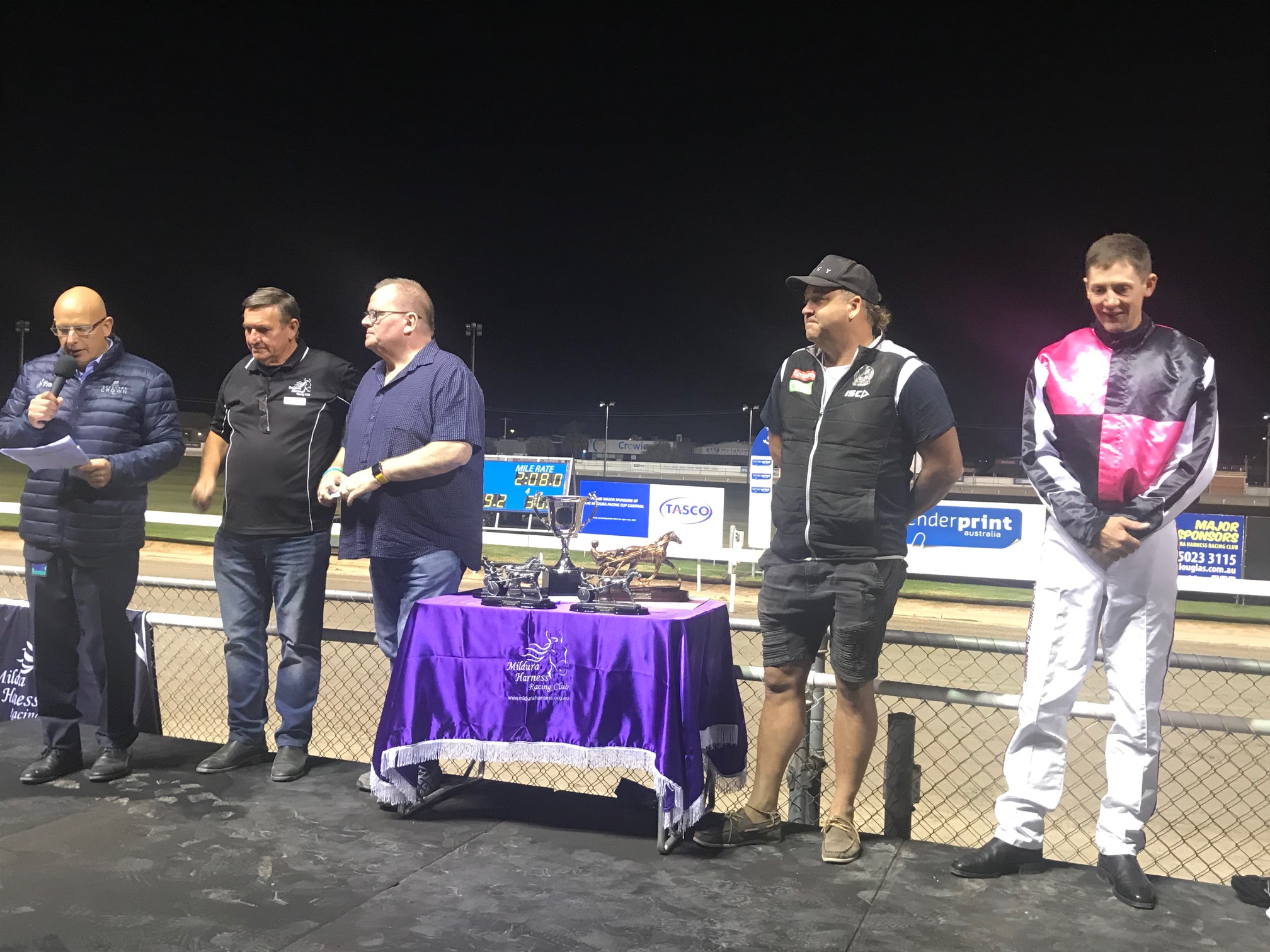 Click the link below to hear Stevens' reaction chatting to Trots Media's Cody Winnell in Mildura after the Trotters Cup.

Meanwhile, it was a great night for Shaun McNaulty and Michelle Phillips who, in addition to finishing third in the Trotters Cup, also picked up a winning double courtesy of Gobsmacked in the Mildura Working Man's Club 3YO Pace and Its All Business in the Sunraysia Daily 3YO.

The third and final night of the annual carnival will be contested tomorrow night with the Tasco Petroleum Mildura Pacing Cup the feature event.