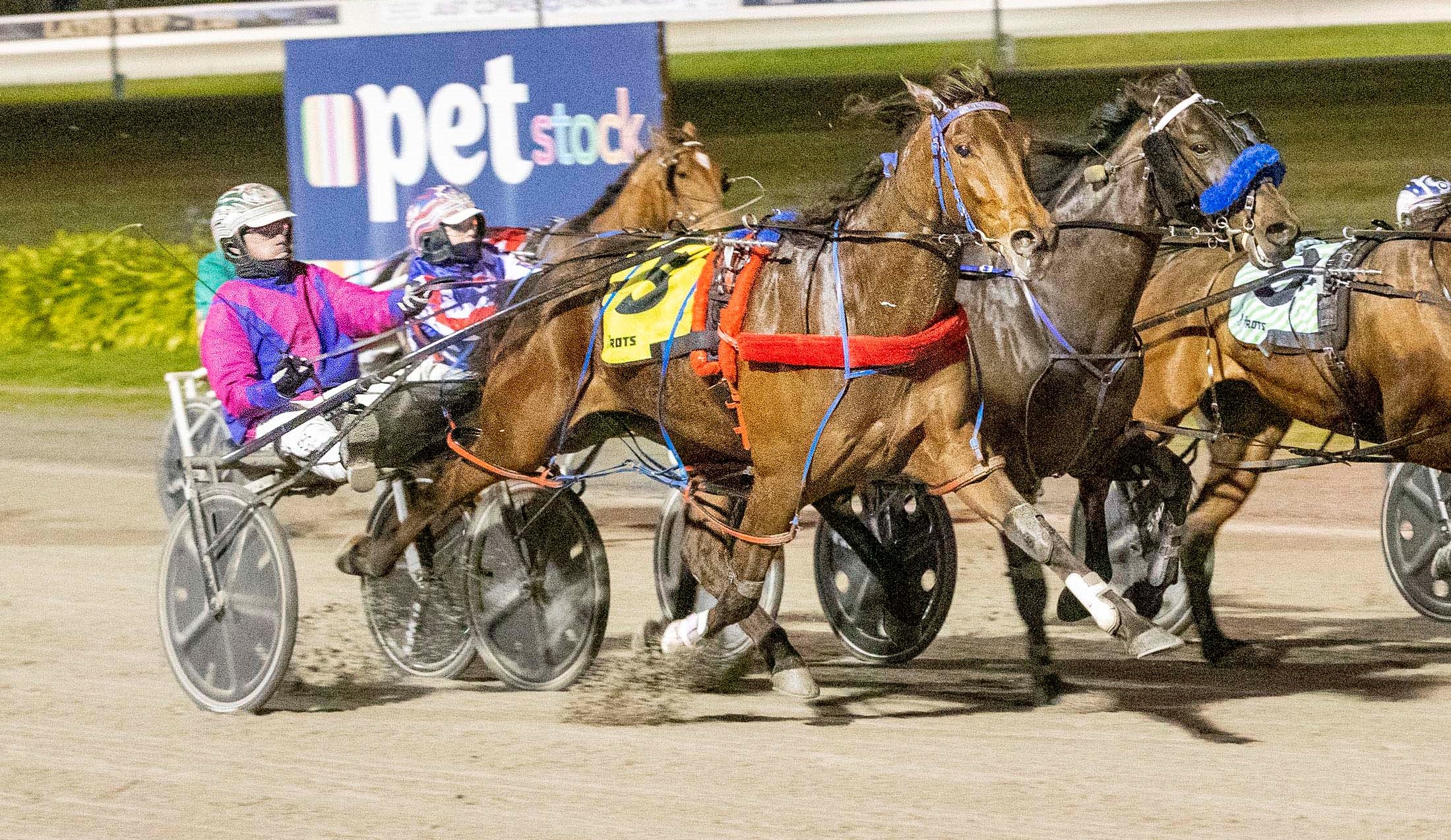 Scott Ewen's "freak" put together "probably the run of his life" to earn a place in the Jet Roofing Kilmore Pacing Cup field and the Cranbourne trainer/driver is plotting more long-odds success with Bulletproof Boy this Friday night.

The six-year-old was met with some late support before running down the more-fancied trio of Mach Dan, Tango Tara and Major Roll to win Saturday night's TAB Gammalite Free For All at $21.90, with the result securing him a berth in the time-honoured Group 2 feature.

Ewen told Trots Talk that he'd overcome some performance-hindering issues with the horse, with a wind sucking pad - applied before his eye-catching third placing at Bendigo on September 11 – the most recent gear addition that appears to have worked wonders.

The Cranbourne horseman, who missed the winning drive behind Bulletproof Boy last weekend due to suspension, will be back in the sulky this Friday night and thinks the son of Art Official is capable of causing a knockout blow at 150-1.

"I'm biased because I love the horse, but he's just a freak," Ewen said of his 102-start veteran.

"He freaks me out all the time what he can do. I think when he was a bit hot and cold last time in, I think it's because he might have been still getting a bit of wind.

"His last two runs have been sensational. He's quick, but I've never seen him be able to reel off that last half and quarter coming around them like he did last week.

"I just think the pads have helped him dramatically, and I think if there's a bit of action and he gets a track into it (at Kilmore), I can't see why he can't be a rough hope."

He’s drawn the outside of the back row for the Kilmore Pacing Cup, which headlines a quality 10-race meeting this Friday night.

LISTEN TO EWEN SPEAK WITH TIM O'CONNOR AND NIMS AZOOR BELOW: