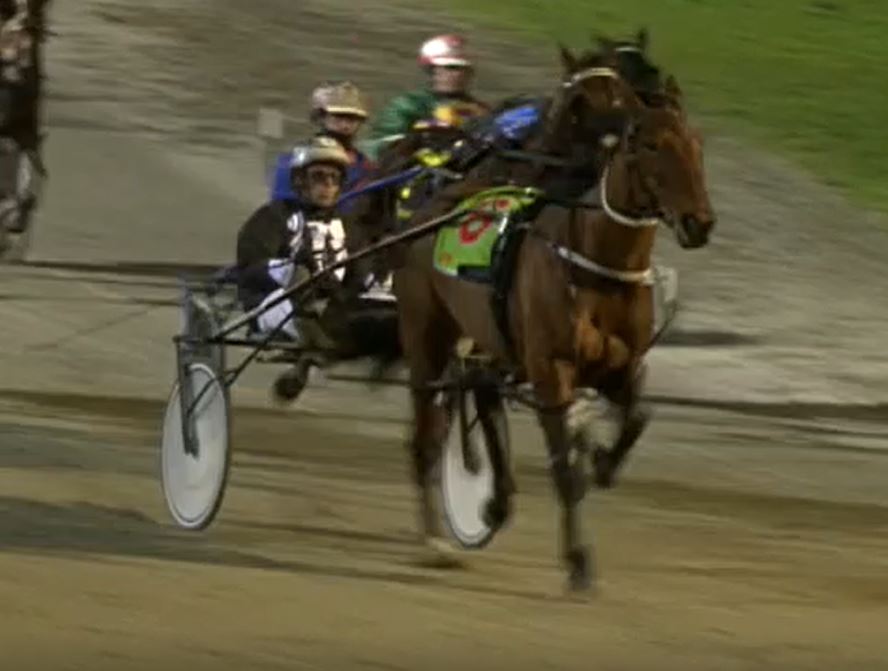 There’s a real swagger in the step of Sunbury trainer Freddy Taiba regarding the chances of his striking stallion Zoliver returning a winner this evening.

The four-year-old horse has not been seen at the races since a fourth placing at Tabcorp Park Melton in early May, but his master is confident of a first-up success in the Nevele R Stud Pace (1720m).

"He’s first up but the short trip will suit him and he’s got a good barrier. We’ve got a young up-and-coming driver on him (Kyal Costello) so he’s learning as well, but I’m quite bullish about his chances actually," Taiba said.

"He’s been working pretty well at home against pretty good class horses and running time. He’ll be pretty spot on. Naturally he’ll improve, but I’m expecting a real forward race from him."

Taiba said there hadn't been any issues with Zoliver during his time on the sidelines and expected him to roll to the front from his barrier two draw.

"You've got to take advantage of the barrier so that would be most likely," he said.

The horse is named after the children of Taiba's brother Hass, with Zoe and Oliver combined to make Zoliver. And while he has already won five races - most recently the listed J & A Mazzetti Eastern Challenge at Kilmore - Taiba is expecting plenty more from the bay son of Mach Three.

"He's a smart animal and he's just taking a little bit of time, but he's definitely right up there with some of the better ones I've had," he said.

"He's only a lightly raced four-year-old stallion so he's got a big future ahead. The penny is starting to drop with him now, he's just starting to learn what it's all about.

"He was competitive against the likes of Lochinvar Art, Demon Delight, Malcolms Rhythm and all that, so he will definitely come back better and stronger this prep."

While Taiba says Zoliver is the best chance of his five runners on Friday night's Melton card, he also likes stablemate Our Road To Mecca in the TAB Long May We Play Pace (2240m).

"I'm extremely confident she'll bounce back this week," he said.

(Geelong, March 20): Trailed the leader VALLEY OF TERROR throughout and came to the outside when turning for home. He finished on strongly to win comfortably on the line. REPORT

Was fifth on the markers early, rolled through to be third on the markers before moving to the outside at the quarter pole. She switched onto the back of MIRAKURU in the home straight and went to the line with something in reserve. REPORT & REPLAY