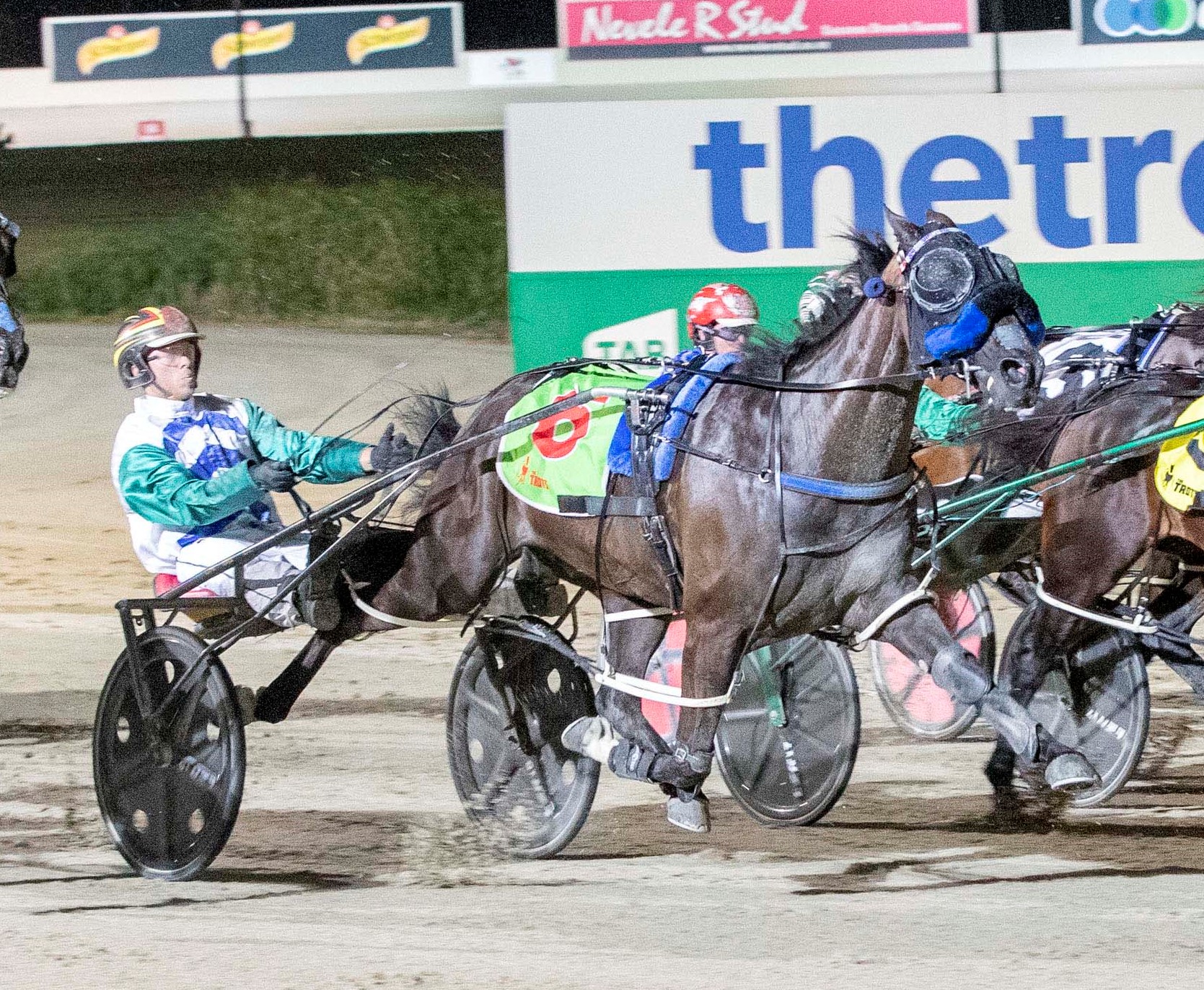 Even though it was about nine months ago, it’s hard to forget the form Better Be The Bomb was in when he won a brutally-run Allied Express Casey Classic back in January.

That triumph paved the way for a start in the Del-Re National AG Hunter Cup, and although he was beaten more than 20m by superstar Lochinvar Art, it was the performance of a horse right at the top of his game.

While the recent form guide might tell a different story, trainer Basil Dooley says he has the horse going just as well now as he did back then, but is just screaming out for some luck with the barrier draws.

Unfortunately, it hasn’t happened for him this Saturday night, with the son of Bettors Delight landing gate six for the Flying Brick Cider Co. Geelong Pacing Cup (2570m).

Dooley has booked Kerryn Manning for her first drive of the seven-year-old, who had excuses following his seventh placing in the Garrards Popular Alm Free For All on Victoria Cup night.

“In the wash-up of the run, his back leg was lacerated and he pulled up lame from the run,” Dooley said.

“I was bewildered. I thought I had the horse in really, really good order going into that race and he came back and he was puffing and blowing, which is extremely unusual for him.”

Better Be The Bomb has found the front in two starts this campaign, which has resulted in a second placing at Tabcorp Park Melton on July 21 and victory at Kilmore on August 21.

Dooley said it was the plan to go back from the start on Saturday night and hope for speed up front, which would allow the gelding to close off strongly late.

“I think he’s in as good an order (as late last preparation), but I can’t get a crack at them. I just can’t get a gate or have any luck. I can’t get on speed,” Dooley said about the 17-time winner.

“He’s going well. He was slightly disappointing in one run there at Geelong (September 4) where Western Sonador won. He sat three back the fence, and yes he made up about four or five metres, but he just didn’t let down as good as he should.

“You need racing and you need to draw well.”

Amazing Dream is set to start a short-priced favourite in Saturday night’s race, with Nathan Purdon’s star mare drawing well in barrier one following her fourth placing in the Victoria Cup. The multiple Group 1 winner will take on four rivals from that race – Torrid Saint (Julie Douglas), General Dodge (Mick Chircop), Mach Dan and Out To Play (Emma Stewart) – in the $60,000 event at Beckley Park.

Stewart has a team of four engaged in the Cup, with the progressive Abouttime and experienced open class stablemate Fourbigmen also in the field.

TUNE IN at GEELONG on Saturday night

MY ULTIMATE RONNIE, by Bettors Delight out of Gifted Bliss, winner of the NSW Breeders Challenge 2YO colts and geldings second semi-final.

At Shepparton on October 7, JUST HOPE settled down last of the seven runners, moved into the running lane in the final circuit (1-2) and came out three horses wide from the 300m mark. She ran home strongly for second and without being pushed out in the run to the finish. REPORT and REPLAY

The opening trial at Melton on October 12 was mere track work for the five runners. The order from start to finish was ITS BEAUJOLAIS from EUREKA, OUR ROAD TO MECCA, THE PANTHEIST and ENCHANTED STRIDE with no horse peeling to outside at any stage, even in the home straight! At least EUREKA used the sprint lane but with a last quarter of 26.64 seconds, it was impossible to make any ground. REPORT